The war movie honors our longing to leave this ravaged world, while also expressing hope in God’s plan to redeem it.

Before the climax of the World War I film 1917, Lance Corporal Schofield (George MacKay) escapes pursuing German soldiers by leaping from a cliff into a roaring river. As the current carries him away, he fights the urge to surrender to his exhaustion and find rest under the water. When he finally crawls ashore, he hears the sound of singing in the nearby woods. Following it, he discovers a platoon of fellow English soldiers, not engaged in fighting or killing, but plaintively listening to one of their comrades sing the folk song “The Wayfaring Stranger.”

“I am a poor wayfaring stranger / traveling through this world of woe,” the soldier sings, as the camera pans past the assembled listeners. With worry lines etched into their young faces and bandages still encrusted with blood, these men have already experienced more than enough woe in this world. Their only hope is the picture of heaven described in “The Wayfaring Stranger”: “Yet there’s no sickness, toil or danger / in that bright world to which I go.”

This forest is one of the few places of peace Schofield and his partner Lance Corporal Blake (Dean-Charles Chapman) find in war-ravaged France. On their mission into German-controlled territory to deliver orders that would prevent an unnecessary attack and save hundreds of lives, Schofield and Blake traverse every type of terrain, from lulling meadows to fields shredded by tank treads. In almost every scene, director Sam Mendes, working from a script he co-wrote with Krysty Wilson-Cairns, illustrates both the beauty of God’s world and the horror war inflicts upon it.

Alongside cinematographer Roger Deakins, Mendes presents the story as a series of long, unbroken takes, cutting or fading only when a character loses consciousness or sight. At its best, the technique highlights the fragility of peace in a time of war. Even when it finds a calm plot of land, Deakins’ camera keeps moving, soon unveiling trenches torn into the territory like open wounds, festering with bombs and ammunition and the bloated bodies of the dead.

Perhaps the most striking contrast occurs halfway through the movie, when Schofield and Blake arrive at a cottage surrounded by an orchard of cherry trees. The two men walk slowly through the field, watching the blossoms’ white and pink petals float by them. But then the pastoral scene breaks when three planes rip across the horizon. Foregoing tranquility to indulge in a moment of nationalism, Blake and Schofield cheer when the English pilots win the dogfight. Then they realize, in terror, that the downed German plane is heading straight for them. Without a cut to give us even a second’s respite, we watch the plane plummet from the sky and onto the ground right near Blake and Schofield, devastating the garden and leveling the cottage.

Even when it finds a calm plot of land, the camera keeps moving.

Every time 1917 finds a moment of beauty, whether it be Blake’s attempts to care for a German soldier or rest in a serene field, an explosion soon follows, announcing the return of war. In such a condition, it’s no wonder that the soldiers respond to the balladeer singing, “I’m only going over Jordan / I’m only going home.”

For some, both this line and the film’s portrayal of violence track with Christian eschatology. They understand these “wars and rumors of wars” to be part of God’s redemptive plan, a necessary evil that cannot be avoided until this Earth passes and the New Earth of Revelation arrives. But in her essay, “Toward a Political Theology of the Earth,” theologian Catherine Keller joins neither “believers who flee the earth, who indeed mistook it for a pagan mama deity,” nor non-believers who see climate change as an unavoidable apocalypse. Instead, Keller reads in Revelation not “any final outcome” but “the pattern of power,” which illustrates the “devilish difficulty of gathering friends of the earth against (yes, against) those who would lay it to waste.” For Keller, Revelation’s prophecy offers “not a guarantee but a promise”—a promise of hope that transcends territories and divisions, and inspires people to work together to protect God’s creation.

Such theology may seem at odds with 1917, a war movie about the most extreme type of division. Its use of long takes means that the film doesn’t blink at the destruction this fighting causes. We watch in real time as the earth explodes and shudders, and the bodies pile up. But at the same time, the camera’s unclosing eye sees bits of hope in its world of woe—not in the wayfaring stranger’s home over Jordan or in space waiting to be destroyed, but in this world, the here and now.

The most striking example occurs just as Schofield and Blake enter the aforementioned orchard. After Schofield laments that passing soldiers have chopped down so many of the trees, Blake reassures him. “They’ll grow again when the stones rot,” he declares. “You’ll end up with more trees than before.”

More than a horticultural factoid, Blake’s observation is also an act of prophecy, a hopeful promise, like those Keller reads in the Book of Revelation. This image of the fallen cherry trees rising back up, of the earth restored after the horrors of war, focuses attention on this world, not just the world to come. It inspires us Christians to work toward the joyful earth described in Psalm 96, where the fields are jubilant and the trees sing for joy, louder than the drums of war. 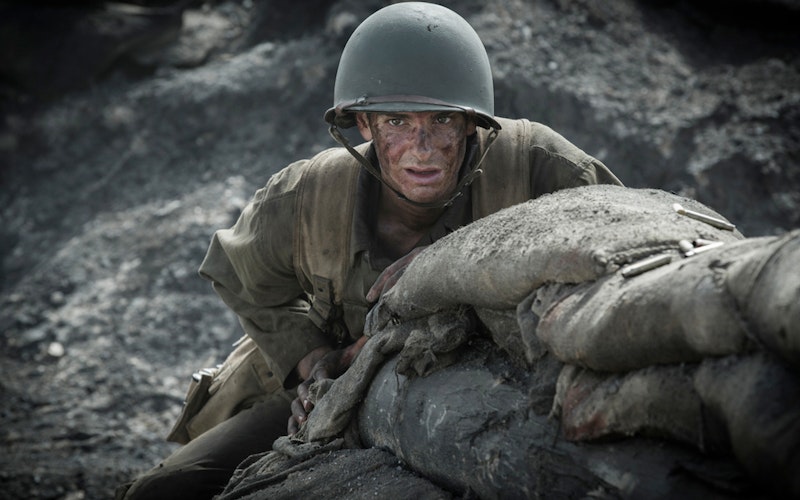 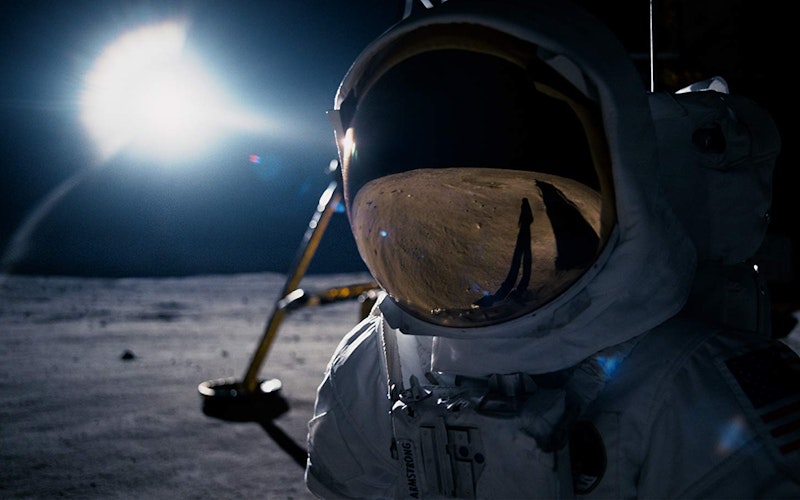 It is Not Good for (First) Man to be Alone 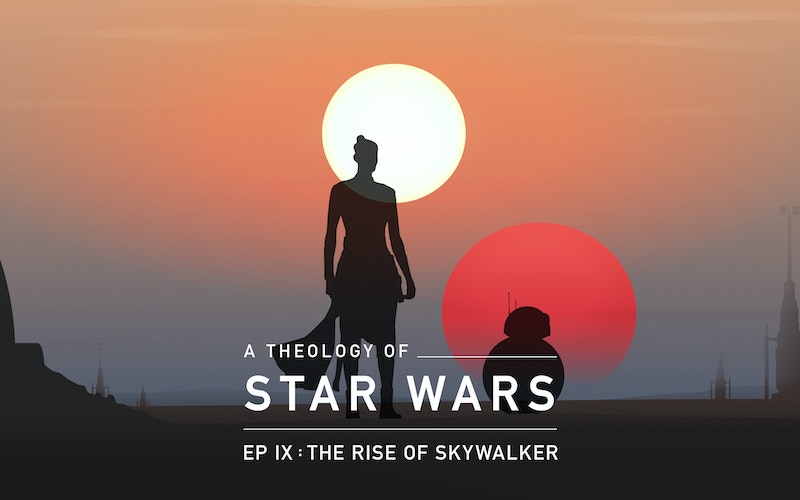