The indie musician’s electronic album functions as a sci-fi score for our present impasse.

As we find ourselves in extraordinary circumstances due to the coronavirus pandemic, I’ve had more than one friend or family member exclaim, “It’s like we’re living in some sort of end-of-the-world sci-fi movie!” Enter indie musician Sufjan Stevens and his stepfather, Lowell Brams, whose new electronic instrumental album Aporia serves as the B-movie score for our puzzling, apocalyptic times.

When Sufjan was 5, his estranged mother married Lowell Brams. Though the marriage didn’t last, the relationship between stepfather and stepson continued. The pair founded the independent label Asthmatic Kitty in 1999 to distribute Stevens' quirky debut album, A Sun Came. In 2019, Lowell retired from Asthmatic Kitty, leaving behind a legacy of indie music masterpieces connected with the record label. As a musical culmination of the past two decades, Asthmatic Kitty released Stevens' and Brams' collaboration, Aporia, on March 24, a few days earlier than anticipated due to record stores closing because of the COVID-19 crisis.

Asthmatic Kitty’s website describesAporia as “a rich soundtrack from an imagined sci-fi epic brimming with moody, hooky, gauzy synthesizer soundscapes.” Based on a Stevens'-curated Spotify playlist of musical inspirations, Aporia appears to be partially modeled after the synth-laden scores for Blade Runner, Under the Skin, Hereditary, and The Last Temptation of Christ.

Defining the word “aporia” is itself a puzzle. This is appropriate, for the term means something like “a perplexing difficulty,” “a demonstration of doubt,” or “an irresolvable contradiction.” From its Greek etymology, it literally means “at an impasse”—an aporia is a conundrum which forces you to pause, which stops you in your tracks. Again, this feels incredibly timely. In our present global crisis, where every new day seems to bring about more overwhelming news and there appear to be no easy solutions, Aporia perfectly captures the mood of our “impasse.” Meandering and melancholic, there is a certain coherence to the album, despite its many inspirations and collaborators (including James McAlister of The National, John Ringhofer of Half-handed Cloud, Yuuki Matthews of The Shins, and Cat Martino of Stranger Cat).

An aporia is a conundrum which forces you to pause, which stops you in your tracks.

The 21 songs on Aporia come in waves; each composition carries a distinctive musical aesthetic while remaining integrated within the whole. Where “Climb That Mountain” has the majestic quality of a cosmic choir, the percussive “Captain Praxis” sounds like something from a 1980s’ sci-fi car-racing video game—perhaps a track for a Tron spinoff. Some of these songs are more like transitions between movie scenes than full-length musical thoughts. For instance, “Palinodes” and “For Raymond Scott” are barely 30 seconds in length; both sound like someone just hitting random notes on a keyboard as they mess around with the sound settings. Still, there’s a unity to the smorgasbord of songs, one which sounds distinctly Sufjanesque in its avant-garde melodies.

The longest song on Aporia, “The Runaround,” is also the only one featuring lyrics (as well as a hypnotic music video). Opening with ethereal synth swoons before a quasi-metallic drum beat kicks in at half time, the song then adds electric guitars and builds like an otherworldly jam session over its affecting three-and-a-half minutes. In the final crescendo, Stevens' distinctive voice suddenly bursts through: “Give me a name / More than a flame / More than a metaphor / What are you waiting for / An open door? / Show me your face / Set it in place / Empty the reservoir / What are you waiting for / My troubadour?”

The lines “give me a name / more than a flame” and “show me your face / set it in place” echo the epiphanic encounters between Moses and God at the burning bush and the Mount Sinai narratives in Exodus, stories where a human being comes face-to-face with God and is forever changed by the experience. At the moment of the burning bush, Moses experiences an impasse: the God of the universe has commanded him to bring liberation to a chosen people in bondage, but he’s too fearful and uncertain to embrace this vocation.

We know how the story will end: that the exodus will bring the people to a promised land and Moses will be the exemplary Israelite leader. But in that moment, that impasse, Moses can only take each day as it comes, stepping forward in faith and hope that God will provide a way. When Moses asks God for his name, the Lord’s reply of “I AM WHO I AM” can also be translated “I WILL BE WHO I WILL BE.” There’s comfort in this self-revelation: the God of eternity, of both past and future, meets us in our present impasses and provides a way forward through the paradox.

Perhaps it’s fitting that the only discernible lyrics on Aporia are in the form of two metaphor-laden theo-poetic questions, even laments. Even as there’s a peaceful quality to Aporia—I would even call it therapeutic—this is not an album giving us clear answers or directions for the future age. Rather, it’s inviting us into a headspace of wonder, affirming our doubts and questions even as it consoles our frustrations and anxieties. As we patiently endure our present impasse, we wait in hope for “the open door,” with Aporia serving as the background music. 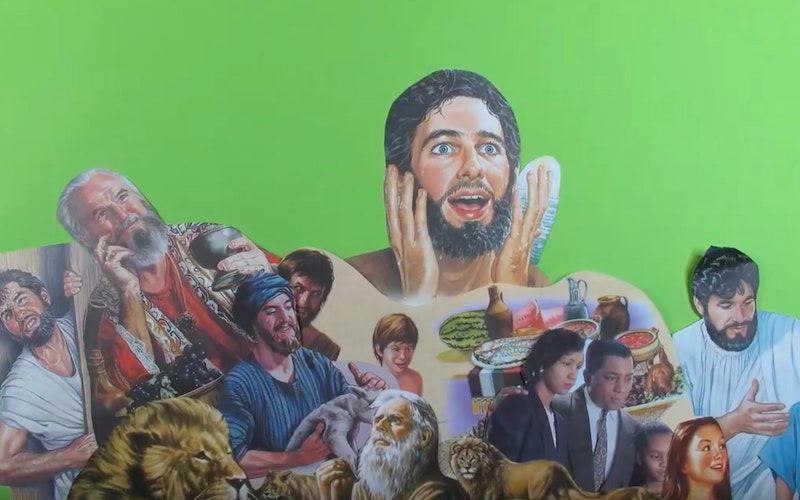 Sufjan Stevens and the Gift of Christmas Kitsch