Echoing the Apostle Paul, Oprah's speech called for both honesty and reconciliation.

Oprah Winfrey accepted the Cecil B. DeMille Award for lifetime achievement at Sunday’s Golden Globes and delivered a master class in award-show acceptance speeches. In just under 10 minutes, she navigated the complex and painful issue of sexual misconduct with words that were precise yet eloquent, expansive without being pedantic, and fiercely protective without being derisive. For those of us in the church, Oprah offered an exemplary demonstration of what the Apostle Paul described as speaking the truth in love.

After a year of whistle-blowing against sexual harassment, discrimination, and abuse in Hollywood, actresses and female entertainment executives organized in protest for the Golden Globes. Under the hashtag #TimesUp, attendees wore black and “Time’s Up” lapel pins to raise money for a legal fund and to further advance the #MeToo movement. It was fitting then that Winfrey, a longtime advocate for victims of sexual abuse, continued to use her platform, in her words, “to say something about how men and women really behave. To say how we experience shame, how we love and how we rage, how we fail, how we retreat, persevere, and how we overcome.”

In her speech, Winfrey recounted the moment in 1964 when she watched, as a little black girl being raised by a single, working mother, Sidney Poitier accept the Oscar as the first black man to win the Academy Award for best actor. She also told the story of Recy Taylor, who, despite death threats, publicly testified against the white men who’d kidnapped and gang-raped her in the 1944. Although her perpetrators were never convicted, the support network of activists that organized around her trial, led by Rosa Parks, helped spark the Civil Rights movement.

These stories balance both pain and progress—they speak of the truth, as the entire speech did. While rightly acknowledging the role Hollywood celebrities have played in putting the spotlight on abuses of power by men, Oprah also spoke about the unseen women enduring sexual abuse and assault in industries that never walk the red carpet: “They're the women whose names we'll never know. They are domestic workers and farm workers. They are working in factories and they work in restaurants and they're in academia, engineering, medicine, and science. They're part of the world of tech and politics and business. They're our athletes in the Olympics and they're our soldiers in the military.”

Oprah’s speech also made the most unexpected inclusion of all: she extended her words of blessing to both women and men. “So I want all the girls watching here, now, to know that a new day is on the horizon! And when that new day finally dawns, it will be because of a lot of magnificent women, many of whom are right here in this room tonight, and some pretty phenomenal men, fighting hard to make sure that they become the leaders who take us to the time when nobody ever has to say ‘Me too’ again.”

Oprah's words were fiercely protective without being derisive.

In Ephesians 4, Paul describes what it means to be a healthy community not tossed around by the falsehoods of religious imposters. He challenges the Ephesian church to love Christ by loving the whole truth and speaking it in love. With eloquence and precision, he spells out the path that speaking—and listening—in love requires: humility, forgiveness, and reconciliation, all made possible in the light of Christ’s compassionate, abundant truth. With an intensity of tone that the early church leader is known for, Paul makes an earnest plea to the Ephesians to forsake the futile thinking of their old lives, marked by ignorance and hardened hearts. All of this instruction is wrapped within a stunning vision of unity, an invitation for all who follow Christ to know their place of belonging as a part of the whole: one body, one spirit, one hope, one Lord, one faith, one baptism, one God and Father of us all.

Whether she was aware of it or not (and despite her decidedly unorthodox take on spirituality in general), Oprah Winfrey followed well the Apostle Paul’s outline—his own master class, if you will, in delivering an exhortation. She made plain the evil of sexual misconduct and the need for justice, while at the same time casting an invitation for “magnificent women” and “phenomenal men” to be part of the healing process going forward. As she closed her speech she, too, cast a beautiful vision, of a “new day” when no one ever receives or is guilty of sexual violation again.

Several years ago, as part of a training session for those of us who minister to the sexually wounded, I caught a clear glimpse of the new day Oprah evokes. During our closing time together, we were invited to first share brief testimonies and then to proceed together in communion, each of us breaking a piece of bread to serve to the one behind us in line. In that line I watched those who had shared stories of healing from sexual violation receive bread from the very hands of those who had confessed and received forgiveness as violators. There was no longer any division between us. In that moment, we were all freely given the body and blood of the Christ who made a way for us to be reconciled and even now sits at the right hand of God, interceding for us.

To be sure, sharing communion in such a way cannot take the place of legal justice, which should also be pursued whenever abuse is found. Quick and easy forgiveness, without true repentance and penitence, is no forgiveness at all. Yet as the waves of the #MeToo movement roll onto the shore of the institutional Church through the #ChurchToo campaign, we’d do well to also explicitly follow the guidance of the Apostle Paul, as well as take a few notes from the excellent rhetoric of Oprah Winfrey. In this way we can live into the fierce sort of love that invites everyone to speak and live Christ’s truth, knowing that only this truth has the power to set us free.

Tamara Hill Murphy lives with her husband Brian, an Anglican priest, in Bridgeport, Conn. Her writing has appeared in Plough, Art House America, and Englewood Review of Books. Find her at tamarahillmurphy.com or follow her on Facebook at Tamara Hill Murphy-A Sacramental Life. 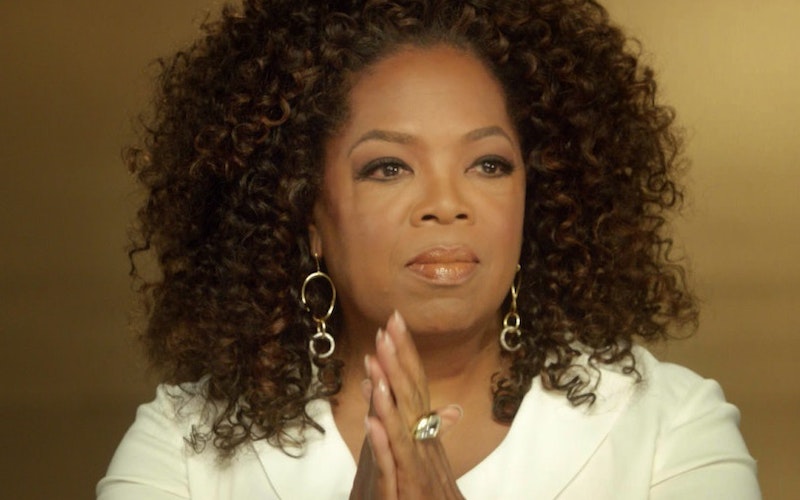 In defense of Oprah’s Belief series 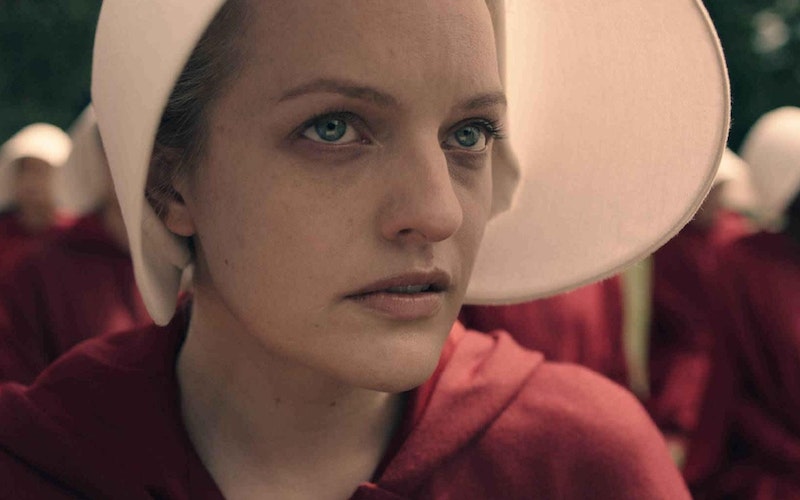 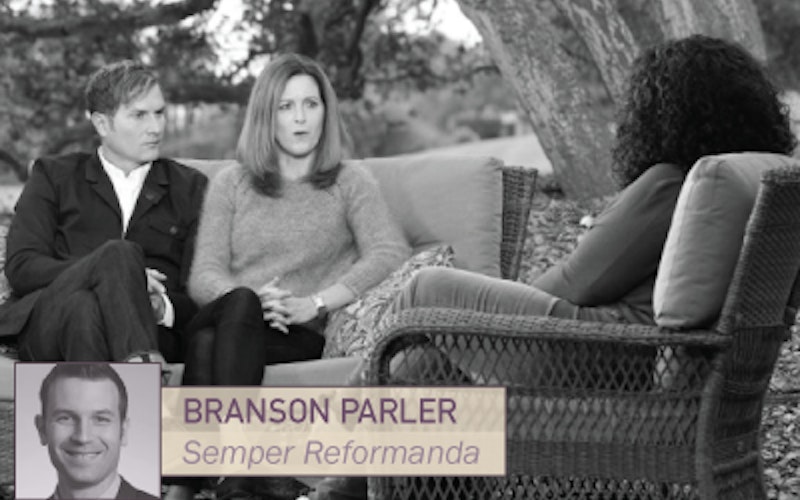 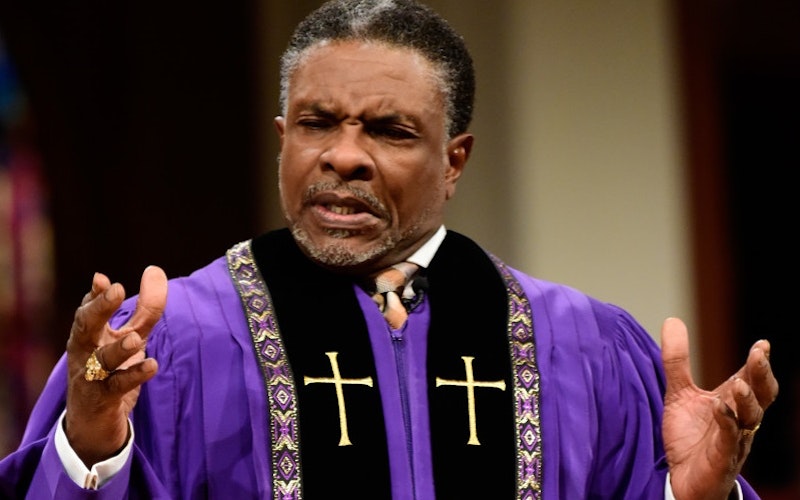