Could it be that the renewed passion for vinyl might reveal some eternal truths for a world obsessed with temporal tech?

Audiophiles seem to be having their moment in the cultural sun. Neil Young’s PonoPlayer, which purports to recreate the experience of vinyl LPs, has turned heads, even as numerousarticles aim to debunk the idea that vinyl sounds better. In fact, several corresponding arguments are conflating technical, psychological, emotional and even spiritual ideas surrounding the value of music and the concept of fidelity. It’s a cacophony of disconnection, exploitation and earnestness. Yet could it also be that the renewed passion for vinyl might reveal some important, eternal truths for a world obsessed with temporal tech?

One fascinating blip on the current cultural radar screen is a technical report called The Ghost in the MP3. Devised by Ryan Maguire, the geeky but somehow still romantic research paper demonstrates what is lost when an uncompressed digital (CD) version of a song is converted into an MP3. Maguire visually and audibly reveals the pieces of sound that are left behind in the compression process. It’s a haunting bit of tech theater, which suggests that MP3 compression kills the true sound of the original file, leaving behind a “ghost” as evidence of the murder.

I told you: geeky and romantic. I love it.

Might this evidence convince younger music listeners who have been raised on crappy MP3s that they have, in fact, been ripped off? Maguire’s is an impressive and visceral demonstration of the “lossy-ness” of digitization on both audible and visual wavelengths. Few people, however, have denied that MP3s sounded inferior to CD or vinyl. The more troubling implication is that millions of consumers seem not to care. Tinny music files playing through earbuds are cheaper and more convenient than high-quality sounds played through good speakers. And one truth about human nature is that we will trade the good, the true and the beautiful for an “easier” alternative every time.

Could it be that the renewed passion for vinyl reveals some eternal truths for a world obsessed with temporal tech?

Even so, the encouraging growth of vinyl is another example of the surprising resurgence of pre-industrial values that are infecting some hearts and minds in the West. This is good news. Might the growing value of analog music, craft-brewed beer, home-cooked food and single-origin coffee inspire some people to explore inconvenient, costly, fragile, time-consuming and risky relationships and worship? Might this also craft a more analog community of faith that, instead of trying to compete with culture on the bigger-faster-cheaper rat race, dares to step off the track and offer the smaller-slower-valuable Gospel?

Where are the other ghosts in our digital lives? What if we could see a digital imprint of the pieces of our relationships that are left behind in the digitization of our friendships by Facebook? These ghosts haunt and inspire me. I wish Maguire could develop an algorithm that would visually represent the scraps of truth left floating in the ether as we compress the mystery of faith into cheap, bumper-sticker slogans or opportunistic political pandering.

Maybe that’s what God’s still small voice is for. But we lost it in the compression.

Editor’s note: John J. Thompson’s new book, Jesus, Bread, and Chocolate; Crafting a Handmade Faith in a Mass Market World, is a more detailed exploration of the ideas at work here. Join us for a TC conversation with Thompson on Tuesday, April 7, at Flossmoor Station in Flossmoor, Ill. 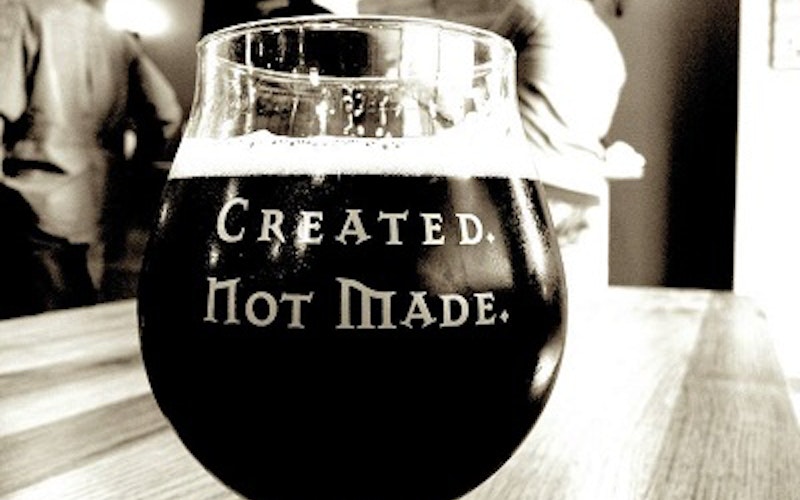