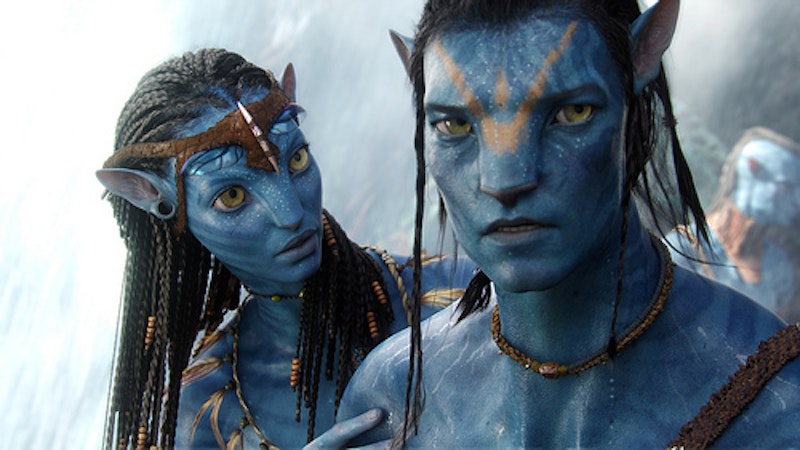 The Vatican doesn't think much of Avatar. And frankly neither do I.

When the film opened in Italy, the Vatican offered a review.  A Philadelphia Daily News columnist covering the release wrote:

The Vatican newspaper and radio station are criticizing James Cameron's billion-dollar 3-D blockbuster for flirting with the idea that worship of nature can replace religion - a notion that the pope has warned against. They call the movie a simplistic and sappy tale, despite its awe-inspiring special effects.

There are only a few really big ideas of what the world's all about. One God, no God, many gods, and variations therein. North America has historically been dominated by monotheism and the great questions of divine presence (or lack of it), but this story has fallen out of favor in our culture.

Rather, as surprisingly Christian and theologically reflective piece by Russ Douthat in the New York Times points out, Hollywood's themes are increasingly old-school pantheistic paganism. From Star Wars to Pocahontas to Avatar's "All Mother" force, the themes reflect an ancient worldview of divinity in all things and harmony in the cycle of life/death.

I hesitate to say this change is a loss for Christianity, since that would assume that the movies ever did reflect a truly Christian worldview (more likely Hollywood has been spewing a jumble of vaguely monotheistic bits that generally suggests God likes us and all, but we're mostly on our own, so let's stick together). Rather, I'd suggest the diversity of stories gives us a chance to more clearly articulate what is and is not the Christian story, much as Douthat has done.

Clearly, Avatar is glorious eye candy. It's a spectacular visual experience second to none, and groundbeaking in it's 3D techniques. It deserves many technical awards. But what finally soured my opinion of Avatar was the story itself, filled with stereotypes, cliches, and re-hashed film conventions.  It was Pocahontas & Ferngully rolled up with action sequences from Aliens. When the visual technique wore thin, I was checking my watch and waiting for it to be over. Once again, it seems narrative is everything.

So did you see paganism in Avatar? What other big big stories do you see in which films? Is the diversity of religious worldview in Hollywood films a loss for Christians or a chance to set our story apart?

(Editor's note: We've had several of our contributors write about Avatar.  The links to the other posts are here and here.)