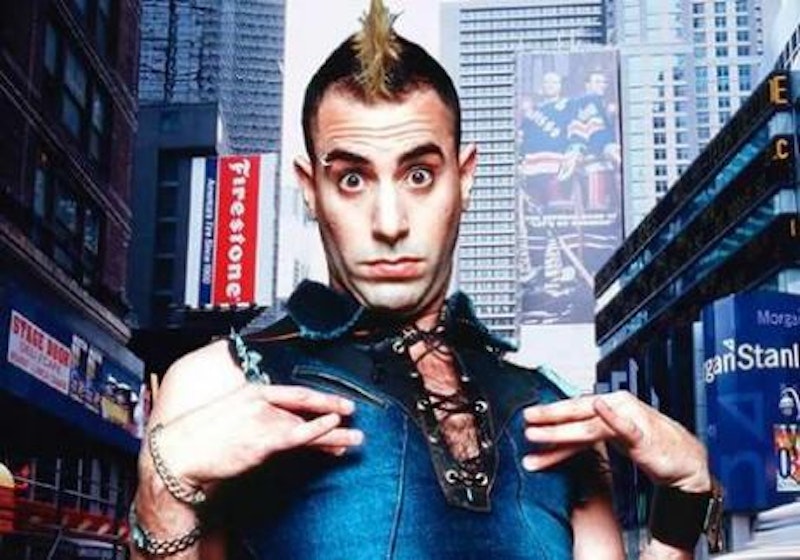 There are many horrifying sights in “Bruno,” the latest guerrilla comedy from Sacha Baron Cohen. The most troubling for me, however, involved the people in the movie who represented Christianity.

In “Bruno,” Cohen poses as the aggressively gay title character, a flamboyant fashion junkie who has traveled from his native Austria in search of fame in America. Inserting himself into real-world situations while the cameras roll, Cohen’s goal is the same as it was in “Borat:” to goad the ignorant, the intolerant and worse into revealing their own hard-wired hatred, this time as it pertains to homosexuality.

Though the resulting gags are often puerile and sexually graphic – if you’ve ever been offended at the movies, this is one you’ll want to avoid – I find Cohen’s approach to be a valuable form of comedic shock therapy. “Borat” and “Bruno” push America’s hidden prejudices up to the surface, forcing us to consider the limits of tolerance in this supposed land of the free.

In “Bruno,” that especially applies to Christians. There are a handful of instances in which Bruno encounters those who claim to be followers of Jesus Christ, and as you might imagine things don’t go very well. At one point, wearing full bondage gear, he stumbles into a protest march where people are carrying signs declaring God’s hatred for homosexuals. It’s like a collision between a band of fire-and-brimstone preachers and a gay pride parade.

Later, Bruno meets with the Family Research Institute’s Paul Cameron, who claims he can “convert” Bruno from his gay lifestyle. The excruciatingly embarrassing interview – in which Cameron prattles on about what a pain women can be - only reveals that Cameron’s homophobia is nothing compared to his disgust for the opposite sex.

Clearly, none of these people express the sort of care and understanding shown by Jesus in the Gospels. Instead, the Christians in “Bruno” have allowed the gay debate to become the defining issue of their faith. They are so certain of the sinfulness of homosexuality that everything else the Bible teaches is secondary.

Is that a fair interpretation of Christ’s message or a dangerously skewed perspective? What is a truer Christian trait: moral certitude or compassion?

And should it take something as extreme as “Bruno” to force us to ask these questions in the first place?