Why cease-fires have been so difficult in Gaza, Ukraine and the Central African Republic. And why they're crucial to Christian politics.

Cease-fires are cheap these days and by their nature they’ve always been a tenuous thing. Ban Ki-moon, U.N. Secretary General, is repeating calls for a respected cease-fire in Gaza. After the shoot-down of MH17, cease-fire conditions in eastern Ukraine remain tenuous. Last week’s cease-fire in the Central African Republic has broken down, as terrible violence between the area's Christians and Muslims resumes. It’s a brutal litany, begging the question of what exactly a Christian is to think about these seemingly transitory cease-fires? And why, with the possibility of reconciliation so distant, are such minor pauses still so important to seek?

Gaza, Ukraine and the Central African Republic are all very different conflicts, but one thing each has in common is that the fighting is not between obviously coherent or unified groups. This was part of the problem invoking "the responsibility to protect" in Libya, as well as calls for the same in Syria and now certainly in Iraq. Cease-fires, operational pauses in a conflict usually as the pretext for some kind of diplomatic effort toward an armistice (and eventually, maybe, peace), are extremely delicate first steps that necessarily require coherent and total, even if short-term, commitment. Cease-fires work most easily in conflicts between two hierarchical and intelligible groups. In the absence of this, they are extremely difficult.

In Gaza, for example, Hamas gets invoked often enough that it seems Gaza must be widely dominated and organized by the Palestinian organization. In fact, like in many middle-eastern conflicts, a range of proxy wars are often at work, usually at the terrible expense of those living on the front lines. There is little doubt that Iran’s fingerprints are all over the conflict in Gaza (despite Iran’s suspension of its support for Hamas). Israeli Prime Minister Benjamin Netanyahu has been explicit about it: “Hamas and Islamic Jihad are being financed, armed and trained by Iran…This Iran cannot be allowed the ability to produce fissile material for nuclear weapons.” Further baffling evidence has emerged that North Korea is continuing to negotiate arms deals with Hamas. In 2009, 35 tons of North Korean arms intended for Hamas (smuggled via Iran) were seized when a cargo plane was forced to make an emergency landing in Bangkok.

The reason these cease-fires seem doomed to fail is because the proxy backers of the wars want them to.

The problem with cease-fires is that what characterizes these tragedies is not organized war between two clearly delineated sides, but chaos. When we don’t know who is fighting whom, or why, and who may or may not be responsible for tragedies like MH17, it becomes impossible to not only hold players to account, but also to negotiate a coherent pause. The fog of war has become so dense belligerents aren’t even sure whom they’re shooting at. A true cease-fire would need to pull in all the major players of a conflict. But will Iran pull up a chair at the Hamas-Israeli negotiations or will Vladimir Putin sit and disavow the radicals in east Ukraine?

The reason these cease-fires seem doomed to fail is because the proxy backers of the wars want them to. The fighting suits them. The Syrian story is a mirror image of the same, a war fought to a large extent on the fault line between (Shia) Iran and (Sunni) Saudi Arabia. Just as it was said that the road to peace in Afghanistan ran through Pakistan, so the road to a cease-fire in Ukraine runs through Moscow, and the road to peace in Gaza runs through Tehran as surely as Jerusalem. As the P5+1 go to work (re)negotiating Iran’s nuclear deal, this must be front of mind.

Reconciliation and just peace are the hard-sought outcomes of Christian politics. Reconciliation, in Daniel Philpott's book Just and Unjust Peace, is a cornerstone category of justice, essential to any restoration of right relationships. The first step toward such peacemaking includes cease-fires, which in turn depend on lifting the fog of war. And to do that we must ask: just who needs to be reconciled – needs to cease fire - to whom?

Robert Joustra is assistant professor of international studies at Redeemer University College and editorial fellow at The Review of Faith & International Affairs. You can also find him on Twitter. / Image of an Israeli artillery soldier during the 2006 Lebanon War via Shutterstock. 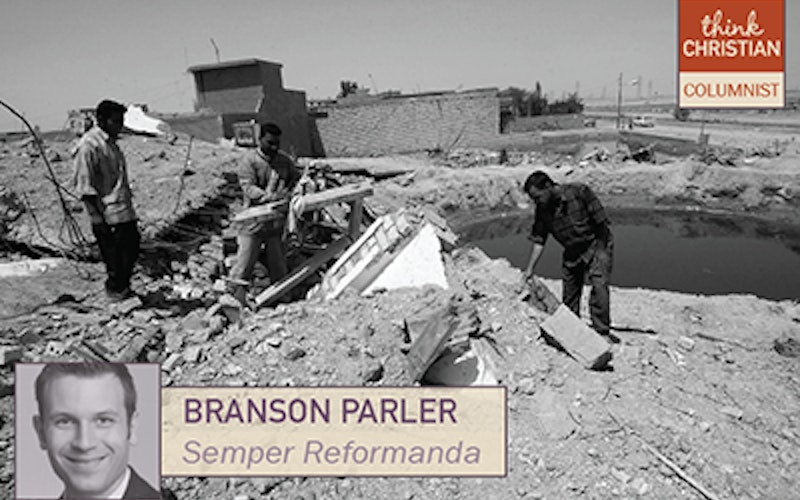 The fall of Fallujah and the city of God 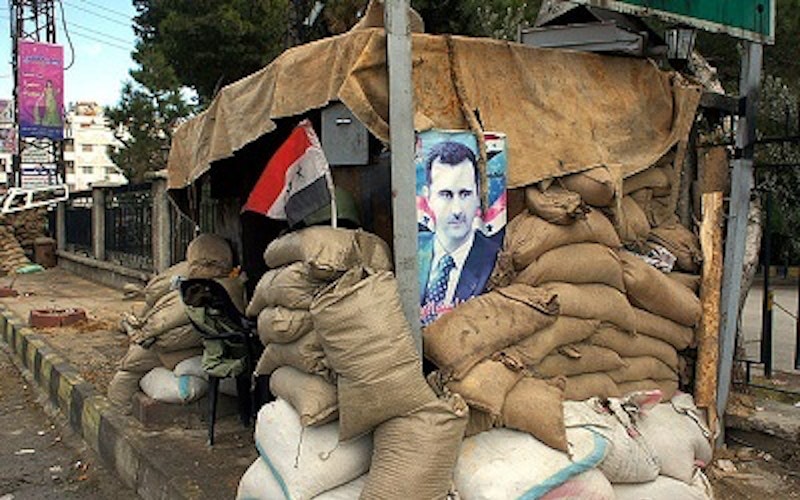