What do a new study on cohabitation and Gwyneth Paltrow's "conscious uncoupling" mean in light of a Christian understanding of marriage?

A recent study has shed new light on the issue of cohabitation, suggesting it’s no longer a predictor of divorce. Meanwhile, after 10 years of marriage, Gwyneth Paltrow and Chris Martin have announced their decision to “consciously uncouple.” What are we to make of these news items in light of a Christian understanding of marriage?

Past research has shown that living together before marriage is correlated with a higher divorce rate than couples who don’t cohabitate. But researcher Arielle Kuperberg recently wondered what would happen once you looked at the age of the couple when they started living together. She found that couples who lived together at age 23 or after had a dramatic decrease in the probability of divorce, whereas couples who cohabitated before that age had a much higher chance of divorce. This research suggests that age and not a marriage license is the best indicator of the success of the relationship.

For Christians, it’s worth noting that the Biblical vision of marriage is to “leave and cleave,” which includes sexual union. Moving in together is a marital act. Sexual union is a marital act. We can refuse to say marriage vows, but what we’re saying with our lives and our bodies speaks loud and clear. In fact, it takes a lot of work (as Seinfeldhumorously demonstrates) to disconnect ourselves from what sex inherently says: I am committed to you.

Marriage is not a contract but a covenant that points to God.

In an Atlantic article about the cohabitation study, Lauren Fox notes that our culture sees it as “odd not to test drive a partner before marriage.” This mindset exposes the consumerist way we view relationships. When I go to the car dealership, I want to test drive a vehicle. I want a 100% satisfaction guarantee. If it doesn’t live up to my expectations, I should be able to take it back. This view can masquerade as something psychologically healthy and enlightened, even after marriage. We consciously couple with someone because we think we can learn and grow in relationship to them. And when it is time to “consciously uncouple” – to borrow Paltrow's phrase - we don’t get angry but recognize that we are “partners in each other’s spiritual progress.” What’s the problem? This again turns a person into a vehicle. It says, “You are valuable insofar as you contribute to the center of my life: me.” As soon as someone hits a certain mileage or wears out their usefulness for this leg of the journey, there’s nothing wrong with trading in and, hopefully, trading up.

This raises the question: to what kind of marriage does cohabitation lead? If partners test drive one another long enough, they may feel confident that the other will maintain their end of the bargain, as in a business deal. (Even note how the business term “partner” has infiltrated our language.) And so the two partners have a successful relationship, negotiating with one another to make sure that no one is ever so dissatisfied that they dissolve the relationship. But this reveals that the underlying question is not “do you want a successful marriage?” but “what kind of successful marriage do you want?” Do you want a marriage in which you see your spouse as a vehicle to get you to your own goals (and vice versa), or one in which you see your spouse as a person you are called to love independently of their performance?

The Christian vision of marriage involves the total commitment of each spouse to the other. Marriage is not a contract but a covenant that points to the God who enters into a covenant with us. Spouses give themselves not because the other spouse has successfully upheld their end of the bargain, but because of God’s never-stopping, never-giving-up, unbreaking, always and forever love for them. Christian marriage is not sustained by compatibility or the rationale of the spouses heading into marriage; it is sustained by being rooted in God’s empowering grace to love my spouse the way that God loves me. If this is so, then no amount of “test driving” a future spouse can ever match the constant refueling that comes from the unlimited energy source of God’s other-centered love. 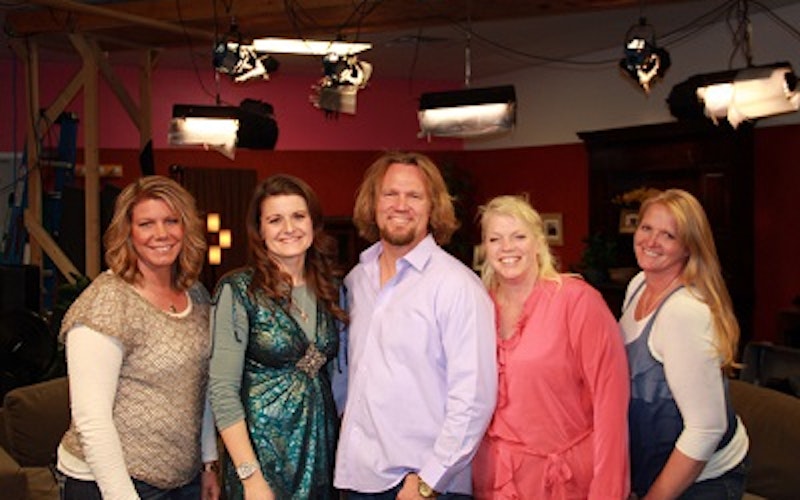 What the Sister Wives ruling should have us asking about polygamy