CSLewisDoodle brings the Christian apologist to YouTube in a way that's reflective of the Incarnation.

You’ve seen them before: the illustrated YouTube videos that condense TED Talks or leadership books into four-minute, hand-drawn illustrations. Now there’s a new voice (or rather old) on this scene: that of C. S. Lewis. CSLewisDoodle takes the Christian apologist’s essays and illustrates them with hand-sketched illustrations. Since its inception in 2012, the YouTube phenomenon has gained 12,600 subscribers and more than half a million views. There are even doodles in Portuguese and Norwegian.

The clever videos draw from such works as Mere Christianity, The Abolition of Man and The Screwtape Letters and have elicited comments such as, “This is blowing my mind” and “This is lifting up my faith.” By adapting Lewis’ words to a new medium, CSLewisDoodle encourages Christians to think critically about faith and, with the click of a button, gives them tools to easily share it.

Like all art, the videos are interpretive. In an effort to grab viewers’ shorter attention spans, CSLewisDoodle has renamed some essays. “We have No (Unlimited) Right to Happiness,” for instance, is here entitled “On ‘Sexual’ Morality.” There is both a scholarly sensibility (many videos include collated endnotes) and a cheeky British one (inserting Biblical quotations and referencing political leaders where Lewis does not).

Such creativity enables us to bear the image, however faintly, of the Word.

CSLewisDoodle may seem to be just another gimmick to make Lewis applicable to a new generation. I think, however, it’s something much deeper. I see it as reflective of the Incarnation.

John’s Gospel famously opens with logos, the Word made flesh, pitching His tent right in the midst of His creation. Through the Incarnation, Jesus took the form of humankind, while also being “very and eternal God, of one substance and equal with the Father.” And even as the Word became flesh, so can the flesh reflect the Word. In On Becoming Generative, artist Makoto Fujimura writes that “We find our creative identity in God. Genesis moments can be assumed simply because God is the great Artist, and we are God’s artists, called to steward the creation entrusted to our care.” All artistic work, whether it is explicitly Christian or not, is both a reflection of its culture and also reflective of the creative work of God. When we use words well - and when we use doodles to newly illuminate them – such creativity enables us to bear the image, however faintly, of the Word.

Even in a few short minutes, then, CSLewisDoodle extends and interprets theology for the edification of the church and the furthering of the Gospel. The videos pitch a tent right in the middle of YouTube culture, giving orthodox theology a contemporary form. Take a look at CSLewisDoodle. Maybe it will be more than a diversion. Maybe it will be a small way to steward the creation, share the Gospel and have an old conversation in a new way.

Ashley Hales holds a Ph.D. in English from the University of Edinburgh, Scotland, but she spends most of her time chasing around her four children and helping her husband plant a church. She writes at www.circlingthestory.com and loves to make friends on Twitter. 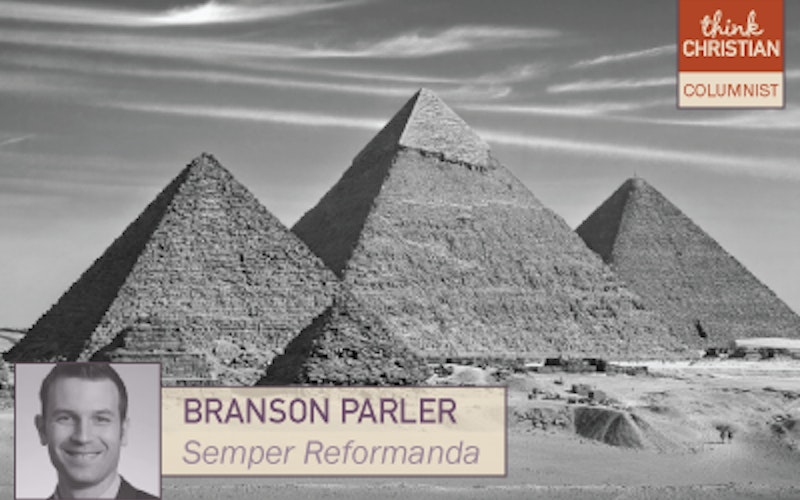 Is civilization natural? A Christian answer