M. Night Shyamalan is up to his old tricks in Glass, this time with a bit of biblical resonance.

I saw the Violent Femmes in concert a couple of years ago. They opened with “Blister in the Sun,” the megahit everyone knows. Every other band saves their biggest song for the encore, to ensure everyone sticks around. Not the Femmes. Their message was clear: if this is what you came to hear, you can go home now and let the real fans enjoy the show. I have to imagine, then, that the Femmes are fans of Glass, the latest film from M. Night Shyamalan.

Glass may be the most Shyamalan-esque film of the director’s uneven career. The movie embodies his reach for big ideas and small, intimate stories, while also showcasing the worst of his convoluted storytelling. In Glass, we get a twist, but also a small story about a big idea: how we can overcome those invisible forces in our world that seek to destroy us.

Glass is the third film in what fans have christened the Shyamalaniverse, which began 19 years ago with Unbreakable. That film (a comic book origin story ahead of its time), introduced us to David Dunn (Bruce Willis), who discovered he has super strength under the tutelage of Elijah Price (Samuel L. Jackson). In Unbreakable’s finale, Price reveals himself to be an aspiring supervillain, calling himself Mr. Glass (a reference to his ultra-brittle bones). Though Shyamalan reportedly always wanted to make a sequel to Unbreakable, the film was a box-office flop, so no sequels were to be had.

Then came 2016’s Split, which many hailed as a return to form for Shyamalan. Split introduced us to Kevin Crumb (James McAvoy), who suffers from dissociative identity disorder. Several of Crumb’s two-dozen personalities conspire to kidnap teen girls to feed to a final personality known as the Beast, who has animalistic strength and agility. Split ends with Crumb on the loose—and who should appear in the film’s final shot, but David Dunn.

Glass opens shortly after the events in Split. (Fair warning: full spoilers ahead.) With nearly no fanfare, Dunn—now known as The Overseer—clashes with the Beast. This is Shyamalan playing the hit, giving the comic book fans what they came to see: the third-act showdown turned into a prologue. If you came for a Dunn-Crumb fight, you can leave now because that's not the story Shyamalan wants to tell. Perhaps this was the real twist, given that the movie is called Glass: it was never going to be about The Overseer or the Beast.

The meat of the film involves these three—The Overseer, Beast, and Mr. Glass—incarcerated in a psychiatric facility, where they are ostensibly treated by Dr. Ellie Staple (Sarah Paulson). She claims they have deluded themselves into believing they have super powers, but eventually the film reveals Staple to be part of a shadow organization dedicated to eliminating superheroes, out of fear that they will one day rise up over everyday humans.

It's only as the third act takes shape that Shyamalan's themes become evident. Staples knows full well the true power her prisoners wield. She undertakes a campaign first of deception, then violence, to silence them. Particularly as the visible arm of a shadow organization of unknown power and global reach, Staple is an excellent corollary for what Paul describes in Ephesians 6: “Our struggle is not against flesh and blood, but against the rulers, against the authorities, against the powers of this dark world and against the spiritual forces of evil in the heavenly realms.” But in the Bible as in Glass, defeat of these forces comes at the hands of a twist.

Glass may be the most Shyamalan-esque film of the director’s uneven career.

Remember that Jesus’ death confounded Messianic expectations. The Jews under Roman rule were looking for a new David, a king to drive out their enemies and reestablish God’s earthly kingdom. A Christ, in other words, who came to play the hits. But rather than conquering Rome, Christ was crucified by Caesar. This was not the show his followers came to see. (No wonder they all abandoned him in his hour of need.)

Yet it was specifically by dying that Jesus defeated the powers of evil, including death. And so, drawing on Passover imagery, John the Revelator imagines Jesus as a lamb who was slaughtered but is alive. In Colossians 2, Paul writes that Jesus, “having disarmed the powers and authorities, he made a public spectacle of them, triumphing over them by the cross.”

The language of Colossians is particularly interesting in light of Glass. Rome designed crucifixion to be a public spectacle. A victim was never simply crucified. Rather, as with Jesus, they were (publicly) beaten and (publicly) paraded through town. Signs listing the victim's crimes were attached to the cross. Crucifixion was propaganda as much as it was punishment, meant to instill fear in the public.

But when Christ willingly died on the cross, God exposed Rome for what it truly was: a cruel, petty empire whose claim to eternal rule could only ring false. By raising Jesus from the dead, God demonstrated that Rome's ultimate weapon—fear of death—had no teeth. What good is crucifixion against a God who can raise the dead? So Colossians attests that Jesus “disarmed the powers and authorities.”

Similarly, Mr. Glass uses Staple and her shadow organization to create a public spectacle of his own. Glass convinces Staple that he's planning a superpowered showdown in the heart of the city center, pitting The Overseer against the Beast. She calls in the big guns and they murder all three supers at the psychiatric facility. But as he dies, Glass laughs and declares that this had always been an origin story. We learn that Glass has commandeered the security cameras Staple installed in the compound to broadcast her killings. In one act, he shows the world that those with super powers exist, and that Staple’s organization is intent on wiping them out.

It turns out Shyamalan was never interested in giving us the spectacle of a big superhero film. So his camerawork is deliberate, careful, and full of tricks and sleights (much of the Beast's fearsome power is implied or just off camera, for instance). And while Mr. Glass is hardly a Christ figure, he illustrates the surprising power of Jesus' good news: God doesn't win the way we expect. He’s not the Messiah who gives us what we want. He’s the Messiah who gives us what we need. 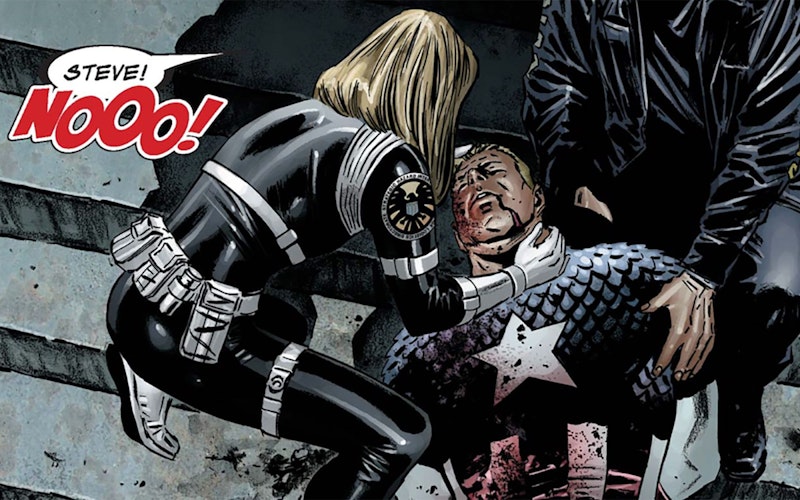 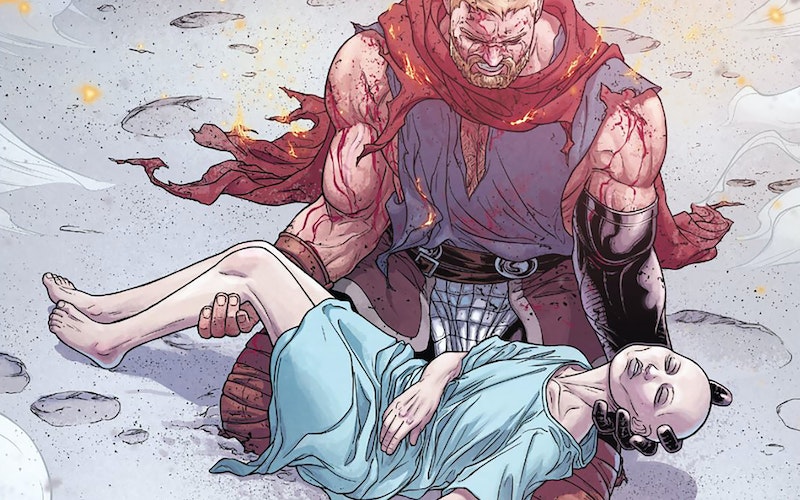 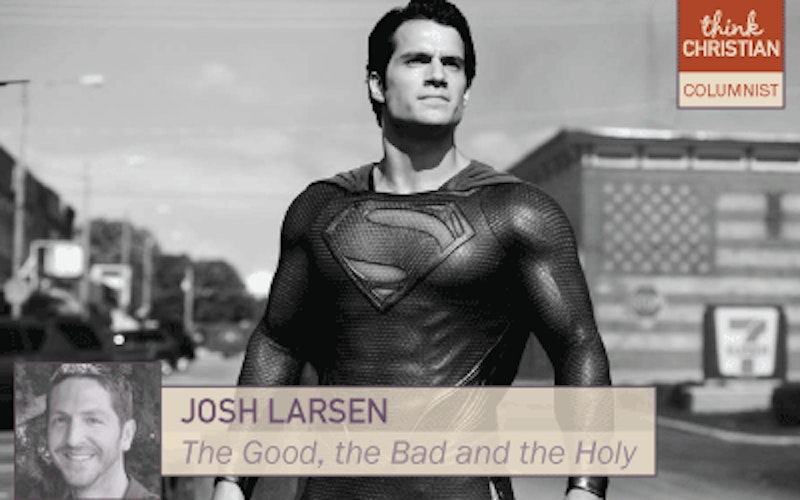 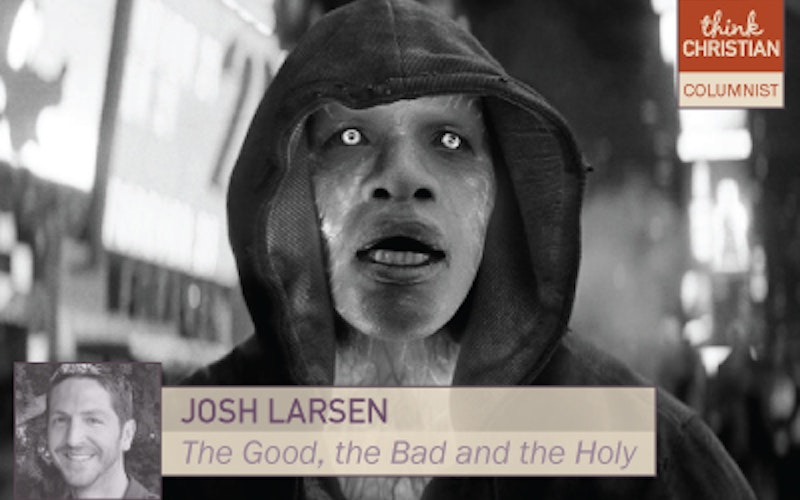 Captain America, Spider-Man and sympathy for the villains