“I mean, it's uncomfortable, the act of catcalling. But I'm not trying to do some social thing. I'm just trying to … understand.”

It’s the universal language of blue-collar appreciation for beauty. Maybe not always beauty; attraction, at least, is in the eye - and in the whistles and innuendos - of the beholder. Take my first experience, for instance.

These were the summer days in the early 1980s when I walked our rural route to the store with my older, adored cousin. She in her tanned and glistening mid-teens; I in my early, nubby adolescence. I learned then the power of attraction in the electric fright of men driving by in cars, honking horns, craning their necks to get a look at her. I kept walking, matching my nonchalance to hers. That day’s sex education added to the misinformation I’d gathered from the culture at large and a church subculture in particular that “boys will be boys” and sexual attraction is the result of sinful impulses. Add to that misinformation real-life episodes of violation against myself as a girl child, made in the image of God, and I’d begun to think the only righteous retort to a stranger’s attention was an indignant one.

Her photographs remind us that no person is absent the glimmer of the imago dei.

Photographer Hannah Price responded to this sort of attention by looking the catcaller in the eye and asking if she could take his photograph. The Yale School of Art student turned the portraits into a series titled City of Brotherly Love, featuring the photographs she took of men – of various ages and races - who catcalled her as she walked around Philadelphia. The media coverage of the exhibit created a stir on social media for the honest, open gaze she gives us into the faces of the men who only moments before gave her unwanted attention.

Raised in a Colorado suburb, Price says she’d never experienced strangers publicly expressing sexual interest in her. She did not know how to respond, so she did what comes naturally to her: she made art.

“I'm not trying to stop catcalling. I think (the behavior is) a given thing, especially for an urban community. I ended up making a relationship; I ended up taking time to spend time with people who threw me off guard and ended up making something beautiful out of it.”

What fascinates me about this story is Price's insistence that she does not consider these men "harassers" (as some outlets have mistakenly referred to the exhibit). Rather, she sees them as men acting out a culturally acceptable behavior. She could have chosen a more indignant response in the manner of Brooklyn artist Tatyana Fazlalizadeh's catcalling portraits. One can hardly fault Fazlalizadeh when her neighbors say things like this: “I’m a man. I’m supposed to. I think every man, if they see a woman they feel is attractive, should try to do what they can to acquire this woman.”

Instead, Price’s work looks at the men - individual human beings with their own stories - without making any critique of their behavior. Whether she is aware of it or not, her photographs lend dignity to men she encounters along her path and, in a subtle but powerful way, remind us that no person is absent the glimmer of the imago dei.

When I look at the portraits - three of which are now part of the permanent collection in the Philadelphia Museum of Art - I am invited to look through a lens of respectful attention. I look back into the faces worthy of being cast in the best possible light of a skillfully framed photograph. In turning her camera on these men, Price has found a creative, constructive way to at once honor the imago dei and turn the other cheek.

Tamara Hill Murphy writes at This Sacramental Life, where she encourages her readers to see God’s presence through daily practices of art, liturgy and relationships. Born and raised in the Northeast, she now lives in the bright city of Austin, Texas, with her audacious and often-homesick family: two daughters, two sons, one husband. / Photo courtesy of Hannah Price. 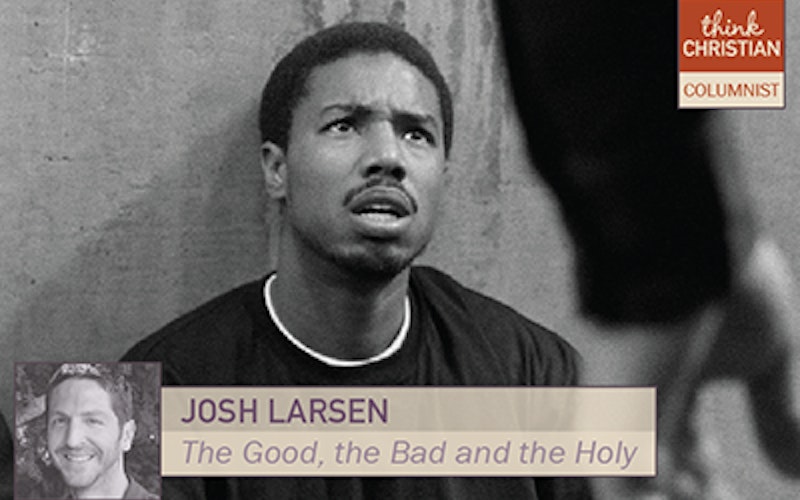 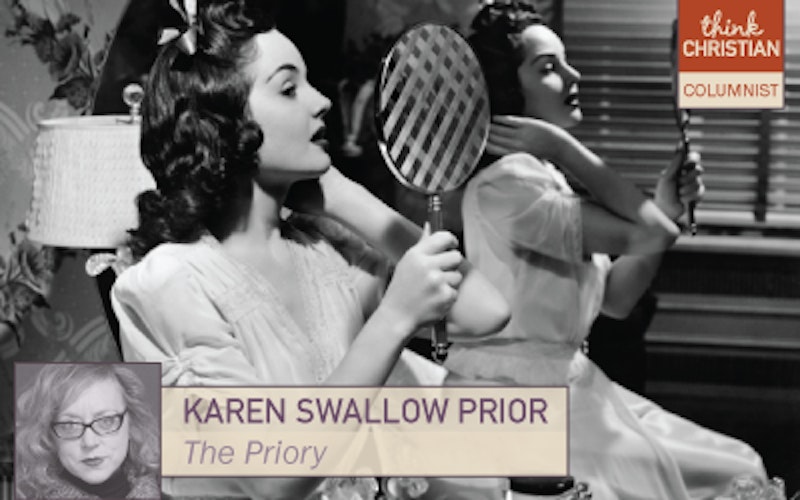