World Renew, a sister ministry of TC, is in Haiti offering assistance after Hurricane Matthew. You can join the effort.

Editor’s note: World Renew, a sister ministry of TC, has been working in Haiti since 1975 and is currently involved in relief efforts in the wake of Hurricane Matthew. This piece, originally published on the World Renew website, reports on the agency’s efforts.

It has been just over a week since the fierce winds of Hurricane Matthew hit Moulin Cheri’s home in the community of Duchity, Haiti.

The seven-room house this mother shared with her two children was swept away in the Category 4 storm, which killed over 1,000 people in Haiti. Only three of the 1,000 houses in her community were left standing.

“Even the clothes that I bought for my new baby are gone,” said Cheri, who is eight months pregnant. For now, her two young children are staying with a friend in a neighboring village. She had tears in her eyes as she talked with World Renew staff about the devastating disaster.

In Haiti, World Renew is responding to Hurricane Matthew in partnership with the local people of Duchity and other communities in Grande Anse, a region at the tip of Haiti’s southwestern peninsula. The majority of the people in this region live in inaccessible rural areas and make their living as small-scale farmers. Many farmers have lost their homes and crops.

“Driving into the mountain communities in the southwestern peninsula was shocking,” said Senior Project Manager Ken Little of World Renew’s Disaster Response Team. “Every structure had major damage, and most houses had no roofs at all. Any tall tree had been snapped in two, and the larger ones were uprooted. In the community of Duchity, there is no food. The adults are just as hungry as the children.”

When Little met with staff, partners, and community members in Duchity, there was no place out of the sun, so they sat together on the benches of a ruined church structure. World Renew has been implementing community development projects in this area, and Little is working with a 2,000-member farmer cooperative to respond to the hurricane damage.

Shelter is the most immediate need among Matthew survivors.

Assessments so far point to shelter as the most immediate need among Matthew survivors. With local and international staff and organizations, World Renew is providing tarps for temporary shelter and will begin to implement shelter repair and reconstruction projects in the weeks and months to come. Nearly 400 tarps have already been distributed. All supplies, such as roofing sheets, nails, and cement are being purchased locally to help those affected by the disaster and to strengthen the local economy. Immediate food aid is also being distributed to replace widespread crop and food stock losses.

World Renew has a history of disaster relief work in Haiti, having responded to the catastrophic earthquake that devastated much of the country in 2010 and killed nearly a quarter million people. Last year, the agency wrapped up its earthquake-response project, which included food distributions, shelter reconstruction, well drilling, and agriculture support. World Renew has been working in southwest Haiti to transition back to long-term development work in this area after finishing up this five-year, $17-million response.

“Haitians are just beginning to live with the new reality that this storm has brought,” Little said. “The loss of life, the extensive destruction of homes and crops, and the loss of livestock leave thousands of Haitians more vulnerable than before. Your donations are urgently needed to support those that are hardest hit.”

To contribute to World Renew’s efforts in Haiti, click here. 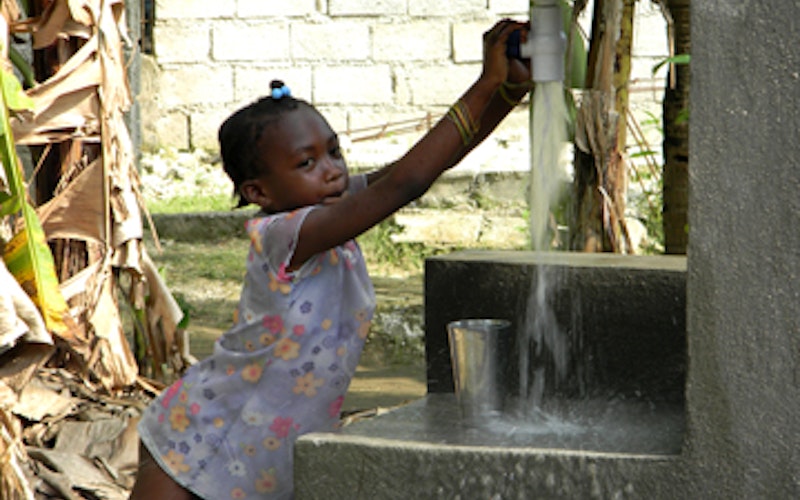 Virtual empathy and actual comfort, from Tucson to Haiti