I hope you haven't made any big plans for today—the world's about to end. Or so claims Yisrayl "Buffalo Bill" Hawkins, a self-proclaimed prophet in Texas. According to Hawkins, whose past predictions of the End in 2006 and 2007 have surprisingly not come to pass, the world will end today in nuclear war. 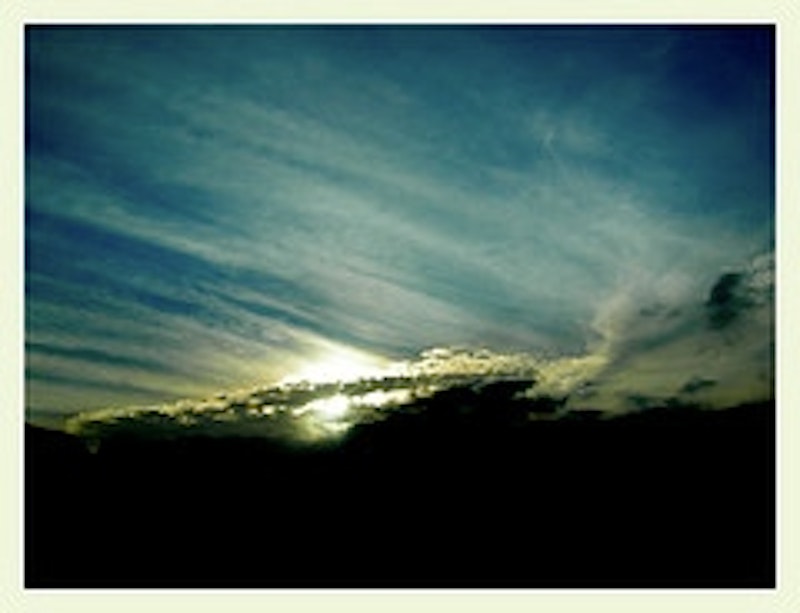 I'm not holding my breath. I mention this not because I think the world is about to be transformed into a radiation-drenched wasteland roamed by Mad Max-style mutant gangs, but because it fits well with a recent article by Ian McEwan about belief in an imminent Day of Judgment. You'll probably take issue with McEwan's approach—he's writing from the perspective of a skeptic alarmed by the widespread belief in a coming End Times—but it's nevertheless interesting to glimpse this phenomenon through the eyes of a self-confessed unbeliever. Here's an excerpt in which McEwan, having just discussed the Great Disappointment of 1944, marvels at the persistence with which believers try to set dates for the End Times despite the repeated failure of such attempts throughout history:

For centuries now, [belief in the End Times] has regarded the end as "soon" - if not next week, then within a year or two. The end has not come, and yet no one is discomfited for long. New prophets, and soon, a new generation, set about the calculations, and always manage to find the end looming within their own lifetime. The million sellers like Hal Lindsey predicted the end of the world all through the seventies, eighties and nineties - and today, business has never been better. There is a hunger for this news, and perhaps we glimpse here something in our nature, something of our deeply held notions of time, and our own insignificance against the intimidating vastness of eternity, or the age of the universe - on the human scale there is little difference. We have need of a plot, a narrative to shore up our irrelevance in the flow of things.

It is a bit weird that Christians keep trying to guess the date of the Second Coming, isn't it? (Either a specific date, or the more vague "certainly within a few years" that I've heard an awful lot.) And it's also a bit weird that Christians are so quick to move on to new predictions when the old ones don't pan out. Later in the article, McEwan laments that skeptical science and atheism just can't compete with religion's offer of a grand cosmic narrative in which we all play a central role. He also makes an interesting note about our ability to mentally compartmentalize our beliefs about the End Times—a typical Christian might believe that the Second Coming is right around the corner, but that doesn't stop him or her from making long-term investments or saving for college.

Lots to think about. Has any doctrine in the history of the church caused quite so much mingled hope and disappointment than the Christian belief that Christ will return one day in the blink of an eye? For centuries, Christians have lived their lives with the sense that the Second Coming was right around the corner. For past generations of Christians at least, this did not prove to be the case.

Does this fact affect your own beliefs about the End Times? Do you think the Second Coming is just over the horizon, or far off? And does it make a difference in the way you live out your faith each day?