On the final song of her Norman Rockwell album, the pop star proclaims that hope that is seen is no hope at all.

Sad girl autumn came early with the August release of a new Lana Del Rey album, and I’ve been happily despondent ever since. The provocatively titled Norman F***ing Rockwell! has been spinning nonstop for the past month and a half. I can honestly say it even makes 90-degree South Carolina feel like fall.

The record follows the artist famous for slurred, late-night prayers and sultry whispered pleas as she wanders through Cali daydreams and sleepless nights. With heartbreaking lyrics and melodic dexterity, Del Rey grasps through ethereal dreamscapes for something real. The smile that bloomed across her face two years ago on Lust for Life has given way to a look of desperation. Her pleading hand stretches from the album’s cover as though trapped in a Rockwell painting or Slim Aarons photograph—the idealized American dream.

Del Rey searches in an America awash in misinformation, in relationships characterized by deception, and in a culture high on nostalgia for anything true. It’s not until the album’s final moment that her fingertips fumble through the darkness onto something quite unexpected, something she can cling to. In the stillness, on the last track, she discovers hope.

Del Rey’s voice barely rises above a whisper as a few pensive piano chords undergird “hope is a dangerous thing for a woman like me to have … but i have it.” Leaning in, we hear her musing aloud as she thumbs through a folio of iconic mid-century photographs. The glamorous faces smile back from the glossy pages projecting a hopeless, unattainable dream: “All of these debutantes / Smiling for miles in pink dresses and high heels on white yachts / But I'm not, baby, I'm not / No, I'm not, that, I'm not.” Is this the American dream? Is this waxy ideal the hope of humankind?

The chorus interrupts the train of thought as Del Rey's voice rises to dance a haunting tarantella. Like an insomniac on the verge of a breakdown, she twirls about in the darkness, a “24/7 Sylvia Plath.” A mid-century pioneer of confessional poetry, Plath dealt with various demons, all while keeping up outward appearances, until taking her own life at age 30. Del Rey feels similarly trapped, writing true lyrics but not able to live a true life: “Writing in blood on the walls / 'Cause the ink in my pen don't work in my notepad.” She lampoons the hopelessness of her situation, bemoaning the impotence of songwriting—by writing about it in a song.

Composing herself before the second verse, Del Rey makes this confession: “Spilling my guts with the Bowery bums / Is the only love I've ever known.” For Del Rey, relationships, friendships, and family all feel false. With stoic detachment, she declares this to be the only place she’s found true love: among recovering alcoholics. Oh, there is one other place: “Except for the stage, which I also call home, when I'm not / 'Servin' up God in a burnt coffee pot for the Triad.” Recovery groups and the stage are the two places where she can confess her deepest sins, where she can let down her guard. For Del Rey, love pushes beyond glamour shots and fake smiles. Love must know and be known.

As the song progresses, Del Rey reminds herself repeatedly how dangerous it is to allow herself to hope. She wrestles with the way dreams project onto the world around us, control the way we view reality, and shape our hope. When the American dream is an idyllic Rockwell painting or Aarons photograph, what hope is there for the broken ones? What becomes of the polluted, the unloved, the lost, the weak, the sinner? Is it even possible to have hope in the midst of doubt, personal failure, and relational loneliness?

In the final verse, Del Rey admits to being “A modern day woman with a weak constitution, 'cause I've got / Monsters still under my bed that I could never fight off.” Once again the chorus rises and Del Rey’s quavering vibrato regains the strength to cast off the facade: “They write that I'm happy, they know that I'm not / But at best, you can see I'm not sad.” The momentum reaches a fever pitch as over and over again, Del Rey tells the truth: “Hope is a dangerous thing for a woman like me to have...” As though lifted by some otherworldly power, her voice lilts with a gentle defiance, “...but I have it / Yeah, I have it / Yeah, I have it / I have...”

When the American dream is an idyllic Rockwell painting, what hope is there for the broken ones?

The whole song, the whole album—indeed hope itself—hinges on this one word: but. Whispered in the last dying moments of this album is a dangerous hope. It is a hope contra—hope against hope.

Everything in Lana Del Rey’s life screams against hope. She’s a recovering alcoholic. She’s never known true love. She’s battling inner monsters and insecurities. She lives in a culture shaped by dreams that produce false hope. She admits “hope is a dangerous thing for a woman like me to have,” and she presents 13 reasons why. Nevertheless, flying in the face of it all, she declares, “...but I have it.” Despite it all, with an admittedly feeble grasp, Del Rey clings to hope.

What Lana Del Rey discovers in the bleak darkness is the definition of Christian hope. Christian hope is a hope contra. Hope looks at the bleak past and the uncertain future, hope knows personal failings and sins and shortcomings, hope sees a culture shaped by false narratives leading to broken promises, hope understands the impossibility of it all, and hope hopes against it all anyways.

The Apostle Paul holds up Abraham as an example of dangerous hope. When God promised him a son, he looked at his 100-year-old body, his wife Sarah’s barren womb, the impossibility of his circumstances, and chose hope contra: “Against all hope, Abraham in hope believed…”.

Hope can be a defiant fist raised in boldness and courage. In my life, however, hope is often a barely audible whisper. (“...but I have it.”) We read in the Scriptures how all things will work together for our good; how the kingdoms of this world are destined to become the kingdom of our Lord; how one day we will stand before God resplendent in radiant righteousness. Yet it’s sometimes hard to see how any of that could come true. And yet we hope against what we now see. As Paul writes,“But hope that is seen is no hope at all. Who hopes for what they already have? But if we hope for what we do not yet have, we wait for it patiently.”

As Christians, our hope is not an existential cry echoing in a nihilistic universe. Our hope has a foundation; our hope is tethered to a sure and steadfast anchor. When theologian Karl Barth was asked how he might sum up his theology, he smiled and responded with the words of a song his mother used to sing him as a little boy: “Jesus loves me, this I know, for the Bible tells me so.” Those words are filled with a dangerous hope, one that we can rest in. 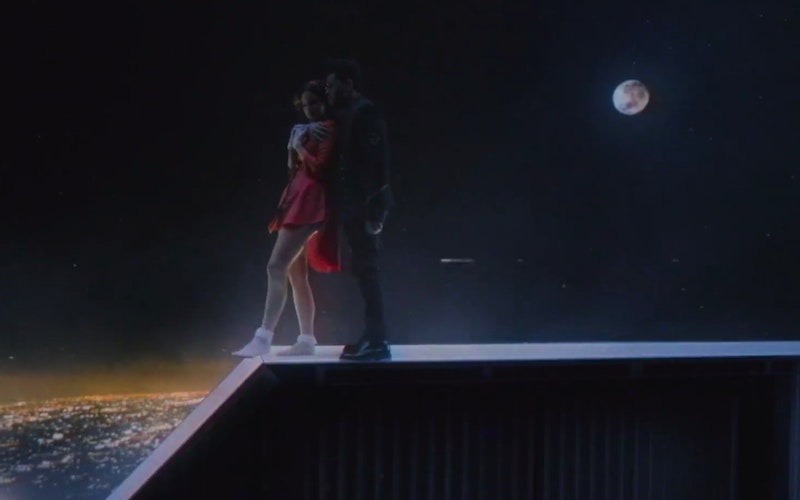 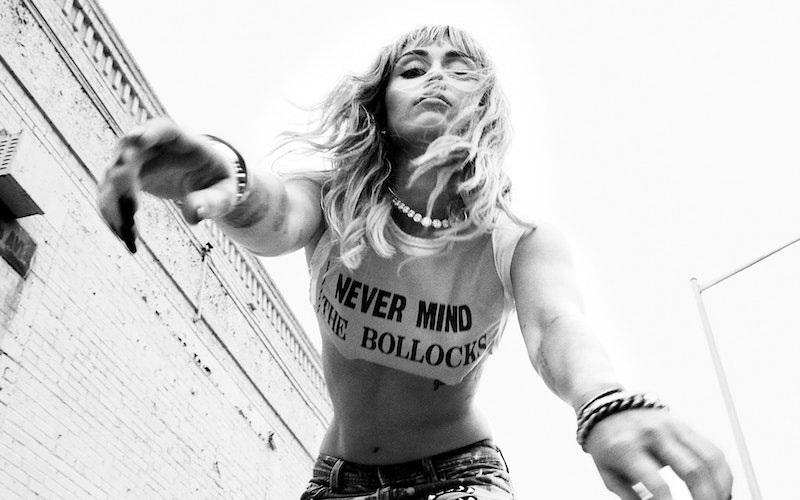 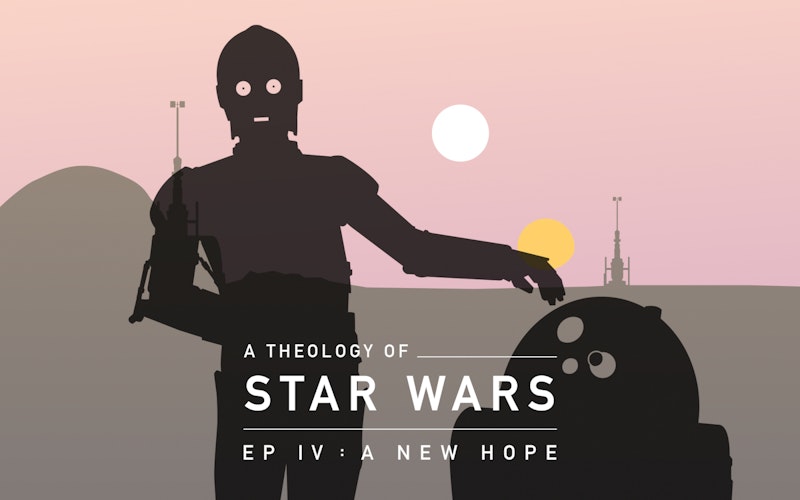 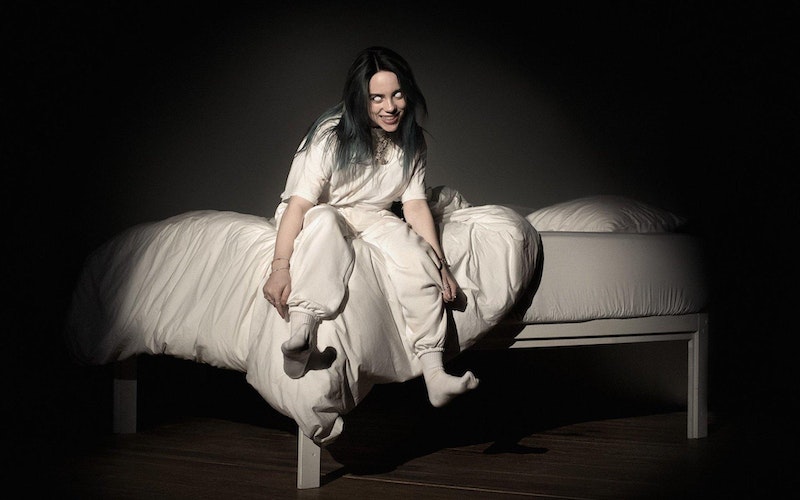 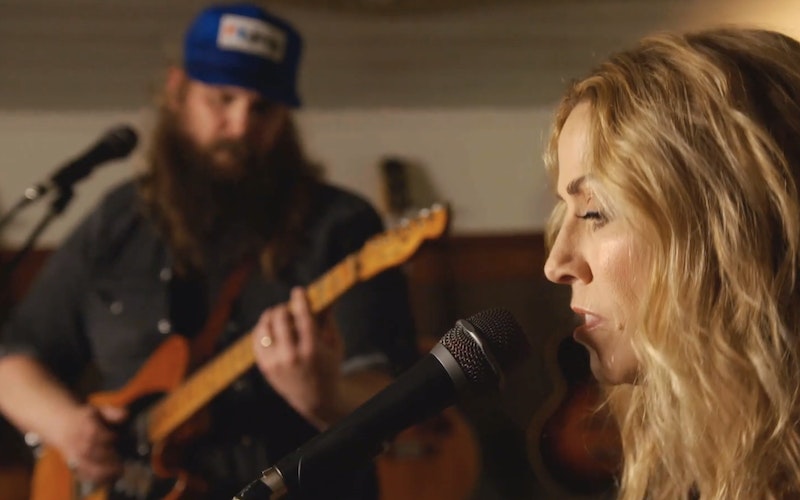 Blest be the Thread that Binds