The return of Superman in Man of Steel means the return of something that’s nearly as invincible: talk of Christ figures.

Never mind that he was created by sons of Jewish immigrants, Superman has surpassed the likes of E.T., Cool Hand Luke, Gandalf and Harry Potter to become the definitive, pop-culture Christ figure. A child sent from another world and raised by parents of this one? Who grows up to demonstrate miraculous powers? And saves the planet? Man of Steel even adds a shot of Clark Kent (Henry Cavill) in church with a stained-glass image of Jesus in the background. What more could Christians ask for?

It seems to me that the practice of identifying Christ figures almost always brings more to the movies at hand than it does to our understanding of Christ. It adds religiosity and resonance (even if neither are intended), yet rarely informs our faith. As a theological exercise, Christ-figuring is a one-way street.

In “The Pedagogical Challenges of Finding Christ Figures in Film,” his contribution to Teaching Religion and Film, Christopher Deacy notes that focusing on Christ figures can be both superficial and misleading. He writes: “Classroom discussions would be more productively spent looking at wider debates between theology and film than ones that see cinematic characters as little more than ciphers whose existence is predicated upon the existence of the New Testament Jesus and who are accordingly not instrumental in their own right.”

The practice of identifying Christ figures almost always brings more to the movies at hand than it does to our understanding of Christ.

And this isn’t only because Christ-figuring does a disservice to the movie character, which is Deacy’s main point. It also does a disservice to the character of Christ. If any figure who dies and returns; any figure who offers sacrifice in any way; any figure who comes from another world to do good, is a Christ figure, then how is Jesus all that different from so many of our movie heroes? At what point does Superman become less like Jesus and Jesus more like Superman? (Keep in mind that Warner Bros., the studio behind Man of Steel, even provided sermon notes for pastors titled “Jesus: The Original Superhero.”)

Every Christ figure will fall short in some way, but what’s commonly lost in these glib associations is the difference between sacrifice and atonement. And atonement, as Swiss theologian Emil Brunner notes in his book The Mediator, is the main point: “There is no other possibility of being a Christian than through faith in that which took place once for all, revelation and atonement through the Mediator.” At the movies, Christ figures will sacrifice themselves to save another – or maybe even all humankind – but they rarely do so to atone for the fallen state of others. If we take that away, what’s left?

Admittedly, atonement is hard to capture onscreen partly because it is an act that we can barely comprehend, let alone depict. Rather than capture that sense of salvific mystery, Christ figures pin Jesus down by focusing on more tangible traits: otherworldly powers, saving acts, flying. (Surely Jesus flew as part of the Transfiguration, right?)

Yet what we lose in this literalization is what American missionary Samuel M. Zwemer identified as the inexplicable crux of Christianity. “If the Cross of Christ is anything to the mind, it is surely everything – the most profound reality and the sublimest mystery,” Swemer wrote in The Glory of the Cross. “One comes to realize that literally all the wealth and glory of the gospel centres here. The Cross is the pivot as well as the centre of New Testament thought. It is the exclusive mark of the Christian faith, the symbol of Christianity and its cynosure.”

If you’re looking for Christ figures, then, look for the sign of the cross. Let’s not be too quick to replace it with an “S” on some guy’s chest.

(Both the Zwemer and Brunner quotes can be found in John Stott’s The Cross of Christ, an exceedingly helpful book in putting the notion of Christ figures into perspective.)

Josh Larsen is editor of Think Christian. He also writes about movies at LarsenOnFilm and is the co-host of Filmspotting. Connect with him on Facebook, Twitter and Letterboxd. / Photo courtesy of Warner Bros. Pictures, with illustration by Jerod Clark. 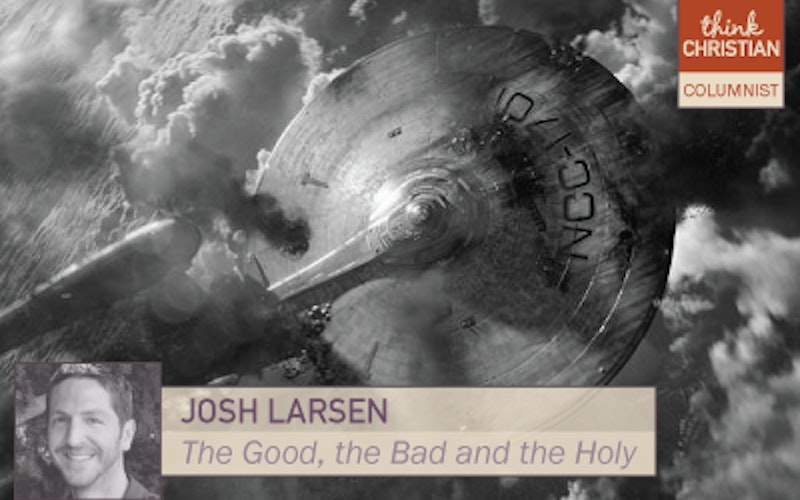 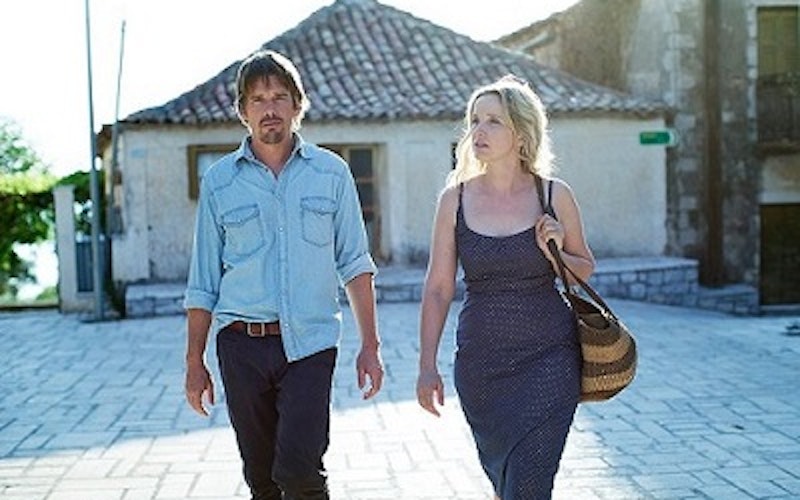 Holiness or happiness? The challenge of Before Midnight