On a recent soggy weekend in Hot Springs, N.C., my heart was challenged, expanded and warmed as I spent three days with a group of mostly progressive, liberal, Christ-seeking thinkers and feelers at the Wild Goose Festival.

Having essentially grown up at the Cornerstone Festival, I thought I had an idea of what to expect. Boy was I wrong. Although both events were in some ways inspired by the Greenbelt Festival in England, they are more cousins than siblings. Where Cornerstone was a music-focused event that included a copious amount of carefully vetted and curated teaching moments, Wild Goose is primarily a conversational event that happens to have some music thrown in.

Now in its fourth year, the festival gathers just over a thousand spiritually passionate, mostly theologically liberal folks to talk over difficult subjects such as gay marriage (mostly for it) perpetual international war (mostly against it) and how to understand things like agriculture, justice, mental health, sexuality and feminism through the prism of worship, Scripture and community. Most of the attendees I met came from United Methodist, Episcopal, United Church of Christ, Lutheran or Catholic backgrounds. In fact, most of the people I met were not only members of these churches, but pastors and lay leaders.

I spent half a day hanging out with Bill and Cherie Guerrant of the organic and sustainable White Flint Farm in central Virginia. I heard Krista Tippett, host of NPR’s On Being, interview emerging church heroine Nadia Bolz-Weber about planting a church and the challenges of ministering to “normal” people. I met a conservative Seventh Day Adventist brother who came to the festival because evangelical heavyweight Philip Yancey was on the bill. I heard festival director and Belfast import Gareth Higgins read from his latest book. For such a small event, Wild Goose manages to cram an astounding amount of content into three days.

Fortunately, complete agreement is not a prerequisite to fellowship.

There were some special musical moments at Wild Goose, as well. Speech, of the socially and spiritually provocative early ’90s hip-hop group Arrested Development, was excellent. Phil Madeira assembled an all-star band for his bluesy main-stage set. The side stage hosted fantastic sets by Cornerstone favorites The Lost Dogs and The Violet Burning. Former Over the Rhine member Ric Hordinski has been a fixture at Wild Goose for years and Aimie Wilson charmed with her innovative, alternative folk. The real breakout moment, however, featured L.A.-based Run River North. These kids create some of the coolest neo-folk-alt-pop on the block. With a forthcoming, mainstream-label album, there is no doubt they will be one of the most talked about bands of 2014. The Goose gets special kudos for being the band’s festival debut.

The Indigo Girls were definitely the biggest draw. They also serve as a perfect example of what makes Wild Goose unique. While the Georgia duo have explored Christian themes from day one, they would never have been comfortable playing at a specifically Christian event or being labeled Christian musicians. But not only did they play, the openly gay artists sat for an hour-long, onstage interview with Tippett and discussed their spiritual journeys, their relationship to the church, their concepts of God and even their history with gospel music. It was clear that the welcoming environment of Wild Goose was very special for them.

Did I personally agree with everything that was said at this gathering? Nope. Fortunately, complete agreement is not a prerequisite to fellowship. Wild Goose is not the kind of place your typical evangelical youth leader would bring his group for “safe” Christian entertainment, but between the seminars, panel discussions, onstage interviews and impromptu beer-garden Bible studies, it is certainly a uniquely provocative and engaging spiritual experience that I look forward to repeating.

“JJT” has been chasing the thread dangling between eternal truths and temporal creative experiences for nearly three decades. He is a writer, a businessman, a father, an artist and a seeker. Read more about him at JohnJThompson.com. / Photo of Speech by John J. Thompson, with illustration by Jerod Clark. 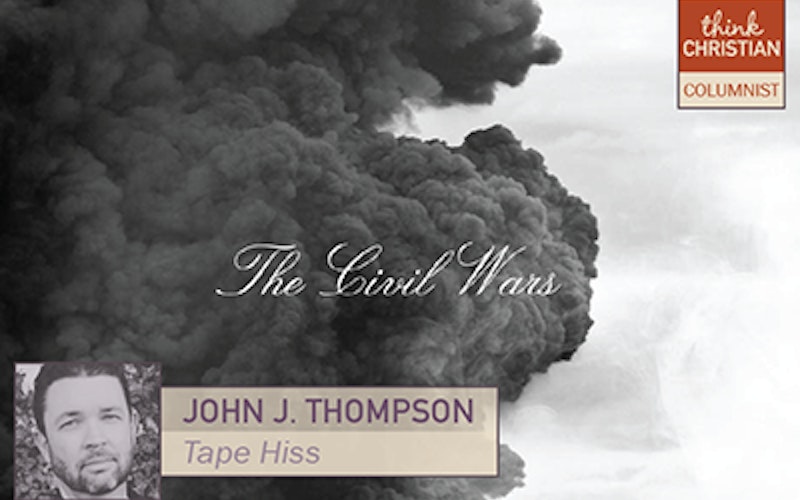 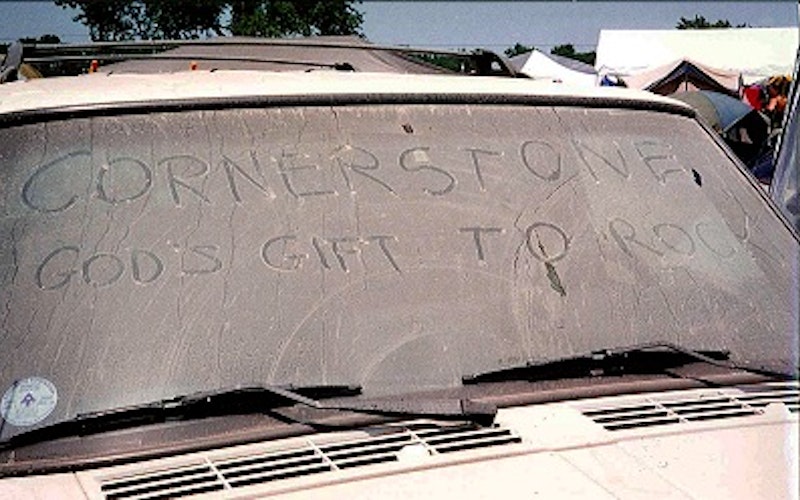