Jonah Hill’s film reminds us that we shouldn’t have to work hard to find true belonging.

Late in Jonah Hill’s Mid90s, the movie’s thirteen-year-old protagonist Stevie (Sunny Suljic) is visited by his skater friends while he’s in the hospital recovering from an injury. It’s one of several he’s sustained trying to impress these older boys he admires. He shows off his casts and jokes with them for a while. Then Ray (Na-kel Smith), the group’s unofficial leader, tells Stevie something that puts their relationship, and the whole film, in a different, more profound light. “You take the hardest hits of anyone I’ve ever seen in my life,” Ray tells Stevie. “You know you don’t have to do that, right?”

Mid90s is a movie about looking for belonging and acceptance, and the performative elements that search often takes on, particularly in young men. The movie shows how that performance can morph into unhealthy attitudes and lead to destructive places, and the way it’s used to mask vulnerability and pain. The film also shows how, in the end, our bonds, shared experiences, and care for each other, as exemplified by the words of Proverbs 17:17, are really what matters.

At the beginning of the film, Stevie is directionless. The only role model in his life is his older brother Ian (Lucas Hedges), who can’t stand him. When Ian isn’t beating him up, Stevie’s sneaking into his room to check out Ian’s collection of rap CDs and paging through his issues of The Source. Stevie finds the validation he’s seeking in the group of high school boys who hang out at a nearby skate shop. The boys—Ray, Fourth Grade (Rider McLaughlin), Ruben (Gio Galicia) and a crudely-nicknamed character (Olan Prenatt), whose name I won’t repeat here—are funny and tough. They’re talented skaters. Most importantly, though, they’re cool older kids who seem to genuinely like having Stevie around.

So, Stevie throws himself headlong into his new friendships, determined to prove to the guys that he can keep up with them. When the other boys disrespect women, or use homophobic or racist slurs, Stevie joins in. When they drink at a party, Stevie drinks, too. When two of the boys jump their boards over a gap in a roof, Stevie follows suit, then promptly falls through the gap and cracks his head. Stevie’s taking his licks, losing his innocence, putting his future in danger. But if this is what real friendship and adulthood mean, it’s worth it, right?

Of course, we know the answer is no. Some of the boys, like Ray, are starting to figure that out for themselves. Ray hints to Stevie that the endless hours they all spend together is mostly to avoid problems at home. The drugs and booze and slacker posturing are getting in the way of skating, which was what helped them create community and escape those difficulties in the first place. To help drive this home, Hill often combines scenes of the boys skating together with music that either evokes sensitivity or freedom—the soaring melodies and riffs of Hungarian psych-rock band Omega, or the subdued vocals of Morrissey.

We can get caught up in showing the outward appearance of a healthy, spiritually-driven life, but fear that if we’re honest about our needs and weaknesses, we’ll be failures.

The boys of Mid90s have the capacity to live into the same call to community Paul calls the church to in Galatians 6:2, but first, they have to get their priorities straight. Their struggle reflects the same performative struggle that afflicts all forms of community, including the Church. In Galatians 5, Paul reminds his readers that when we seek justification under law, rather than through love, we alienate ourselves from the grace we’re given in Christ. We can get caught up in showing the outward appearance of a healthy, spiritually-driven life, but fear that if we’re honest about our needs and weaknesses, we’ll be failures.

Like Stevie, we sometimes sacrifice the parts of ourselves that need the most attention for relationships that aren’t based on true understanding. In order to create lasting personal and spiritually-driven community with others, we have to know that we can be there for each other when things get tough.

For Stevie and his friends, it takes a brush with death for that to happen—and for the boys to finally figure out their behavior needs to change. After an accident lands Stevie in the hospital, Hill shows the guys passed out in the hospital waiting room, having been there all night long to make sure their friend is okay. And then Ray gently reminds Stevie that he doesn’t need to take those hard spills.

When Ray tells Stevie he takes the hardest hits of anyone he’s ever seen, Ray doesn’t just mean the kid’s physical injuries (though that’s definitely part of it). He means that Stevie works harder than he needs to in order to keep up with the other guys, when keeping up with them was never something he needed to do. From the moment he met them, he was part of the group. He never needed to fall off roofs, or drink 40s, or get high. For that matter, none of them did.

It’s a moment that echoes the gospel, and also pulls back to Paul’s teaching in Galatians. Just as the boys are reminded that their bond doesn’t require breaking an arm or getting fall-down drunk or telling offensive jokes, so we are also reminded that what matters in relationship isn’t strict adherence to the laws of a spiritual or social tribe. The gospel has freed us from having to do that, and puts the emphasis back on the fruits of the spirit: love, joy, peace, patience, kindness, goodness, faithfulness, gentleness and self-control.

Mid90s leaves its characters just when it seems like they’re about to turn a corner and have that realization themselves. But it does leave the door open for hope. They’re learning they don’t need to perform for each other to maintain the community they’ve built. Just like them, we are constantly learning and re-learning that we don’t need to be untrue to ourselves to be part of God’s community. We’re already there. 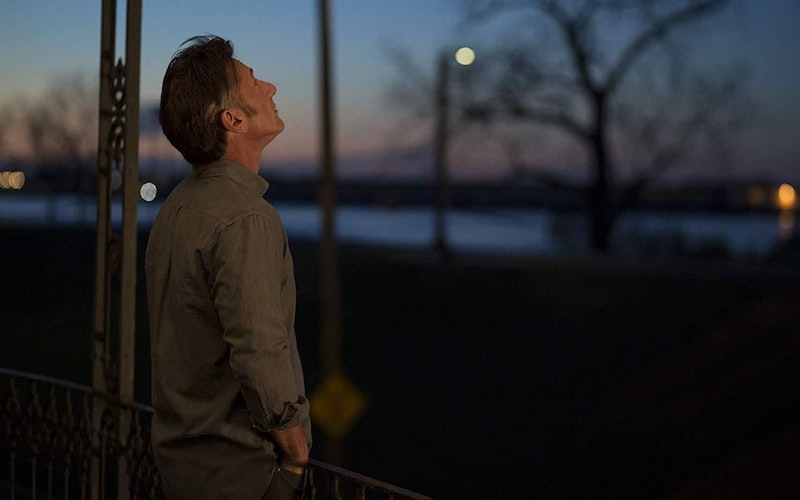 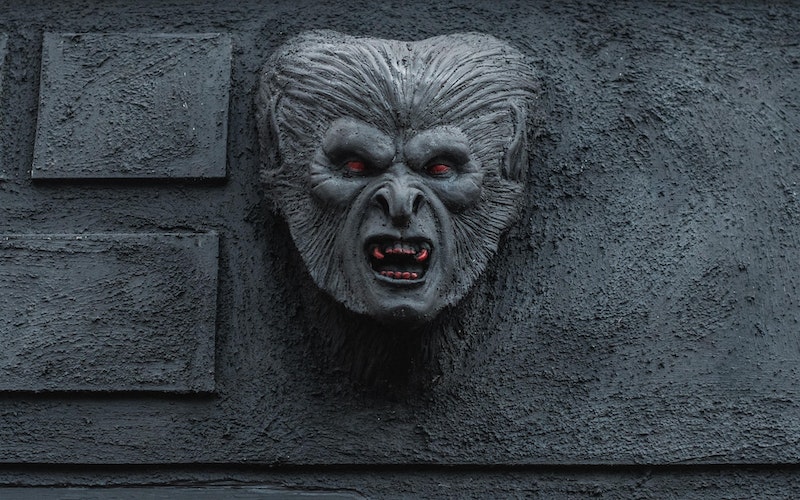 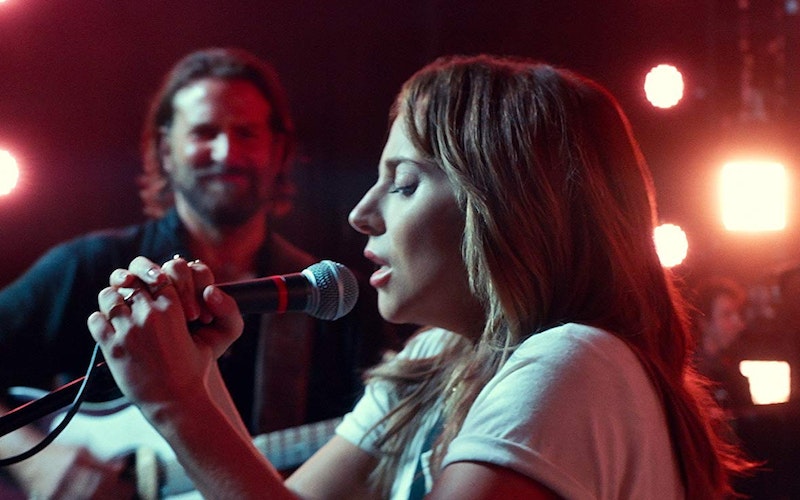 The Ecclesiastes Wisdom of A Star is Born 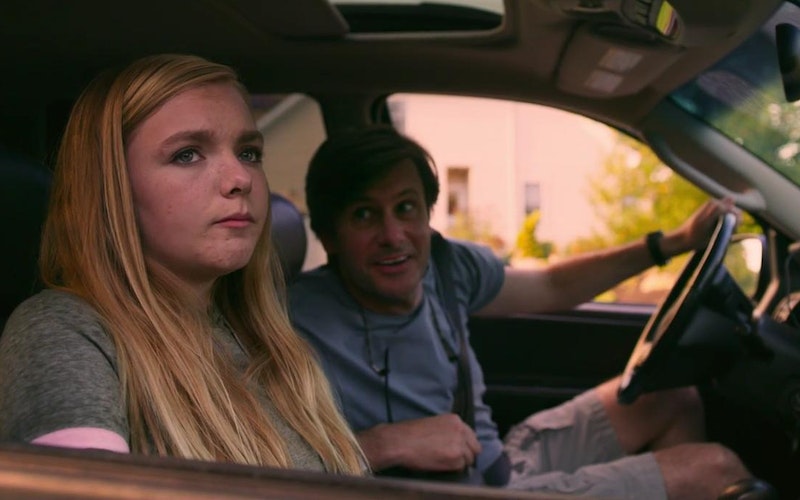