Usually a clear reading of history comes long after the events play out. But this week it felt different.

Taking in the flurry of geopolitical maneuvering regarding the conflict in Syria, I couldn’t help but get the sense that maybe I could see what was going on - that God was moving in very intentional ways to accomplish His will.

Consider United States Secretary of State John Kerry’s off-the-cuff response to a reporter who asked if there was anything Syria could do to avert war. Syrian President Bashar al-Assad could “turn over every single bit of his chemical weapons to the international community in the next week,” Kerry said, “but he isn't about to do it.” Almost immediately, the trajectory of history moved in that exact direction.

I couldn’t help but think of the Old Testament prophet Balaam, who was commissioned to enter into a politically volatile situation to curse another nation, but instead ended up blessing them. It was like the war footing of the United States was pulled right out from under it.

If you add up all of the White House’s missteps in recent days - misjudging the buy-in of other nations; the surprising no vote from the British parliament; seemingly misreading the will of the American people; the on-again, off-again speeches being put forward by the administration - you wouldn’t be faulted if you thought that Somebody was working behind the scenes to undermine the administration’s plans.

You wouldn’t be faulted if you thought that Somebody was working behind the scenes to undermine the administration’s plans.

And then there’s Russian President Vladimir Putin, acting as though he’s a Nobel Peace Prize winner in waiting. How in the world does an anything-but-democratic leader end up being the voice of reason in all of this?

In an editorial in Wednesday’s New York Times, Putin reminded the American people of how their two nations worked together in World War II and how the United Nations Security Council veto was something all nations agreed upon (including the U.S.). Putin then went on to lecture the United States on its increasingly aggressive international stance, one that relies “solely on brute force, cobbling coalitions together under the slogan ‘you’re either with us or against us.’”

The editorial then ends with these words regarding American exceptionalism: “It is extremely dangerous to encourage people to see themselves as exceptional, whatever the motivation. There are big countries and small countries, rich and poor, those with long democratic traditions and those still finding their way to democracy. Their policies differ, too. We are all different, but when we ask for the Lord’s blessings, we must not forget that God created us equal.”

It’s hard to disagree with what Putin is saying here. The Apostle Paul clearly teaches that we’re all sinners; we all struggle with wanting to choose good but often choosing evil. As Russia’s own Aleksandr Solzhenitsyn once wrote, “If only it were all so simple! If only there were evil people somewhere insidiously committing evil deeds, and it were necessary only to separate them from the rest of us and destroy them. But the line dividing good and evil cuts through the heart of every human being. And who is willing to destroy a piece of his own heart?”

Watching history play out this week, I keep thinking that maybe God is telling the American people (and other Western nations) that they are as human and as fallible as those they judge. Maybe God is answering all of those prayers from that papal prayer service of last weekend, halting a war machine and humbling a nation.

John Van Sloten is the preaching pastor of New Hope Church in Calgary and author of The Day Metallica Came to Church./ Image via iStockphoto, with illustration by Jerod Clark. 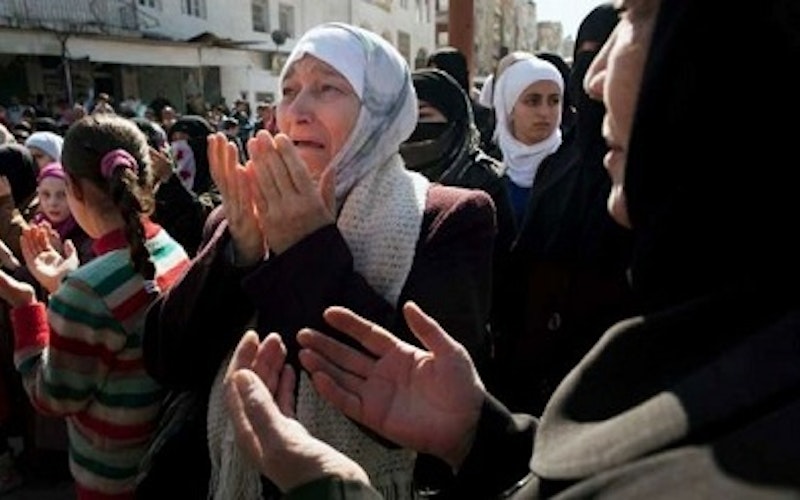 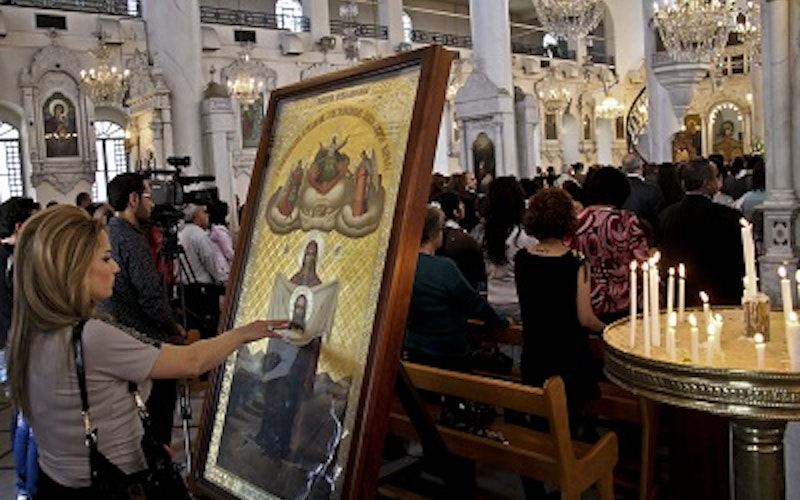