A recent dust-up over Target's decision to remove gender labels from toys should have Christians questioning their own cultural preferences.

Thank you for your calm and thoughtful post about Target. I do not understand how toys and colours create gender identity. If a boy wants to play with pots and pans, maybe he will grow up to be a chef, or not. If a girl wants to build with Lego, she will be an engineer or not. I went on great adventures with my brother and dog through the woods. I also played with dolls and Lego. None of those things have influenced who I am as a woman, except maybe my love of nature.

Great article, Caryn. This sentence sums up my thoughts on all the outrage at Target's decision:

"And yet, how often do we allow ourselves to be distracted by the ridiculous, to be sideswiped by the miniscule, to pretend that a cultural preference is Gospel truth?"

"The Washington Post reports that Target will stop using gender specific signage in their stores. In order to be gender-neutral, they won't be separating things like toys and bedding into boys' and girls' sections. Oh really? And they won’t be using pink and blue colors to identify sexes. I think Target may be forgetting who has made their stores strong. It’s not gender-neutral people out there—it’s working American families, fathers and mothers with boys and girls they love. What’s next? Are they going to try to make people believe that pink or blue baby showers are politically incorrect? I have news for them and for everyone else—God created two different genders. Jesus said, 'Have you not read that He who created them from the beginning made them male and female (Matthew 19:4). You can’t get any clearer than that. If you agree, share in the comments below—and let Target know what you think. Let them know that you are perfectly willing to shop where the genders God created are appreciated. (1-800-440-0680) Target is way off-target on this one!"

It seems to me that Graham completely misunderstands the point of removing the "boy" and "girl" labels. It's not about catering to so-called "gender neutral people." It's to allow kids to be kids and enjoy things that appeal to them without feeling different because they shop in the "wrong" aisle.

Worse yet? Graham's post was liked over 100,000 times and shared 50,000 times. I really feel like for many people Christianity is more about being at war with Satan than being in love with Jesus.

Next time I'm in Target I'm looking for those Jesus robes, Caryn. Then again, I already do <a href="https://timfall.wordpress.com/2015/05/11/biblical-femininity-is-a-lie/">wear a robe professionally</a>. I hope CBMW doesn't question my manhood.

I think you've either missed the point, or are being naïve. There is an aggressive movement right now to destroy gender, and even to eliminate words like "mother" and "father". Do you realize universities have classified SIX different gender classifications?!

This is not about marketing and clothing, this is a bigger issue, and as usual "Think Christian" is way off the mark. Look around and realize there is a war for our minds. The world doesn't care about what God deemed good for us. It's not about Jesus wearing "shimmering robes". That's cute and dramatic like a social media post should be, but it doesn't touch the depth of these complicated issues.

There may be wars for our minds or to destroy gender (weird). There CERTAINLY is a war for our dollars. But our call as Christians is NOT to freak out about this. Jesus has overcome the world. And our call is to be salt and light, to love neighbors, to transform this world--not fight it or hide from it.

That is one of the many reasons I just don't think this Target bit is cause for alarm. Most stores don't actually label toys or bedding "boys" or "girls," they certainly didn't when I was growing up in the 70s and 80. It didn't confuse me as a child--and I never heard my parents in distress over it.

I think we'll be okay. Jesus has overcome the world.

FWIW, I wrote something else for TC on gender a few years ago. You might agree with me a TINY bit on this one. Maybe. ; ) Peace!

I remember my gut reaction when my 2-year-old boy was pushing a stroller and playing dolls with his sisters: "That's not something a boy does!" Then I thought about it for two seconds and realized he's not imitating a woman; he's imitating me, his dad. I love to push my kids in the stroller on a walk, change their diapers (okay, not ALL the time), and get them dressed for the day. Maybe playing with dolls is a great way to prepare our boys for biblical manhood! That doesn't destroy gender, but it does challenge the questionable ways that corporate retailers would like to shape our imaginations about what gender entails.

I find it interesting that Franklin Graham, who runs a child advocacy charity, has never gotten up in arms or even bothered to find out whether Target buys its merchandise from suppliers who use sweat shop labor, or child labor. If he's tweeted or told us to complain to Target about how it treats its workers (a topic which actually IS in the Bible), can someone tell me about that?

In Reply to TimF (comment #27384)
----------------------------------------
Another concern I have with the criticism of Target's decision is the insistence that these gender roles are biblically mandated. When CBMW's post said the Bible teaches that boys are hard wired to pursue and girls are hardwired to nurture, there was not a single Bible verse to back up the supposed biblical mandate. That's because it's not there, but it would be better if a Christian organization didn't pretend the Bible said something and told others to take their word on it.

<a href="https://timfall.wordpress.com/2015/08/13/why-is-the-council-on-biblical-manhood-and-womanhood-targeting-my-kids/">Why is the Council on Biblical Manhood and Womanhood Targeting My Kids?</a>.

I'm so happy for Target's decision and can't wait to find more gender-neutral items for my grandchildren. When my children were young, you could buy a red bike that both my son and daughter could use as they grew into it. Now, it's either a pink princess thing or a violent superhero thing. Why can't I buy a red bike? And it starts in infancy! Why? Marketing to gender stereotypes is not good for our children who need to grow up being people first.

There's nothing Biblical about gender stereotypes that keep people from being all they were created to be in Christ.

As a mother of four, grandmother of six, former preschool teacher, first grade teacher and counselor. I think that this concern over toys is overblown. I have never seen parents insisting that their child play with specific toys for that gender. Most parents enjoy allowing their child to play and imagine with whatever toys they have.

There is also enough research into play to show that as a rule boys are drawn to particular kinds of toys - things that move. They don't need the encouragement of parents. Girls are drawn to ponies and dollies. To try to pretend that isn't the case seems sad to me. However Target labels the toys, boys will always like balls and girls will always like Barbies.

Target is free to make whatever choices it desires. I support their right to do so. HOwever, if target did this to express concern over gender issues, human trafficking or the lack of education for girls around the world would seem to be worthy of more attention. This move on their part seemed oddly meaningless to me. And, a nod to the gender neutral crowd. I could be wrong. 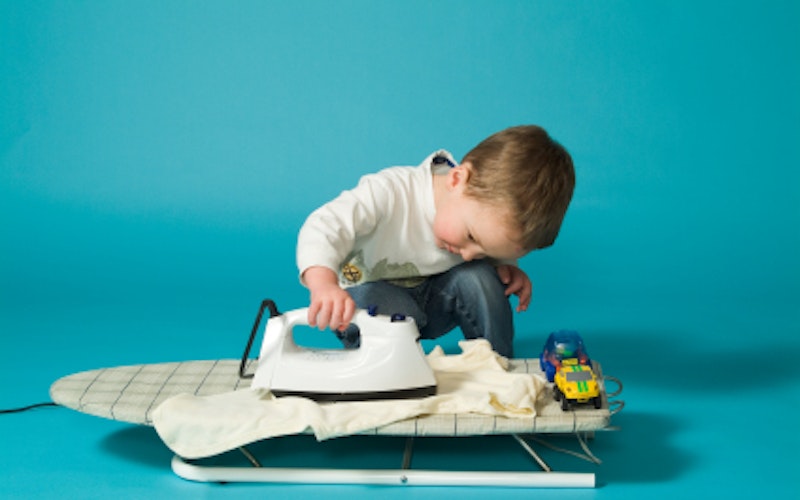 Kids, gender and how we're losing the middle 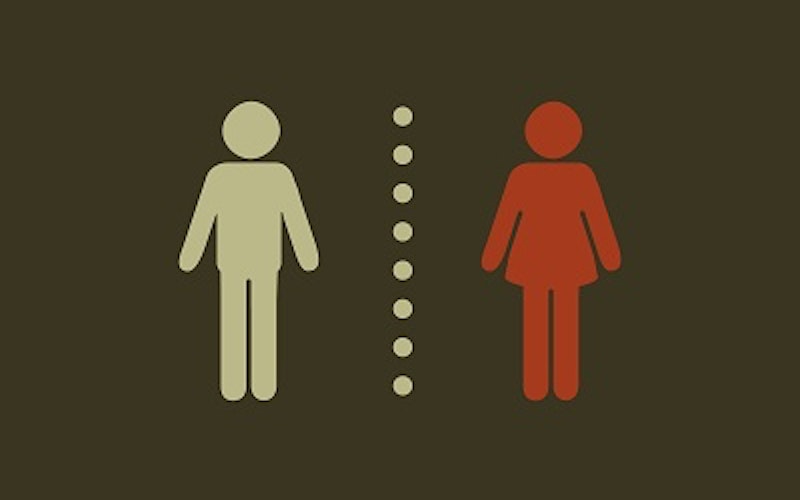