At its most sorrowful, Lindsey Jordan’s debut album faintly echoes the loneliness of the cross.

Its songs were written by a teenager. Strike one. One of its tracks ends with the particularly melodramatic howl: “Stupid! Stupid! Stupid! Meeee!” Strike two. The band’s name sounds like something the lead singer came up with on a whim. Strike three.

So why is it that Snail Mail’s Lush is the most worn album in my music library this year? And why is it that my wife caught me humming the chorus to “Stick” while doing dishes? (“And it’s a hard trip to the kitchen sink, ’cause I can’t wash this one clean...”) A first listen to Lindsey Jordan’s debut album will have you wondering, “Can anyone really be this lonely?” Sporting a severe bleached bob and a Fender Jaguar—simultaneously evoking Nirvana’s Kurt Cobain and Sonic Youth’s Kim Gordon—and backed by bassist Alex Bass and drummer Ray Brown, Jordan leans into the microphone with a staid yet dangerously self-aware expression and says, “Wanna bet?”

The lo-fi production of Lush sounds like Jordan is musing from an unmade mattress in a sadder version of Kimmy Schmidt’s closet bedroom. It’s moody. Caustic. Sarcastic. Needy. Thrashing at her instrument, she swears, “I’ll never love anyone else! I’ll never love anyone else!” (“Pristine.”) Later, she defiantly—though unconvincingly—declares her independence: “I’m not yours / Know when I mean it I’m not wasted anymore...” More characteristically, she’s undone by unrequited love: “It's all ash and dust / I won't let you take me for a ride / And it's all over us.” On “Deep Sea,” the artist’s self pity threatens to slow the song to a halt: “It's only you down there / you and the bends … It’s only you down there / sleep with the tides.”

What is it about this emotional churn of an album that’s so captivating?

Recently I’ve been reading Susan Orlean’s latest offering, The Library Book. She describes a visit she paid to a derelict, boarded-up branch of the Los Angeles Public Library: “I have never been in a building as forlorn as this old library, with its bruised beauty, its loneliness… This building was full of what it was missing. It was as if the people who passed through had left a small indent in the air. Their absence was present, it lingered...” That’s it. That’s Lush. Lush is full of what it is missing.

What is it about this emotional churn of an album that’s so captivating?

We’ve all experienced that sense of loneliness. Whether the loss of a loved one, broken friendships, or divorce, it’s the absence of that person that fills our lives—fills it with such loneliness. Lindsey Jordan’s every word on Lush is sung, shouted, whispered to a person who isn’t there. With jangly guitar riffs, she tries to fight back the waves of nostalgia washing away the edges of her memories. In “Let’s Find an Out,” Jordan sends soft notes echoing into a sparse universe as if searching for someone—perhaps anyone. This is where we connect with the artist. She’s alone. We’re alone. But Lush is an invitation to be alone together.

There is another time we feel this sort of loneliness, though most of us would be ashamed to admit it. Sometimes we feel most alone when we pray. We sing. We shout. We whisper. We cry. We wonder if anyone is even listening. It’s worth remembering that prayer was a lonely experience for Jesus too. In the Gospel of Mark, we’re told, “Very early in the morning, while it was still dark, Jesus got up, left the house and went off to a solitary place, where he prayed.” Jesus’ prayer time is presented as a forlorn activity. What was he praying during those times alone? The author of Hebrews characterizes Jesus’ prayers in this way: “During the days of Jesus’ life on earth, he offered up prayers and petitions with fervent cries and tears...” What words was he saying? In the Synoptic Gospels, we’re not really told.

Until the cross. In his loneliest hour, abandoned by his friends, cursed by his enemies, hung naked and raw before the world, we hear this short prayer: “My God, my God, why have you forsaken me!” It’s the so-called Cry of Dereliction. And it’s a song—a psalm. Christ’s song reverberates with loneliness as he cries out to a God who doesn’t seem to be there. It’s the cry of a man nailed to a tree who feels abandoned by his God. Like Jordan’s Lush, the Passion of Jesus is filled with what it seems to be missing: the presence of God.

But God isn’t absent. Not even at the cross. Jesus takes up a song, Psalm 22, with his last dying breath in order to comfort those of us who have prayed that prayer in secret a thousand times. It’s an invitation to be alone … together.

When we turn to the Psalms, we find songs scrawled by men abandoned by their friends and chased into the wilderness, tragedy after tragedy seeming only to highlight the absence of their Lord. The Psalms are a music library of records and tracks for times when we feel utterly alone. But it’s at the cross that we realize that when we cry out, “My God, my God, why have you forsaken me?” we never pray it alone. Dietrich Bonhoeffer writes in Life Together: “Christ prays the prayer of the psalms with the individual and the congregation before the heavenly throne of God… Christ has become the intercessor.”

On the closing track of Lush, Jordan reprises her opening anthem. She insists, “And I’m not in love with your absence / ’Cause I have fallen so hard for the space / And I’ve gotten to know the quiet / And still for you, anytime...” We all go through seasons where we fall so hard for the space. No one loves to be alone. But in that quiet and still, that is where we learn what it means to have a sympathetic high priest, one who ever lives to make intercession for us. When we pray the Psalms, when we sing the Psalms, when we whisper the Psalms from a pillow wet with tears, we can know—whether it feels like it or not—we are praying them alone, together. 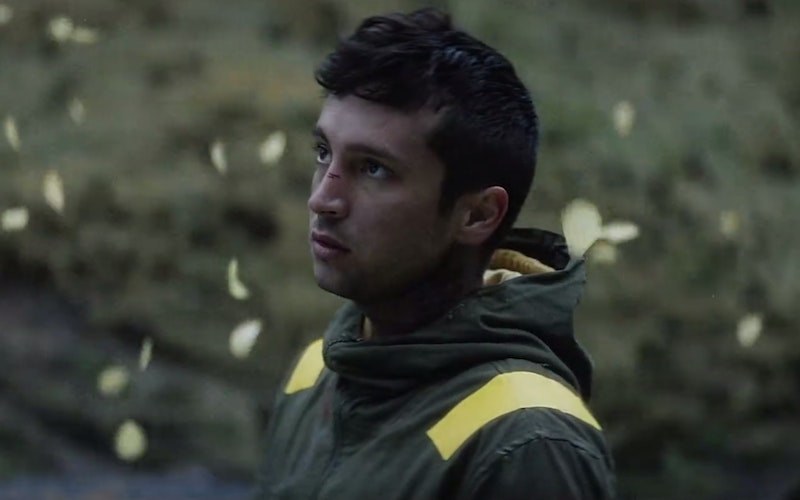 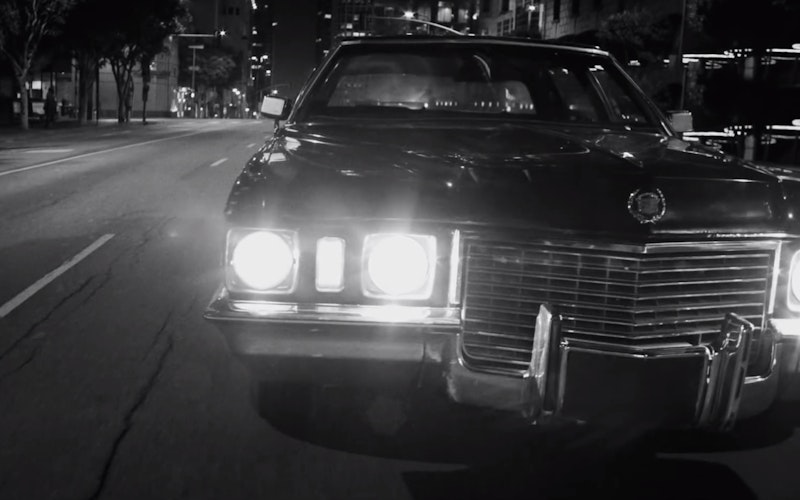 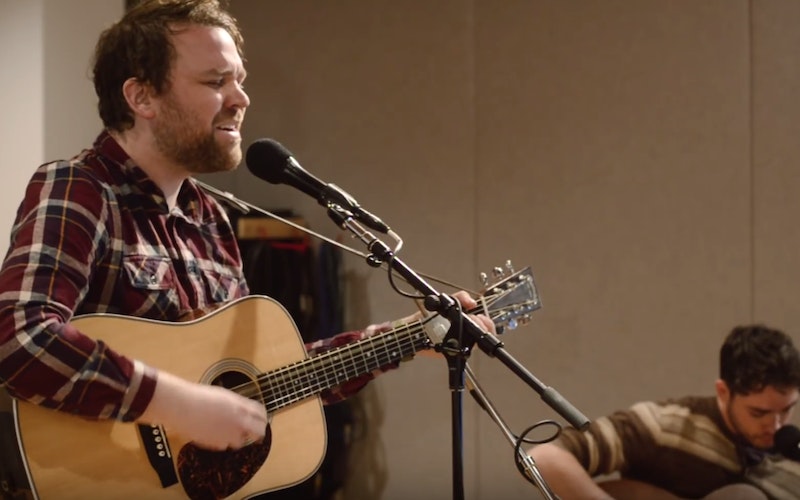 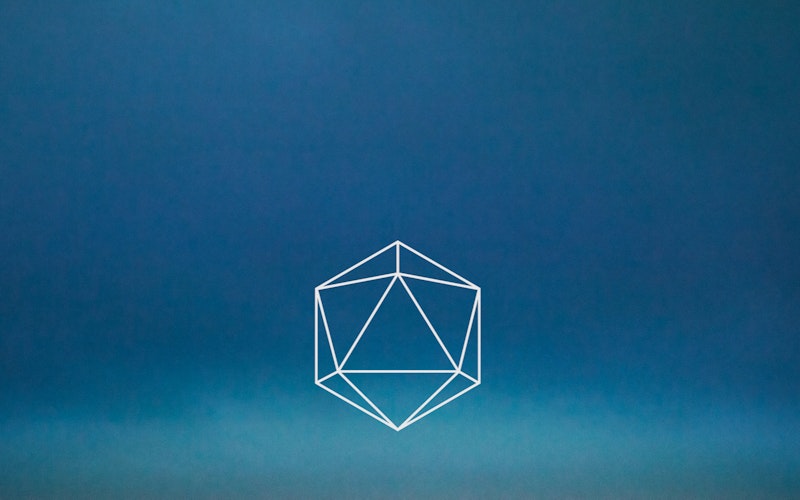 Putting Prayer on Repeat with Odesza’s A Moment Apart