By offering cheer amidst COVID-19, SGN reminds us that darkness has always been met by Christian hope.

People are desperate for good news. Actor John Krasinski has stepped into the void. Late last month Krasinski debuted SGN, or “Some Good News.” He describes the YouTube channel as “a news show dedicated entirely to good news.” Within a week, he amassed 1.5 million subscribers and 25 million views.

The show has celebrated achievements great and small, from the teenager coming home after finishing chemotherapy to receive cheers from her friends and neighbors to the dad whose kids were celebrating his trick shot off the roof of their two-story home. On SGN, Krasinski celebrates each event with equal enthusiasm. The joy is collective, as Krasinski invites viewers to participate in the creation of the show, even adding a theme song at the suggestion of a viewer. Nothing can deter Krasinski from using his platform to bring moments of light to the dark reality of our lives under COVID-19.

The joy that radiates from SGN is contagious, as other celebrities have gotten in on the celebrations. The show has included appearances by actress Emily Blunt, Krasinski’s wife; his co-star from The Office, Steve Carell; Lin-Manuel Miranda and the original Broadway cast of Hamilton; Red Sox Hall of Famer David Ortiz; the mayor of Boston; and the governor of Massachusetts. Brad Pitt does the weather. All have gotten in on the action of celebrating the fan-submitted good news. Along with Ortiz, some other Red Sox players appeared as part of a gift to a few medical professionals at a Boston hospital treating a large number of coronavirus patients. And one could not help but smile when watching the shock and delight on the face of a nine-year-old hearing the cast of Hamilton sing via Zoom, after already getting to meet Mary Poppins (Blunt stars in the recent remake). SGN is giving the participants and the audience time to commend the good rather than just commiserate over the bad.

As we face the umpteenth day in our homes with nothing but uncertainty on the horizon, we are looking for answers. But the truth is no one knows how long the coronavirus-induced darkness will hang over our families, our neighborhoods, our countries. The things we would typically turn to for comfort are no longer available. A hug from a loved one, a night out with friends, a trip to the movies to catch the latest Hollywood release, a babysitter to take our kids for a few hours, a marquee matchup featuring our favorite sports team—are all gone. Some of us are facing even greater hardships, in terms of health and finances. We are uncomfortable, we are tired, and we feel stuck.

SGN is giving us time to commend the good rather than just commiserate over the bad.

SGN is a testament to the power of hope even in the middle of dark and challenging circumstances. Scripture reminds us that this is how it has always been. Even as Joseph suffered unjust imprisonment first from his brothers and then because of Potiphar’s wife, he was shown favor by those he served and given power and authority that would eventually save his family. In the midst of a 40-year trek through the desert, manna fell from heaven and the Lord came down to dwell among the Israelites. Under the oppressive Midianites, Gideon went from a farmhand to a mighty warrior. Psalm 57—“I will praise you, Lord, among the nations; I will sing of you among the peoples. For great is your love, reaching to the heavens; your faithfulness reaches to the skies”—emerged from the depths of a cave as a would-be king, David, hid from his desperate rival, Saul. As the waves crashed and the winds howled, Peter walked on water. And even as the King of Kings descended to death, he rose from the grave and brings those who believe into life.

Suffering and hope have always lived side by side. And while it is hard to always see what God is doing, SGN reminds us that “hope is the thing with feathers” that “never stops at all.” SGN has not materially changed our circumstances; similarly, despite all of our prayers, our conditions do not always change. And yet SGN reminds us that goodness, hope, and joy can co-exist with suffering, without diminishing either feeling. The author of Hebrews tells us that “we have this hope as an anchor for the soul, firm and secure. It enters the inner sanctuary behind the curtain, where our forerunner, Jesus, has entered on our behalf.” In times of uncertainty, we can be sure we have a high priest who is with us.

The good news of the gospel, as passed from generation to generation, speaks to a community that has persevered and hoped even amid persecution, enslavement, confusion, and—yes—pandemics. So, we laugh, we cry, and we hope tomorrow brings more good news, knowing that even if it does not, one day every virus will be eradicated, every tear dried, every hurt healed, and every injustice made right. We do not grieve as those who have no hope. 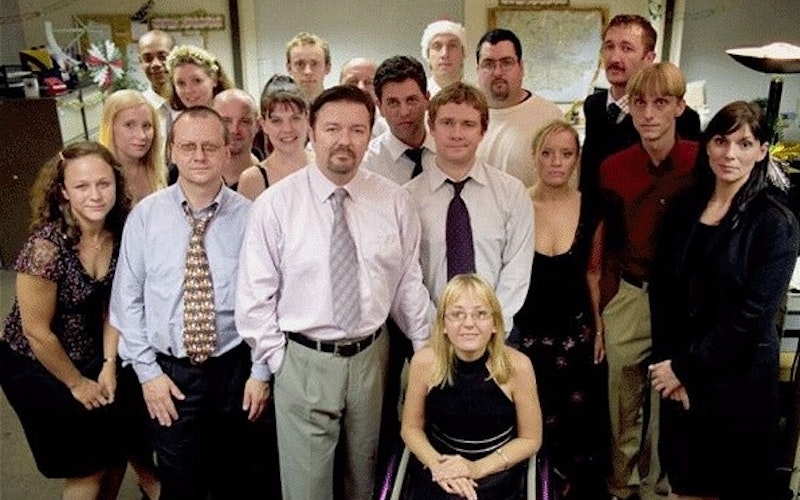 15 years after The Office, is there still purpose in selling paper?