Costumes are always key in superhero movies, but they’re particularly crucial to Spider-Man: Homecoming, the latest reboot of the comic-book character with newcomer Tom Holland in the title role.

At the start of the film, Holland’s Peter Parker is wearing the high-tech Spidey suit that was given to him by Tony Stark/Iron Man (Robert Downey Jr.) in Captain America: Civil War. Peter was recruited in that film to help out the Avengers, but has since been told by Stark to go back to Queens and be a “friendly neighborhood Spider-Man.” This doesn’t sit well with Peter, who no longer gets quite the same thrill from thwarting bike thieves.

This is the central struggle of Spider-Man: Homecoming—a kid reaching for adulthood before he’s ready—and it’s nicely captured by the use of costumes in the film. Ignoring Stark’s advice, Peter hacks his suit to unlock its enhanced features (including a cool gliding mode that enables him to take a magnificent leap off the Washington Monument). Emboldened, he leaves his neighborhood watch behind to take on a dangerous weapons dealer known as Vulture (Michael Keaton). When one of their encounters nearly results in the deaths of dozens of civilians on a ferry, Stark takes Peter’s suit away, essentially grounding him.

All of this emphasis on costuming made me think of what might be the most famous “costume” in the Bible: Joseph’s coat of many colors. (Peter’s suit isn’t exactly a Technicolor dreamcoat, but when he wears his school blazer over it, we do get a dash of yellow to the usual, red-and-blue color palette.) A gift from Joseph’s father that ornately set him apart from his brothers, this coat was both a blessing and a curse—a sign of stature he was not yet mature enough to live into. Along with his dreams of dominance over his brothers (which he freely shared), Joseph’s insistence on wearing the coat was part of his undoing.

If the direness of Joseph’s situation—being sold into slavery by his brothers—was ceremonially marked by their stripping him of his robe, something similar takes place in Spider-Man: Homecoming when Stark takes Peter’s outfit back. “I’m nothing without this suit,” Peter tells Stark after the ferry incident, begging him to let him keep it. “If you’re nothing without the suit, you shouldn’t have it,” Stark replies.

Costumes serve as markers, status symbols, and emblems of authority.

From Joseph’s robe to Peter’s suit, costumes serve as markers, status symbols, emblems of authority and ability. They’re meant to prop us up as much as they are meant to clothe us. As such, they’re potentially idolatrous, something emphasized by the fact that Peter’s enhanced costume includes a built-in digital assistant. (He at first names it “suit lady,” but later goes with the more Siri-like Karen.) As the movie proceeds, there are times when he literally puts his life in “her” hands. Peter believes his fancy Spider-Man costume makes him invincible and beyond reproach.

After being reprimanded by Stark, however, Peter is left with the “crappy costume” he had made himself (thin, baggy, with dorky goggles for eyes). Yet he nonetheless continues to pursue Vulture. In a warehouse showdown (spoilers ahead!), Vulture manages to pull the roof down on Peter, burying him under a pile of debris. At this point even Peter’s homemade mask has been ripped off, and he lies there whimpering, looking less like a superhero than a boy wearing a cheapo Halloween costume. Peering into a puddle on the warehouse floor, Peter sees his reflection. Imagining half of his face bare and half as Spider-Man, he gathers his strength and manages to rise from the rubble. In his most crucial moment, Peter relied on the supernatural power that had been given to him as a gift, not a costume he had fashioned (or enhanced) for himself.

Joseph didn’t really benefit from his costume either, despite the stature it offered. When we think of Joseph’s story, that robe is one of the first things that comes to mind, but it hardly represents his character. Rather, Joseph’s defining act is his reconciliation with his brothers years later, after he had become Pharaoh’s trusted adviser. At this point he is dressed even more ornately, but in garments that had been bestowed on him by God’s providence. And, given the gestures of forgiveness Joseph offered, one imagines they were worn with more humility than he wore the infamous coat of his youth.

It’s interesting that the Bible pays attention to the loss of garments as well as the gaining of them. Disrobing as an act of vulnerability is a motif throughout Scripture, from Joseph’s rent coat to Job’s faithful mourning. You could follow it all the way to the cross, where Jesus was given a mock robe, stripped of it, and then deprived of his own simple garments so they could be divided among the soldiers. Clearly what we wear—especially when it’s been fashioned by ourselves to propagate a sense of idolatrous self-importance—doesn’t matter. Clothed with Christ, we are free to disregard worldly pursuit of status and stature and instead rest in the gift of God’s purpose for our lives, no matter how humble that purpose might appear.

On this point, the analogy with Spider-Man: Homecoming breaks down a bit, as the movie offers a climax that strikes me as confused. Although framed as a scene of reconciliation, not unlike that between Joseph and his brothers, the finale essentially rewards Peter for doing the very same thing he had been punished for earlier. At any rate, another costume is involved—sleek, pristine, molded precisely to Peter’s form. Maybe what matters is not so much whether he’s earned it, then, but that he’s come to understand—as Stark said, and as Joseph would learn about his own dress—that he didn’t need the Spidey suit in order to be his authentic—one might say, ordained—self. 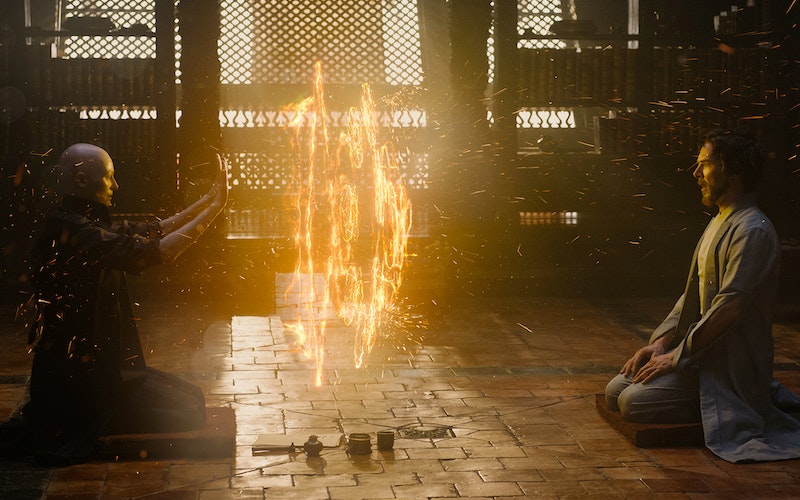 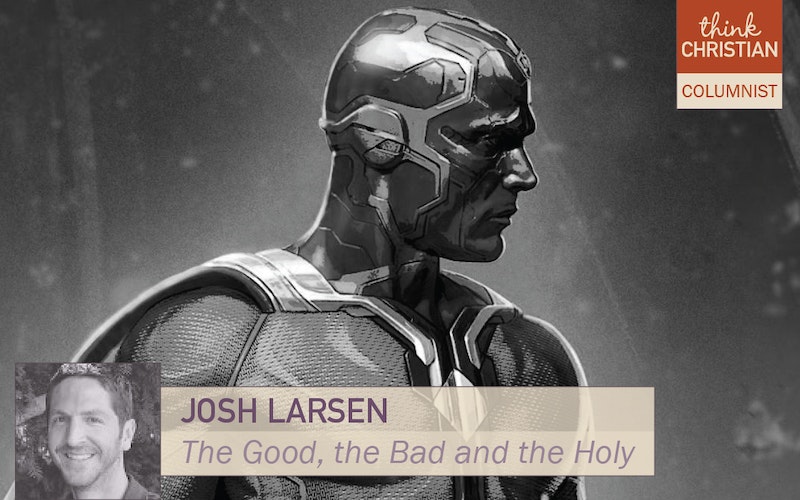 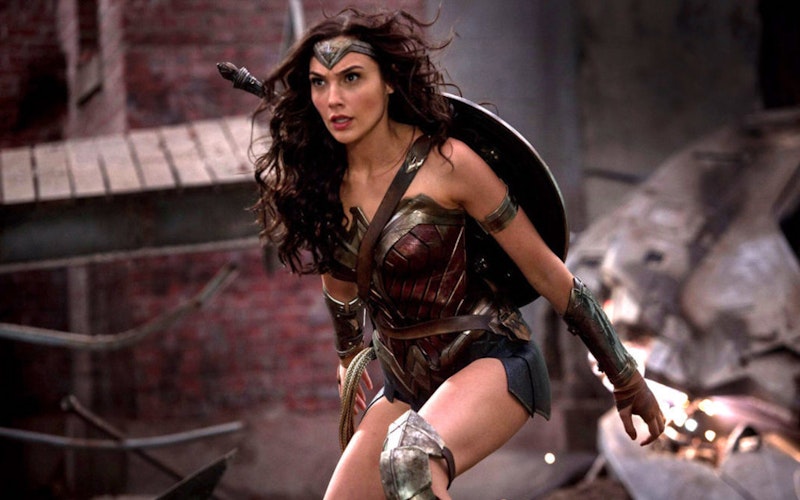