Stockholm and now Istanbul have burned in recent days, and the stories of riots are starting to feel tragically familiar. Xenophobia, never far from reactionary European sentiments these days, is blamed. So is religious fundamentalism. But there is something more basic at work too, something that North Americans know is also our problem. The solidarity and pluralism that was once the hallmark of North American society is buckling and Stockholm, as many welfare-state pundits have long opined, may well be our not-so-bright looking future.

What is urgently needed, with newcomers and strangers aplenty, is not a doubling down on the secular divide, but an invocation to bridge it, an invocation to invite people of wildly, often unsettlingly strange beliefs to find faith in our common life.

The truth of this urgency is well known by people in immigration: the globe is awash with religious conviction, and its communities penetrate borders, provinces and homes. Newcomers are disproportionately religious and one of the best ways to integrate newcomers is to build community atop the pillars of pre-existing ones. That’s how my parents became Canadians, when after World War II Dutch Reformed families welcomed them into their churches, into their schools and into their homes. Their religion wasn’t a pitfall; it held the promise of cosmopolitan, civic-minded engagement.

What is urgently needed is not a doubling down on the secular divide, but an invocation to invite people of wildly, often unsettlingly strange, beliefs to find faith in our common life.

And this was not an accident. These communities intentionally cultivated this cosmopolitan ethos - cautious, at times obsessive, with being too insular, too cut off, from the common cause, the common good. That burden is not unique to the post-war Dutch Reformed, but neither is it obvious or easily taken up. The examples, both at home and abroad, are growing by the day of people who have come not to take up this ethos, but instead who spin into ever more insular psychographic clusters, apathetic and sometimes downright antagonistic to what we call our common life.

Rule #6 of the new book God’s Century states that to survive in the new world of global religion we need to accept that the more religion is suppressed and excluded, the more such efforts will be self-defeating, sometimes violently so. It has been suggested that including religious voices in public debate creates a kind of “free market” and that the most powerful religious ideas will end up imposed. But this is to get the problem so badly wrong as to think that by merely allowing the expression of a thing we must legislate it. What we need is the articulation of an “overlapping consensus,” something like what Jacques Maritain described in the writing of the Universal Declaration of Human Rights: we all agree on these rights, provided nobody asks us why. Not because the why is unimportant (it is decisively important), but because only in cultivating, in our communities and our homes, those deeper reasons can we hope to achieve a consensus around their practical expression.

Last month, some of us gathered at McGill University in Montreal to start nudging that conversation. The organizers called the gathering “Bridging the Secular Divide;” their instinct was that when people’s basic beliefs are aired out in public, together, common values can emerge. But without that airing, real dangers can and will manifest. That, in fact, is when the logic of competition, of winners and losers, takes precedence over mutual resonance, over overlapping consensus.

These aren’t universalists back slapping each other for their un-ironic parallel conclusions. These are real people of faith, of diverse and plural traditions, people who will disagree about the deeper reasons, but who believe that only in speaking about those deeper reasons will the substance of consensus emerge. That is a project badly needed today, a divide that must be bridged.

Robert Joustra is assistant professor of international studies at Redeemer University College and editor, with Jonathan Chaplin, of God and Global Order: The Power of Religion and American Foreign Policy. You can also find him on Twitter. / Photo of rioting near Stockholm via AP Images. 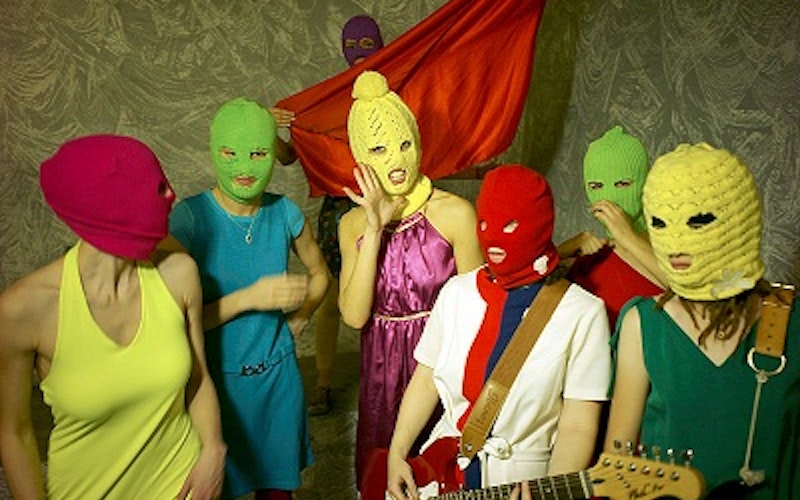