With "The Greatest Gift," Stevens employs kitsch to illuminate the simple grace of God’s love.

While doing some cleaning in my office, I found an old church directory. It was filled with pictures of families sporting happy grins, unflattering floral-patterned dresses, and out-of-date hairstyles. Such is the image I have of the conservative church of my childhood. I can close my eyes and remember the flannelgraph stories and graham crackers; the Bible verses printed on posters; the tiny stackable orange chairs in the church basement; the desire for communion because it was essentially a second snack. My childhood image of Jesus was inspired by the pictures from books in the church library: dark, feathered hair; a white robe with a blue or purple sash; a commanding-yet-gentle presence, his arms outstretched towards people or heaven. Such was (and is) the religious kitsch of much contemporary Christian art.

These memories came flooding back while watching Sufjan Stevens’ animated music video for his song, “The Greatest Gift,” featured on his album of the same name. A collection of B-sides and remixes from his masterful 2015 album Carrie & Lowell, The Greatest Gift features four new songs, one of which is this simple, nostalgia-infused tune. Like a children’s song, the lyrics are elementary and concise in reminding listeners that the greatest gift is love. As receivers of such a divine gift, we are called to love one another in turn. The naive simplicity of the song’s message, combined with the unfashionable images of Christian artwork in the video, made me reconsider Christian kitsch.

Kitsch is, ostensibly, bad art—cheap, sentimental, commercialized stuff. Yet religious kitsch remains a staple in our world, particularly in evangelical American Christianity. In his book Good Taste, Bad Taste, & Christian Taste, Frank Burch Brown devotes an entire chapter to the phenomenon of Christian kitsch, noting that many people genuinely find kitsch appealing, and those who think kitsch is good do not even think of it as kitsch at all. “To them it is ideal art,” Brown writes, “usually well-crafted and generally heart-warming, filled with memories and dreams.” Quoting Milan Kundera, Brown observes that “kitsch tries to hide the existence of s*#*.” Kitsch can be a cover-up, a pretty lie, a commercialized sentiment meant to distract us from the harshness of reality.

Yet kitsch, at least when reappropriated in the vein of Stevens’ song and video, may perform not as a cover-up, but as a means of illuminating the simple grace of God’s love. The familiarity of the images of corny religious artwork bring up memories within me of a simpler time in childhood, when my Christian faith and view of the church had not been tarnished by theological debates, church leadership scandals, or the immoral conflation of American politics with religion. Stevens recycles the images into a mosaic of movement in conjunction with the lyrics, stirring up fresh emotions and ideas even as they are reminders of deep-rooted truths about love and grace. As he sings, “The law above all laws / Is to love your friends and lovers / And lay down your life for your brothers,” the kitschy Christ of my childhood moves across the screen like a living magazine cut-out.

The naive simplicity of the music and images made me reconsider Christian kitsch.

These Sunday-school images remind me of my own children’s innocence and curiosity, especially during this season of Advent. For what can become overly familiar and commercialized via shopping malls, nativity plays, and Christmas parties is reignited with wonder and joy through the simple theological questions raised by a child at Christmastime: Why did God become human? How can God be a baby? What does “Emmanuel” mean?

Brown suggests that kitsch can have a positive effect “by releasing and exercising sentiments that otherwise might be so protected as to atrophy through disuse.” This is what Stevens’ song and video, what my children’s questions, have done in me this Advent season. Though, as Brown points out, kitsch forever remains immature in its ability to elicit deep spiritual growth and religious experience, when appropriate, kitsch and nostalgia can be redemptive reminders of the good gift of God’s presence in our world.

In so many ways, 2017 has been a rough year, one which can leave Christians disillusioned by the complexity of the world’s problems. The musical reminder that, “As you abide in peace / So will your delight increase” may break through our cynicism to remind us of God’s faithful presence in the midst of turmoil. With the commercialization of Christmas all around us—much of it kitschy itself—we are invited to remember and respond to the Advent story of God being with us, the greatest gift of all. 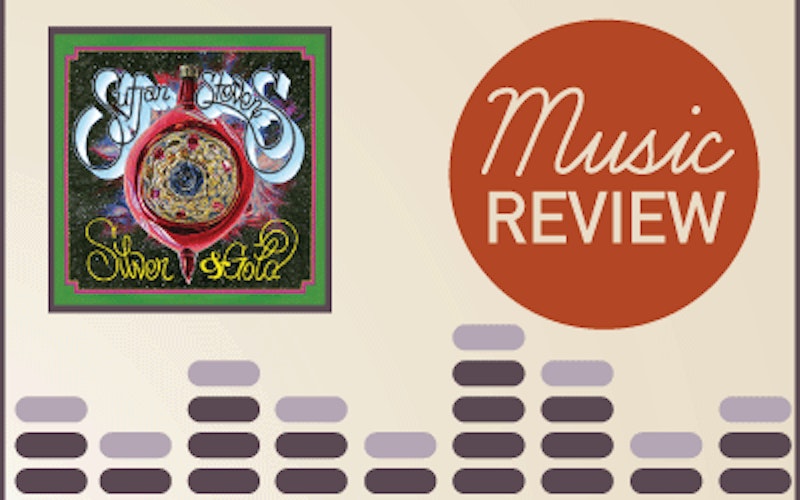