The homeless Jesus statue outside St. Alban’s Episcopal Church jars those who seek to be like Jesus, but who recoil at the thought of being in need.

Thinking I was the first to arrive at church this past Easter, I smirked as I compared myself to another Easter early bird. Me and Mary, I thought. Same-same. Of course, my motives weren’t as pure as hers. (I’m on staff. I get paid to show up early.) But as I walked across the parking lot toward the doors, I imagined that Easter morning scene, with Jesus appearing and scaring the, well, bejesus out of Mary.

Then, imagining Jesus say Mary’s name, I heard another name that scared the bejesus out of me.

“Ma’am,” the man called. I turned back toward the parking lot where he stood by his van.

And I hustled through the door, hoping now I wasn’t the only one in the church and that the door locked behind me. Then I realized who the man was - a wanderer who turns up from time to time, looking for and finding a friend in one of our pastors.

If we believe the words of Matthew 25, the stranger also was Jesus. And I was clearly no Mary.

Though I stand by the wisdom of not inviting a strange man into an empty building (sorry, Jesus!), I’ve not been able to stop thinking about what it means when Jesus startles us so.

Especially since just last week I read another story of a startling Jesus. In Davidson, N.C., the wealthy community around St. Alban’s Episcopal Church was alarmed by a “homeless Jesus” statue erected in front of the church that depicted Jesus as a vagrant curled up on a bench.

This especially jars those of us who seek to be like Jesus, but who recoil at the thought of ever really being in need.

Neighbors were startled, certainly, because the figure looks real. Unexpected people in unexpected places startle us. But there’s something else that alarms us about such poor, broken and vagabond Jesuses - it’s the unsettling idea that Jesus once was poor, broken and vagabond. This especially jars those of us who seek to be like Jesus, but who recoil at the thought of ever really being in need.

Of course, this is the point in the story when we usually hear, “Well, being like Jesus doesn’t mean we literally have to leave behind our construction business, hit the streets, preaching and healing and feeding the thousands as we go.”

And it’s true: being like Jesus doesn’t mean we’ll be asked to mimic Him in every last way. Carrying our crosses doesn’t necessarily entail the actual heaving of wood and the suffering of lashes.

Except … that it could, especially in some parts of the world. And that’s startling. Actually, it’s terrifying.

So we have good reason to be startled by homeless or broke or wayfaring Jesuses. They are troubling reminders of how differently God views our comfort, our wealth. They are problematic clues as to what Paul meant when he told the Corinthians "we share abundantly in the sufferings of Christ."

After all, God stripped Jesus - His glorious, perfect Son - of His titles, of His glory, of His power, of His “wealth.” God allowed His Son to spend 30-some years in anonymity, growing into a man with sore muscles and calloused hands, who would leave His home and roam the land spreading grace and promising hope, only to endure the most brutal of deaths. God allowed His Son to go broke and be broken for us.

Humbling! Amazing! Loving! Yet … so startling. What does this mean for us? What will God allow (expect?) us to endure?

Homeless Jesus scares us because we like our things. We like our comfort. We like our money. But when we look at the life of Jesus, we see a God who doesn’t seem too concerned with any of that. We see a God interested in how we love Him and one another - not the positions we hold or the investments in our portfolios. We see a God who owns the universe and doesn’t need one cent of ours to bring about His Kingdom here on earth. We see a God who allows His beloved children to suffer, struggle and become broke – and who then redeems all for His Glory. And that is startling indeed.

Caryn Rivadeneira is the author of Broke: What Financial Desperation Revealed About God's Abundance, Known and Loved: 52 Devotions from the Psalms and Grumble Hallelujah: Learning to Love Your Life Even When It Lets You Down. / Image courtesy of St. Alban’s Episcopal Church, with illustration by Jerod Clark. 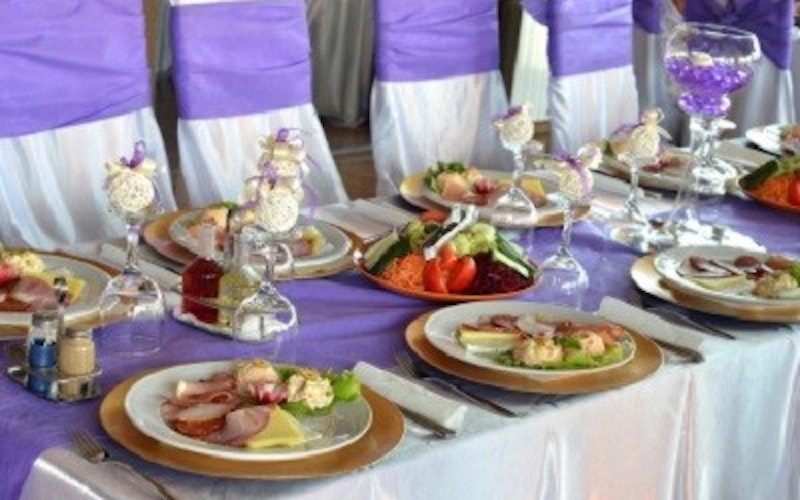 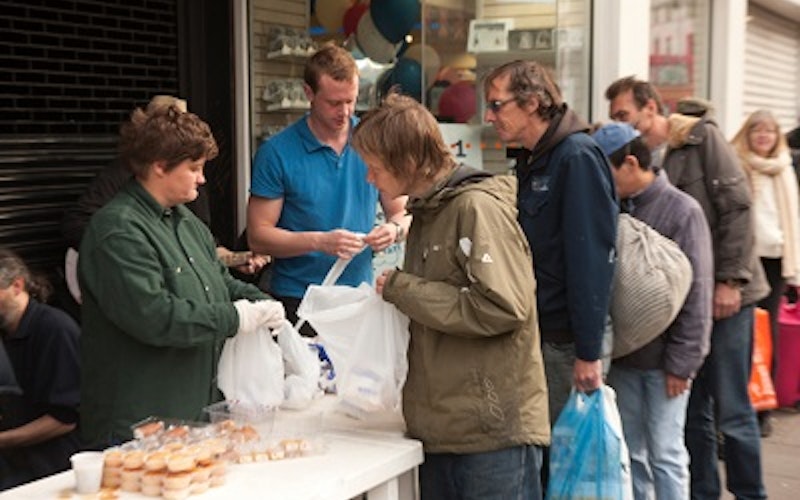