An album bridging the gap between hip hop and jazz also reminds us of the tension between a fallen humanity and a perfect God.

Beat-maker Kiefer Shackelford was a subtle force on the Los Angeles beat scene long before his debut album Kickinit Alone (2017) hit shelves. During and after his time at UCLA as a jazz studies major, he collaborated with everyone from fellow classmates Moses Sumney, Anderson Paak, and Jonah Levine to producers MNDSGN and Jonwayne. These artists may be partially responsible for his distinctive sound, but Kiefer would be the first to claim Miles Davis, Herbie Hancock, and John Coltrane as influences. Guided by his father (a New Orleans-style blues pianist) since before he could walk, Kiefer cut his teeth on the jazz greats. It’s no wonder that he seamlessly bridges the gap between jazz and hip hop. With his June release Happysad, he bridges another gap―that between emotions often thought to be diametrically opposed.

In a 2017 Bandcamp interview, Kiefer summarized the simplicity of his creative process: “My goal every day is to write exactly what I feel.” In this vein, he has described Happysad as an emotional journal, and the album evidences a deep understanding of both his art and his inner landscape. He follows the same creative rubric he used for the more melancholy Kickinit Alone, culling through the beats he wrote during 2017 and selecting the most emotionally representative. In this sense, his new album is a musical synopsis of a year in his emotional life. 2017 appears to have found him, according to the album press release, “focused on both joy and sadness, and how they are always intertwined.”

This intertwining of opposing forces is apparent within and between songs throughout the album―happiness and sadness, fear and hope, ambition and insecurity. Kiefer is asking hard questions: Why do we feel both happy and sad, sometimes at once? Why do we want something, but fear what it brings? Why is this broken thing beautiful?

Christians have always believed in the power and experience of emotion, and the biblical evidence of its value ranges from the intensity of the Psalms to Christ himself displaying anger (Matthew 21:12), joy (Luke 10:21), and sorrow (John 11:33-35). We were created as emotional beings, and our emotions are genuine reactions to a broken, beautiful world. We get angry or sad or afraid because something is not right. The tension we feel in those moments is a reminder of the tension all around us―between right and wrong, perfection and brokenness, fallen humanity and a perfect God. The complexity of this tension is on display throughout Happysad, layered over equally complex grooves.

The opener “Dope Nerd” is delightfully awkward, with staggering trombones punctuating slick pads and rhythms. It shares this feeling with the mid-album “Socially Awkward,” a brooding track characterized by anxiety. This fear is not without its striving, heard in the gently chromatic turn and leap of the piano melody. There’s a yearning to be seen a certain way, or maybe to escape the mire of insecurity below. The three driving pieces that follow (“What a Day,” “Highway 46” and “Highway 41”) operate between forward movement and meditation. The smooth machinery chugging under the hood is a contrast to the trickling piano melodies, and the monotony is simultaneously directionless and motivated. Optimism prevails.

We were created as emotional beings, and our emotions are genuine reactions to a broken, beautiful world.

“Memories of U” is wistful, a rose-colored glance backward with lush undergrowth and gentle rhythms. It operates opposite to the immediacy and aspiration of the following track, “Thinkin Of,” written about Kiefer’s ambition to show people beautiful things. “Agoraphobia” (named for the fear of situations that induce panic) vacillates between chords with evident insecurity, as though weighing two equally bad options. Its counterpart “FOMO” (fear of missing out) wars against it with a choir-like opening and decisive melodies.

Throughout Happysad, Kiefer’s improvisational piano solos act as directional elements, rising from and fading out into the sometimes murky soundscapes he creates. One gets the feeling that this is him talking himself out of or into something, or even commenting on the emotions he was experiencing at the time. These pianistic exhortations provide clarity in the midst of turmoil.

What’s striking about Kiefer’s understanding of emotion is his deep integration of opposing forces like sadness and joy, or hope and fear. One emotion coexists with the other, and sometimes because of it:

“Sadness is an extremely strong source of beauty, if you are willing to explore it and be honest about it. I’m very emotional, very sensitive, and for a long time I saw my own sadness as a weakness. If there’s anything I want people to take from the album it’s that it’s OK to be sad, and it’s OK to be alone.”

Grief and fear and anger can indeed be appropriate, and our emotions often point to higher truths and deeper beauty. We shouldn’t be afraid to explore them when we find them within ourselves or others, but we need to do so anchored to a faith in Christ’s ability to make us whole. While we walk this broken world there will be pain in many forms, but our God has come to make things new and to wipe away every tear.

The final song on Happysad, “AAAAA,” came out of a distinctive resentful loneliness experienced during a panic attack. In it, Kiefer amplifies frustration with himself, developing restless searching motives. When the piano rises from the fog, it’s not clarifying but resentful, mixed roughly over the beat as if he’s hearing it through oscillating waves of inescapable emotions.

We can attempt to convince ourselves of the truth beyond the emotions all we want, but clarity comes through the Word of God and faith in Christ, experienced through the community of the Church. Such faith may never remove our unwanted emotions, but it does direct our eyes outside of ourselves to someone bigger than them. The best way for a Christian to speak truth into their own emotional turbulence may indeed be exemplified by the psalmist: 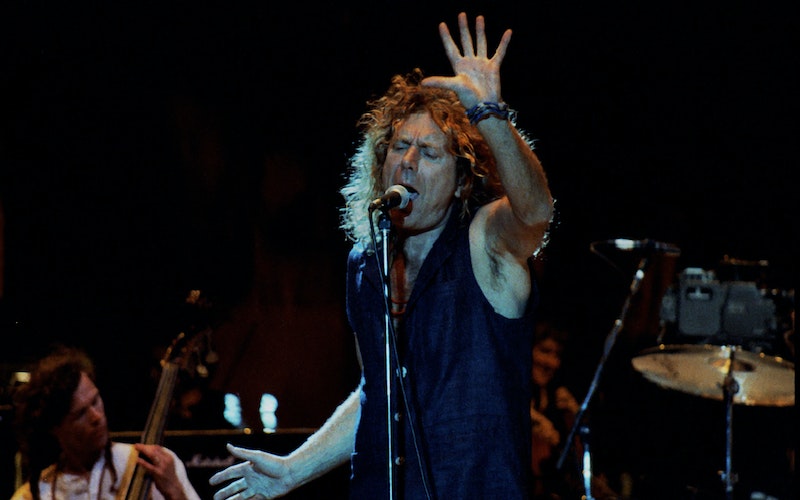 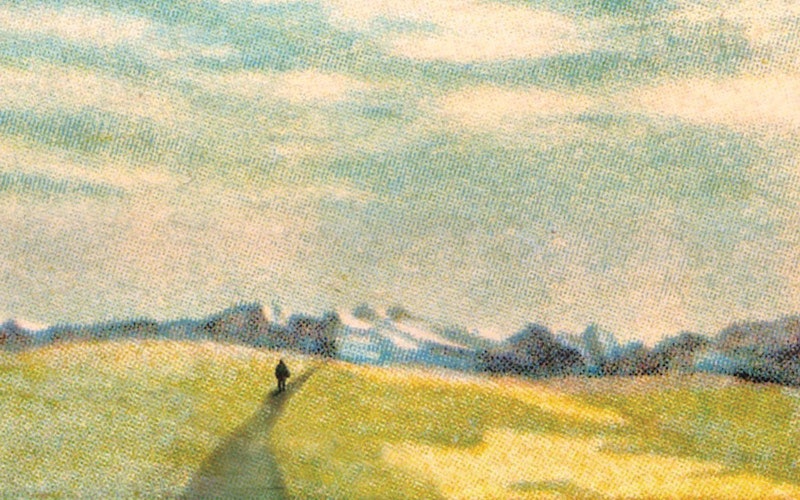 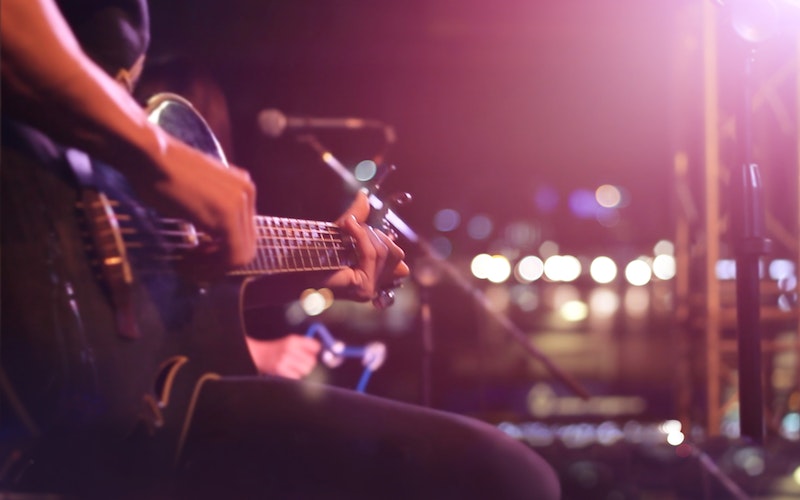 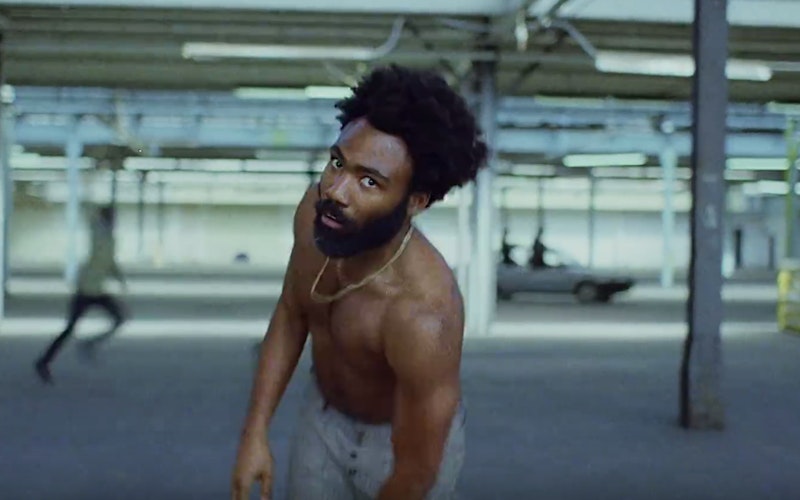