Iron Fist stands in stark contrast to The Defenders' other sacrificial superheroes.

After protecting New York City on their own respective Netflix shows, Daredevil, Jessica Jones, Luke Cage, and Iron Fist now join forces as The Defenders. But they are not equals. Three of these characters embody a willingness to risk themselves for others in a way that carries biblical reverberations, while the fourth frequently reflects our own selfish natures.

Interestingly, the first three come to The Defenders with a successful series under his or her superhero belt. Critics and audiences raved about Daredevil, Jessica Jones, and Luke Cage. But Iron Fist failed to capture the same reaction. Could it be that Danny Rand (Finn Jones), the billionaire kung fu warrior with a mystical punch, reminds us of ourselves in a way that makes us uncomfortable?

In their previous, individual series, Daredevil (Charlie Cox), Jessica Jones (Krysten Ritter), and Luke Cage (Mike Colter) endured their own pain and fought on behalf of others. They see injustice and they respond, if begrudgingly on occasion. That desire for justice stretches over into The Defenders, where we see each pulled to respond to those in need, despite the sacrifices it will require.

Daredevil’s secret identity, Matt Murdock, works as a pro bono attorney fighting for the oppressed in the courtroom. When he meets Jessica Jones, he is thrust back into the crime-fighting life he tried to leave behind. For her part, Jones can’t shake a case she was offered as a private investigator. Tracking down leads brings her to Luke Cage. Freshly released from prison for a crime he didn’t commit, Cage wants to protect a teenage boy who takes a dangerous job with a mysterious company that has already led to the death of the boy’s older brother.

These concerns draw each of them to a boardroom where Rand is confronting the organization to blame for all of their individual issues—the Hand. When things go awry, the impromptu team must fight their way out.

Through an expert use of colors, The Defenders weaves each of these individual threads into a cohesive unit. The individual heroes have their own specific color and aesthetic that dominates the screen during their story, but these blend together during the characters' shared scenes. When we enter the world of the show’s villain, Alexandra Reid (Sigourney Weaver), most of the color drains away and viewers are left with a stark, sterile palette of blacks, grays, and whites. The heroes bring life and vibrancy to their city, while Reid is aiming to strip it all away. And she wants to use Iron Fist to do it.

Iron Fist’s green hue—evoking jealousy and selfishness—reminds viewers that Danny Rand may be a hero, but he’s not always a selfless one. Reid appears shortly after the team comes together and, with words reminiscent of the serpent in the garden, attempts to convince Iron Fist to join her. Could Rand abandon his fellow heroes if it means achieving his personal goals? The fact that viewers even consider the question indicates the trouble with Iron Fist.

When Murdock, Jones, and Cage all suffered loss, the pain of that loss spurred them to a greater love of others. Rand suffered loss as well—the murder of his parents—but his response is to pursue vengeance. How his decisions and actions affected the lives of others was only a tangential concern.

These differences come to a head when Cage and Rand meet in The Defenders. Rand tries to defend his use of violence against low-level criminals in Harlem. The Hand, the group behind those crimes, is dangerous, he claims, adding, “They murdered my parents, invaded the city I was sworn to protect.” Cage, however, maintains that some of those young boys are misguided and simply trying to feed their families.

Rand tries to equate his pursuit of justice with Cage’s, but Cage explains, “The difference is I live on their block.” Rand has flown around the world on a private jet beating people up and demanding answers. His heart is hardened to others. “I know privilege when I see it,” Cage says.

Part of our rejection of Danny Rand stems from his reflection of us and our own selfish motivations. We are called to more and we know it. In The Defenders, we see it. Watching the lives of Daredevil, Jessica Jones, and Luke Cage, we are pushed and pointed beyond ourselves. In a culture consumed with self-discovery and self-determination, self-sacrifice still resonates.

There is a truth of Christianity in this, as well as an echo of Christ’s incarnation in the fact that Cage lives among those who are suffering injustice. Incarnational living gains a hearing and offers hope. Jesus forsook the privilege of heavenly life to walk with us, to experience life alongside of us. Despite his power, he endured all the pains of this life. Despite his innocence, he embraced the punishment on our behalf. The familiarity of the selfish motivation we see in Rand repels us. Instead we’re drawn to the strangeness of a savior who sacrifices himself—be it on the streets of New York City or a hill called Calvary. 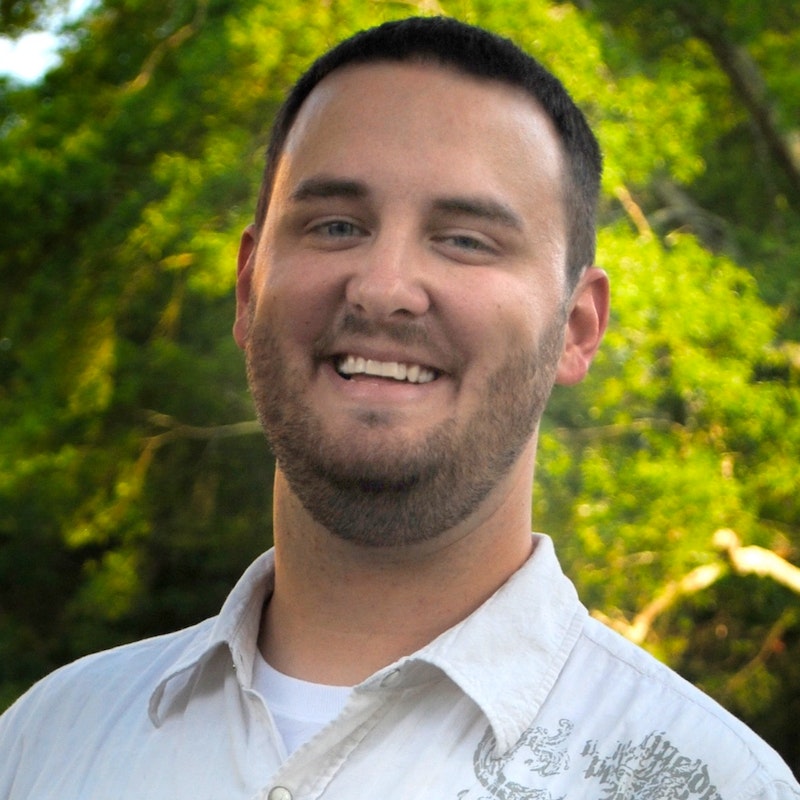 Aaron Earls is a writer living outside Nashville, Tenn., with his wife and four kids. You can read more of his writing—most often on Christianity, comic book characters, and C.S. Lewis—at The Wardrobe Door. Follow him on Twitter @WardrobeDoor. 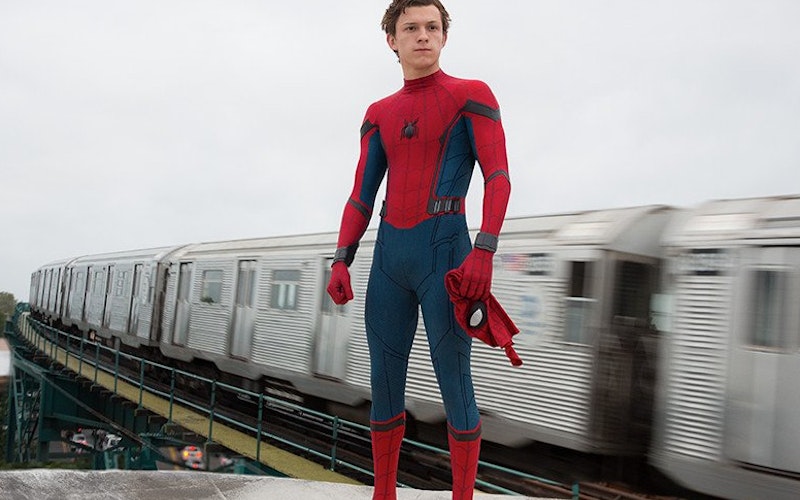 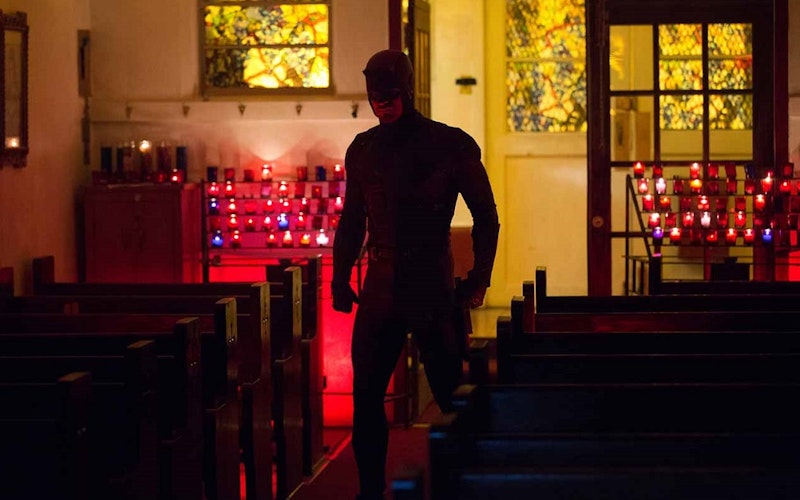 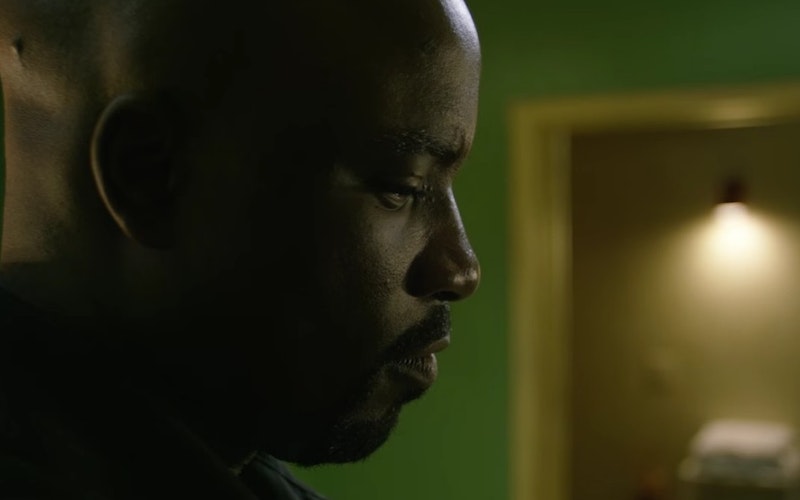