DC’s Black Label comic is a mature murder mystery with a theological twist.

What is the original sin? Augustine called it pride. The desert fathers built on that, describing pride as the root from which all deadly sins grow. Genesis 2 calls it the "knowledge of good and evil." In his latest comic, Brian Azzarello calls it "control.”

Batman: Damned is DC's first Black Label comic. The line was designed to offer more "mature" storytelling. It made unfortunate waves for the so-called Bat-wang controversy in Batman: Damned #1, but that panel of questionable artwork aside, this is mostly a compelling mystery. The Joker has been murdered and it seems the Batman may have done it. In trying to unravel the truth, the Dark Knight is joined on his quest by DC's least reliable narrator, the otherworldly detective John Constantine. What follows over the next three issues is a journey through Gotham's underworld, where Batman encounters many of DC's weirder heroes and anti-heroes, from Boston Band (aka Deadman, a spirit who possesses the living) to Jason Blood (host to the demon Etrigan, who speaks in rhymes).

As it turns out, Batman: Damned is a sequel to Azzarello and artist Lee Bermejo's previous 2008 graphic novel, Joker. In the climax of that story, Joker and one of the members of his gang, Johnny Frost, faced the Batman on a bridge. The Joker stabbed Batman and—being the agent of chaos he is—shot Frost, who plummeted into the river.

With Joker, Azzarello and Bermejo created a unique spin on Gotham that carries into Damned. Azzarello's narration conjures a noir detective story, one that’s appropriately dark for the Dark Knight. Bermejo's art follows suit, employing saturated colors and offering nightmarish reinterpretations of classic Bat-villains. Jason Blood, for instance, fronts a hip-hop group and it's unclear whether those at his performance are fans or worshippers of the demon Etrigan.

As Batman draws closer and closer to the truth about the Joker’s death, his memories return. For that reveal, Bermejo recreates Joker's bridge scene, offering a twist: it wasn't Frost who fell into the river, but the Joker. It turns out that the Joker’s knifing of the Batman was fatal; in his dying moments, our hero broke his one rule, murdering the Joker by throwing him off the bridge. After making his confession to Constantine as they stand over the dead body in the Gotham City morgue, Batman vanishes into the locker. It's implied that he is the corpse, especially when, on the final page, the Joker emerges alive and well on the riverbank.

How is Batman damned? That's a specific word, one that points directly to the Christian tradition of salvation and damnation. The apostle Paul explains that we have been damned since Genesis, when the first man and woman disobeyed God's command to eat of any tree in Eden except for the Tree of the Knowledge of Good and Evil. The Hebrew phrase for "knowledge of good and evil" is a way of saying "knowing everything.” And as Sir Francis Bacon observed, knowledge is power. The man and woman's lust for knowledge is, at its heart, a lust for power, for control. To be the one who shapes the world. In the wake of Christ’s redeeming work on the cross, this desire for control is a rejection of faith that God’s grace is sufficient.

A lust for knowledge is, at its heart, a lust for power, for control.

Throughout Batman: Damned, the Batman is haunted by an incarnation of the antihero Enchantress. Bermejo depicts her as a parasite, drawing closer to Bruce in every scene, dragging him repeatedly into flashbacks of his parents being gunned down that fateful night in Crime Alley. Her claw-like fingers clutch a weeping boy-Bruce in a horrific embrace as she makes him an offer: "Tearless for fearless." This is the heart of the Batman mythology, but Azzarelo gives it a demonic twist: it's Batman's desire for control that ultimately damns him.

Batman, after all, is the creation of a scared boy. To conquer his fear, he sought to become the ultimate man, to have a plan for every situation. To be in control. If Batman works hard enough, he can be safe from a cruel world. If he disciplines his body, his mind, his spirit, he need not ever be afraid again like he was in Crime Alley. It was this fear that led him to transgress, to kill the Joker. Thus did the Batman damn Bruce Wayne.

The original sin, then, may be, "I am Batman." Because in making such a claim, we attempt to grasp for ourselves what only God’s grace provides. 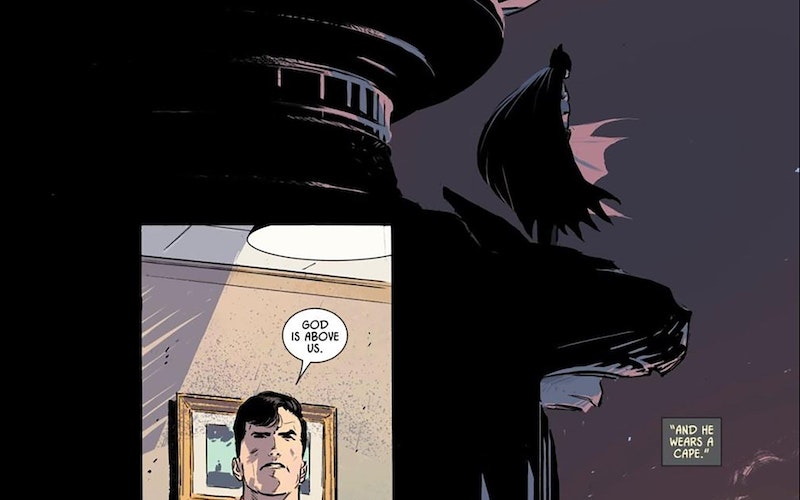 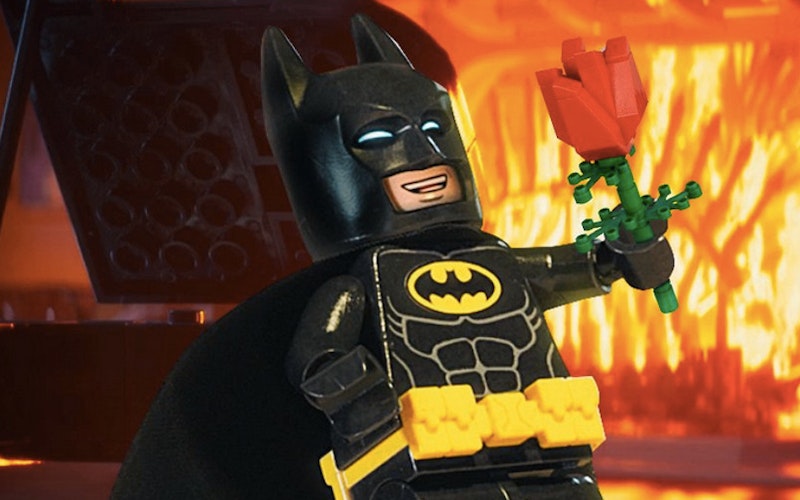 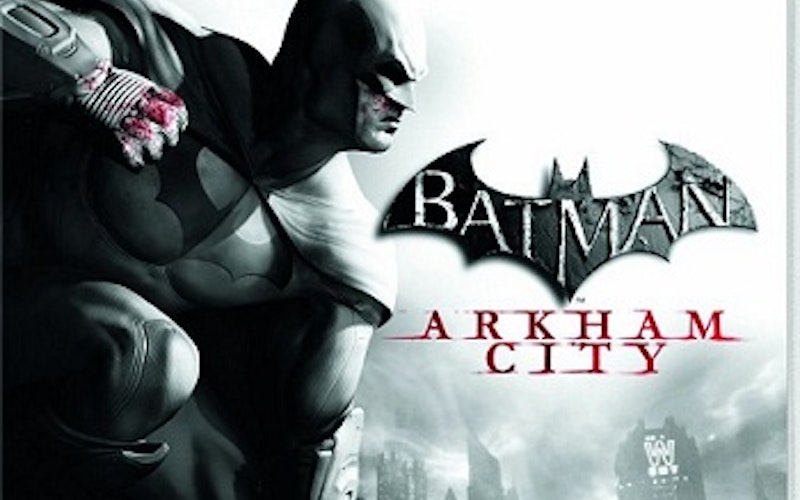 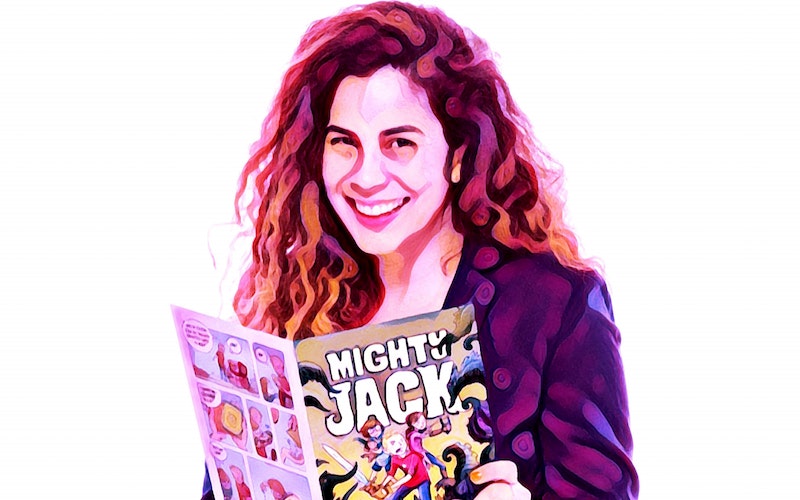