I have been struck by the announcement that Pope Benedict XVI is abdicating his office at the end of February. It is quite a remarkable step for someone in his role to step aside - not simply historically speaking, but for someone with that type of power, authority and access to resources. As I reflect on this, I am also struck by some comments made by a pastor recently asking whether the denomination I belong to could ever envision itself coming to the end of God’s purposes for it, or if we simply assumed that it must and will exist forever. (He was drawing from Brueggemann’s The Prophetic Imagination.)

John records Jesus calling to mind the image of a kernel of wheat falling to the ground. Jesus remarks that unless that seed dies, it remains only a single seed. The fullness of a seed’s life is found in dying so that more seeds might come to life. That’s not an image that sits well with our culture. We tend to operate with the idea that leaders and institutions are supposed to last forever. Perhaps we’ve lost sight of Jesus’ dying seed metaphor. Perhaps we’re too far removed from the agrarian fields where Jesus and his disciples walked to see the way life is fed and multiplied through giving away and dying rather than holding on and preserving.

There is a certain humility in the Pope’s resignation and in the question from the pastor. They are recognizing that the Church and the flourishing of God’s kingdom is not dependent upon us, that in fact God’s mission to bring about the flourishing of all of creation is bigger than any one of us and extends beyond the institutions we love. God was at work before we came into being, God is at work in places of the world and through people we have never encountered. God will continue to work after our beloved institutions fold and our time here is fulfilled.

God’s mission to bring about the flourishing of all of creation is bigger than any one of us and extends beyond the institutions we love.

And yet, somehow by God’s Spirit, what we do here and now matters. What I will give attention to this week is still important. By the Holy Spirit’s work in us, we are participants in the particularities of the still-unfolding story of God’s love embodied in Jesus Christ. We are living out the story of God’s grace week to week, moment by moment. There is something deeply encouraging to realize anew today that God’s story is not dependent on my success or the success of my church or of the Pope for that matter. And it is equally encouraging that there is room for all of us - the Pope, my denomination and even me - within the contours of God’s story.

So as the media tries to figure out why the Pope has resigned and as leaders of my denomination wrestle with what our future will look like, I am deeply encouraged. I am thankful for Joseph Ratzinger, the Pope with the humility to step aside. I am thankful for my denomination, the Christian Reformed Church. Though the Pope is stepping down, though my denomination will always have room for improvement, I am thankful and encouraged that God’s faithfulness and love has and continues to be made known through them, even in the midst of their frailties. May many more seeds of life flourish on account of them. 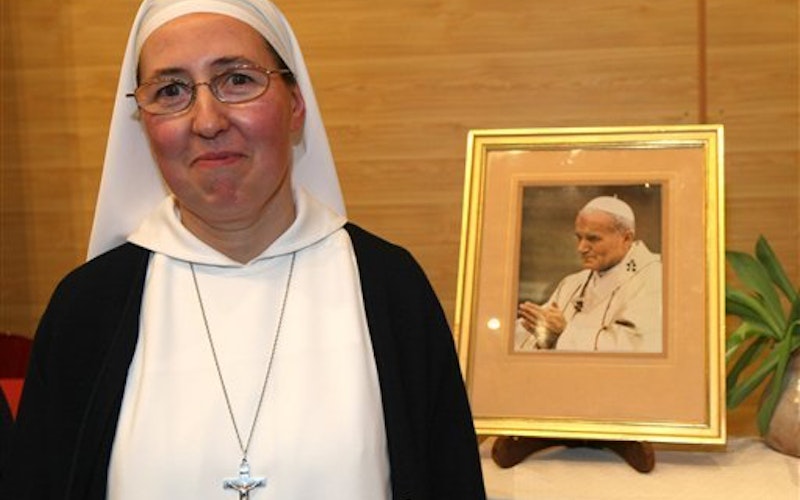 Should we talk to dead saints? 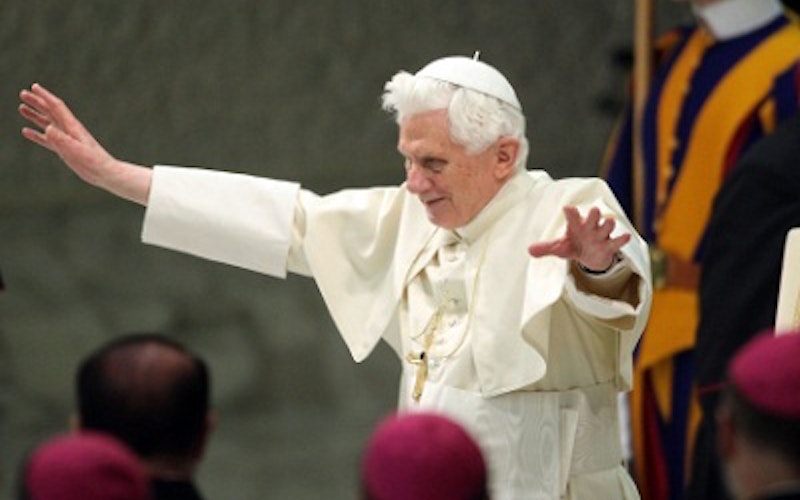