In her recent Wall Street Journal article, “Hard-Wired for Giving,” Elizabeth Svoboda begins by noting that recent discussion concerning humanity’s origins and anthropology has commonly turned on the question of whether or not it is essentially human to live selfishly. In religious and theological circles, the shape of the argument typically goes like this: if Darwin is altogether right and, at bottom, the human condition is about survival of the fittest, then why have we over the course of human history felt an impetus to live otherwise?

According to Svoboda, “the latest science shows that, in fact, we are hard-wired to be generous.” With the benefit of high-tech tools, scientists “are identifying the precise circuits within the brain that control these nurturing social impulses.” The implication of this discovery is the potential “development of therapies tailored for people who have particular problems generating empathy or who want to improve their existing capacity for generosity.”

These developments are exciting in that they suggest that human beings are designed for giving and selflessness. But two problems immediately arise: the first is the question of motivation and the second is the prospect of manipulating desire (re: freedom) to make people be more generous. To her credit, Svoboda mentions these problems in her piece. To the former, Svoboda writes, “the examples others set for us, the surroundings in which we live and the values we most prize also play a significant role in tipping us toward selflessness or selfishness. In the end, what we do with our generous thoughts and inclinations is always up to us.” Regarding the prospect of medicating our selfishness, Svoboda suggests that the researching doctors don’t have “Orwellian” purposes in mind, but in our therapy-saturated culture that’s not immediately reassuring.

For Christians, the suggestion that human beings are “hard-wired for giving” is an affirming discovery. The problem of motivation - the problem of our inconsistent desire to live selflessly - is a question that we, in a humility that identifies with the problem, can speak to. Vital to much Christian thought is the notion that human beings are essentially constituted by givenness. For the person who believes that life is a gift from God, there is a foundation for understanding self-giving as fundamental to human agency and flourishing. To live selfishly is to live outside of the contours of our humanity in a way that is harmful to others and ourselves. But to respond to the gift of life with a gratitude which overflows into a being-for-others lifestyle means not only the prospect of a healthful graciousness, but an underlying, lasting desire which makes sense of that existential purpose.

Without the cultivation of this desire, our generosity is not the fruit of truly free human agency - it’s a lesser counterfeit. Svoboda’s article says that the latest research also suggests that “giving completely for its own sake - with absolutely zero expectation of pleasure or other reward in return - is rare … The better we feel when we give, in general, the more often we do it.” The conclusion is confirmation of John Milbank’s corrective: “resurrection, not death, is the ground of the ethical.” The ultimate motivation is resurrected bodies restored to love’s purposes, enjoying the gift of eternal life with one another in “the new heavens and new earth.”

Here, though, we’ve entered into a different sort of “science” (re: “state of knowing”) - the light of revelation. Understanding life as a gift is a Scriptural - Christological - revelation. Luke 6:38 (“give, and it will be given to you”), coupled with these sorts of revelations in the natural sciences,  makes for a compelling case that life, right down to its molecules, is for the unique giving and receiving of ourselves one to another. It’s that exchange which we all long for - the one called love.

Nick Olson is Assistant Professor of English at Liberty University. He pens a column on film - “The Moviegoer” - for Christ and Pop Culture at Patheos and he's also a contributing writer for Christianity Today Movies and Filmwell. / Image via iStockphoto. 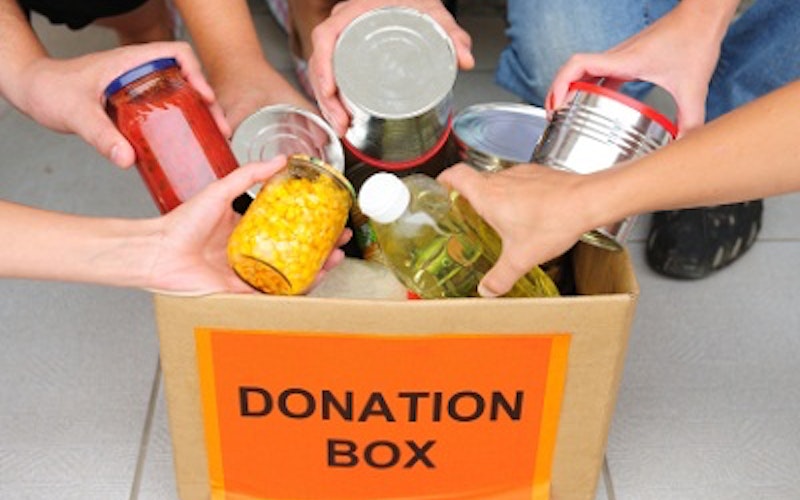 Do church food pantries do more harm than good? 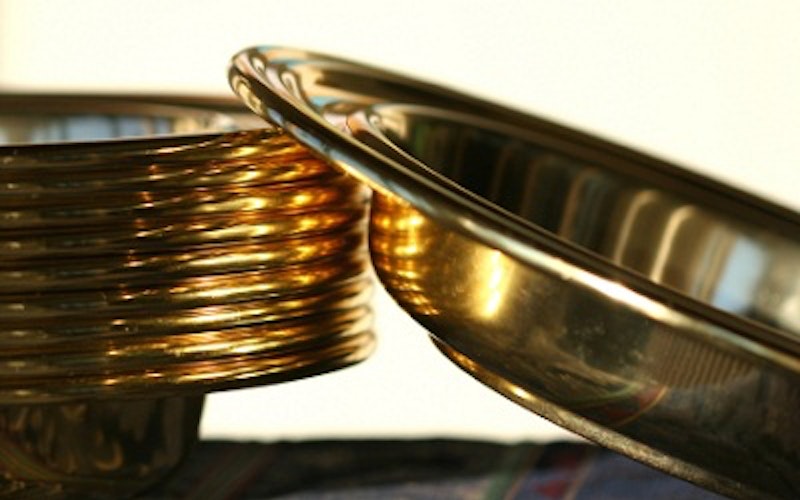 The offering as worship in an electronic age