In the classic 1993 comedy, Bill Murray takes a circular path toward holiness.

In Groundhog Day, which celebrates its 25th anniversary this year, one man’s waking nightmare is the moviegoing audience’s delight.

Punxsutawney, Penn., feels like the end of the world to primadonna television weatherman Phil Connors (Bill Murray). Stuck there on his annual assignment, Phil begins reliving Groundhog Day each time he wakes up, essentially seeing his own existential shadow and plummeting into a seemingly endless winter.

As Connors, Murray is at his most unlikable—and, later, his most princely. The supporting cast is pitch-perfect: Andie MacDowell radiates warmth and self-assurance as his producer, Rita, while there is screen time aplenty for Chris Elliott as his lovable loser cameraman. Director Harold Ramis, meanwhile, lands the broad punchlines and finer moments that make Groundhog Day the best mainstream comedy of its generation.

With its themes of mortality, free will, and fresh starts, Groundhog Day isn’t merely hilarious. It’s not merely anything, but rather wide open for spiritual and ethical interpretation. National Review scribe Jonah Goldberg, for one, noted the film’s expansive resonance with the Catholic concept of purgatory, the Hindu and Buddhist takes on reincarnation, and the Jewish understanding of mitzvahs, or good works. I’d suggest Groundhog Day can also be read as a fable of Christian sanctification.

The key to unlocking that view comes in a scene set in a diner, where Phil supplies proof of his predicament and debates his possible divinity with Rita. “I’m a god. I’m not the God, I don’t think,” he says. Walking Rita around the diner, he relays the histories of its staff and patrons, revealing details he couldn’t know if he only visited Punxsutawney once a year.

“Maybe the real God uses tricks. Maybe he’s not omnipotent—he’s just been around so long, he knows everything,” Phil says, groping for answers.

Before this exchange, when Phil first stares down his situation, he cycles through a number of responses. Once a priest to a very fickle god, the weather, he finds the fates wilder and windier than he ever imagined. He turns to hedonism, eating everything in sight with libertine pleasure and blurring the lines between manipulation and seduction. He dabbles in nihilism, including leading the police on a chase across a train track. He even attempts self-destruction, trying to end his life in almost every imaginable way. Echoing the book of Romans, he does what he wants, no matter how dangerous or dumb, presuming the grace of a new day. He can abduct his furry forecasting counterpart, a groundhog also named Phil, or lift the loot from an armored truck, knowing he’ll wake up free from consequence.

Ultimately, Phil’s theory about God in the diner doesn’t square with his lived experience. He earns a sort of omniscience, but is the very embodiment of 1 Corinthians 13. He has knowledge but lacks love, and therefore is all noise and hot air.

God’s knowledge is not amassed, but inherent. There is no change in God, and that is for our good. We can only change in relationship to such a steadfast being. He creates the conditions—and supplies the unconditional love—that make sanctification safe and possible. Once we accept that love, we can embark on the lifelong process by which we become who God already says we are: holy, righteous, free from shame.

Turning a phrase from Friedrich Nietzsche, Eugene Peterson describes a life of slow growth and certain suffering as A Long Obedience in the Same Direction. That framework eventually fits Phil’s experience, when he turns from his Ecclesiastes exhaustion and begins living into something more akin to the New Testament. Reliving the same day over and over, he develops talents that connect him to his humanity, like playing the piano, and commits himself to repeating acts of kindness, no matter how thankless. He learns to read others not as objects or obstacles, but as infinitely fascinating human beings. He warms to the charms of Punxsutawney’s guileless local yokels, connects with his cameraman, and studies Rita—not for what he can get from her, but for who she fully is.

Phil’s life only turns around once he begins to serve someone other than himself, loves without expectation, and stops trying to manipulate outcomes. The fruit of the Spirit becomes apparent in Phil’s life, and he reaps a harvest of self-forgetfulness and joy that lasts beyond his next encounter with the same morning.

Groundhog Day suggests we can be different people, even in the grind of the same-old, same-old. But we don’t get there by rote behavior, by letting our minds and souls check out. A change of heart must precede any change in our daily lives. The old Phil has to go away for the new Phil to emerge. When we become new creations in Christ, every day is pregnant with such potential. Even if it starts the same as the day before. 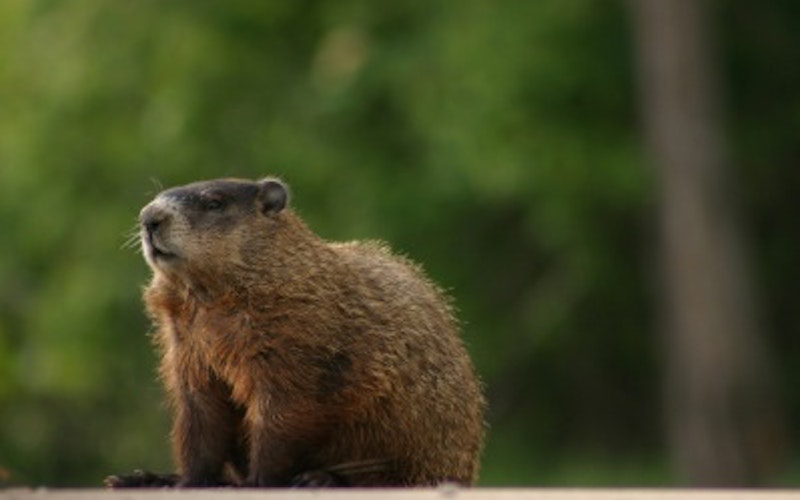