Leave it to The Boss to come up with a whole new kind of record. Bruce Springsteen’s High Hopes is a collection of mostly previously released odds and ends that have been re-worked, embellished and resurrected. Most of the songs were either B sides or outtakes, while some were only ever released as live recordings. Yet somehow the set works in ways Springsteen’s last few studio records really wanted to.

Production credits mostly go to Ron Aniello, and considering the collage nature of the record, he deserves some kind of special award. The songs come from a span of over a decade and yet they feel completely contiguous. The opener and title track, “High Hopes,” which was first heard on the Blood Brothers DVD and PBS special, offers up stock-in-trade Springsteen blue-collar sentiment combined with New Orleans groove and a gospel shuffle. It also offers the first taste of Tom Morello of Rage Against the Machine. A scorching guitarist and a huge Springsteen fan, Morello is all over this set. I’ll admit that I expected him to do that “I’m going to make my guitar sound like a rap DJ scratching records” trick on every track, but he doesn’t. He makes good use of his wah wah pedal, but saves his trademark scratchy thing for the crescendo of “The Ghost Of Tom Joad” - the emotional climax of the disc.

The second track, “Harry’s Place,” is an outtake from The Rising that was left off that record for lack of lyrical fit. Although the song sounds cool, the same problem plagues it here. The tale of backroom, Machiavellian, downtown corruption is seedy, profane and hopeless. I suppose it works as a counterpoint to the mostly uplifting and frequently Biblical references throughout this set, but the multiple F-bombs will make you skip it if your kids are in the car. Too bad, too, since it contains a beautiful sax solo from the late Clarence Clemons and some newly added Morello grindage at the end.

When The Boss gets churchy I sit up and pay attention.

“American Skin (41 Shots)” addresses racism and, unfortunately, feels like a complete re-tread of all of Springsteen’s mellow radio hits, from “Tunnel Of Love” through “Streets of Philadelphia.” That the lyric about the shooting of a young black man is still relevant is sad indeed. Not a terrible song, mind you, just not particularly special anymore. In the same ballpark is “Down In The Hole,” which sounds like it could be using the same base track as “I’m On Fire” in places.

There was a rumor that Springsteen was going to make a gospel record years ago. High Hopes makes me wish he had. When The Boss gets churchy I sit up and pay attention. “Heaven’s Wall,”“Frankie Fell In Love,”“This Is Your Sword” and especially “Hunter of Invisible Game” are all seminars in Springsteen’s unique way of referencing Biblical images at will. This set probably contains more direct references to Scripture or Christian imagery than most CCM records. Beyond the imagery, though, Bruce’s gospel is as vague and universal as ever. It’s “hang in there, you can make it” music, and yet somehow it still sounds 100-percent sincere coming from this mega-millionaire rock star.

Morello’s influence is a plus, adding imagination, tension and energy without coming off like so many veteran rockers do - desperate to connect with youth. Springsteen seems happy to have people jump in the car, but he’s not changing the radio station. The E Street Band, all 30 or 40 of them, fill every available space with layers of guitars, organs, piano, chimes, drums, percussion, backing vocals, strings and horns. This is epic American rock, made the old-fashioned way. It won’t win over anyone that doesn’t already dig The Boss, but I really don’t think he cares anymore. This is what he does, and he does it well.

"JJT” has been chasing the thread dangling between eternal truths and temporal creative experiences for nearly three decades. He is a writer, a businessman, a father, an artist and a seeker. Read more about him at JohnJThompson.com. / Image via BruceSpringsteen.net. 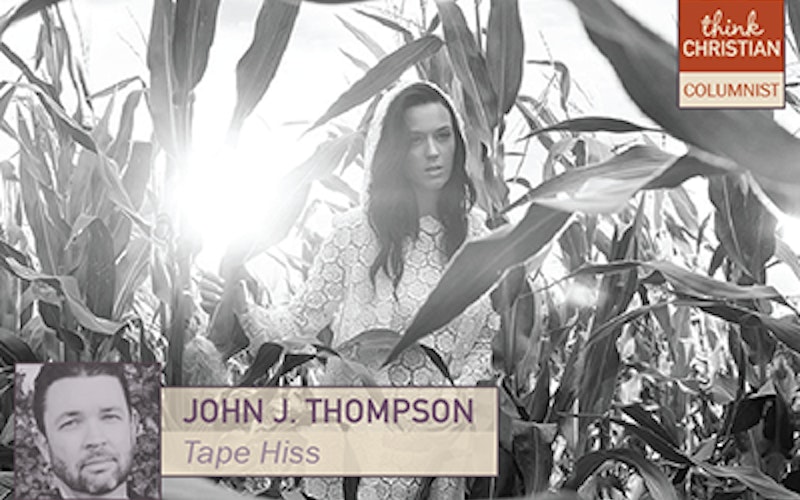