Despite the annoying hipster-love-turned-to-hipster-disdain that hovers around Vampire Weekend like flies on a summer-picnic potato salad, this is a multi-talented, highly literate and fascinating band that recently released one of the year’s most interesting records: Modern Vampires of the City. Don’t let the Pitchfork love turn you off. These lads are worth serious consideration. Super-fans who love spelunking into dense indie pop and chasing every lyrical reference will have enough to keep them busy until classes resume in August, while the rest of us can let these songs bang off of our heads and our hearts, enjoying the ambience even if we lack the requisite time to fully understand what the heck every line means.

For the uninitiated, Vampire Weekend broke onto the indie scene in 2008 with a critically adored, self-titled debut that combined uptown collegiate references, world beat sonics and echoey production to great effect. They definitely made the most of their 15 minutes of adoration, following up their debut with the similarly ambitious sophomore effort Contra. Vocalist and lyricist Ezra Koenig seemed intent on making his entire English major tax deductible. While each of the first two albums earned some time in my ears, neither became go-to spins for very long. Over time they came off as too-clever-by-half, like that one guy at a party that is hell-bent on making sure everyone knows he is the coolest one there.

This time out, however, the band has dropped most world music sounds in favor of a more direct, melancholy pop aesthetic filtered through a host of interesting audio effects and treatments. Even when the tempo picks up - such as the spunky and nihilistic romp “Unbelievers” and the irresistibly catchy “Diane Young” (wordplay for “dying young”) - there is a sort of disconnected sadness beneath the grooves.

Flannery O’Connor might have been surprised at how God-haunted these Yankees are.

Koenig and company manage to contemplate mortality with playful abandon, but it frequently sounds like the singer wishes he could find something big to believe in. “Finger Back,” which is arguably the song most reminiscent of the band's earlier material, references torture and physical abuse along with a Jewish-Arab love story that ends in “blood, blood, blood, blood, blood…” The album then careens right into “Worship You,” a song that gallops through verses which could have come from a maniacal church camp and a chorus that uses hymn-like ambience as it contemplates the vengeance of God. In this song, the congregation seems to be worshiping God out of fear far more than love. Flannery O’Connor might have been surprised at how God-haunted these Yankees are.

Modern Vampires of the City features captivating production, consistently impressive instrumentation and lyrics that provide plenty to consider without giving listeners reference-fatigue. Death is front-and-center here, with references to the “low click of a ticking clock” and “a headstone right in front of you and everyone I know” (“Don’t Lie”.) “Unbelievers” includes this cheery observation: “fire awaits unbelievers, all of the sinners the same - girl you and I will die unbelievers, bound to the tracks of the train.” While Koenig seems obsessed with God and has a reservoir of Scriptural and cultural references to help him articulate that obsession, his version of a deity is a reflection of humanity’s – if not his own - worst impulses, fears and abuses.

If Bono is right and the best music is made by people either running toward or away from God, then Vampire Weekend has all bases covered. They seem to be doing both. Rarely have I found a record so full of criticism and rejection of my faith to be so compelling. 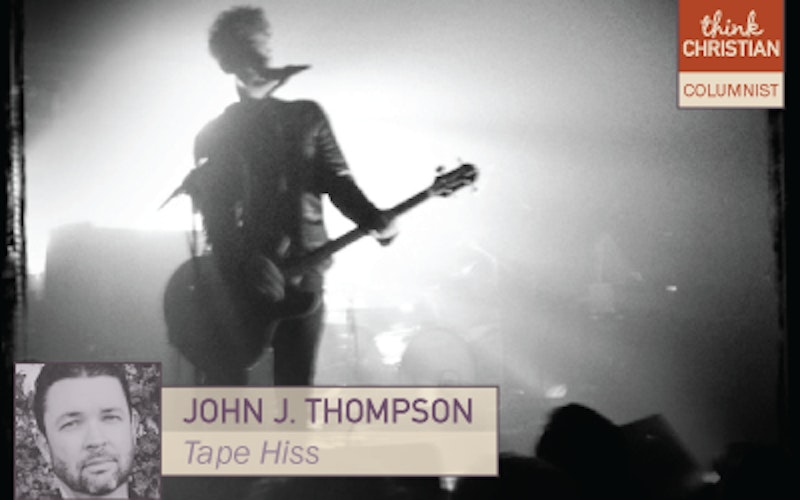