Should Christians watch horror films? An affirmative answer, with help from Dietrich Bonhoeffer.

It's a question I'm continually asked, especially every year around Halloween. I somewhat agree with the affirmative answers others have given: that by focusing on the darkness, there is opportunity to shine a light; that many horror films are built upon an undergirding of morality. But I wonder if there's a way to push this defense a bit further. Might there be a crucial connection between how the best horror films function and a Christian understanding of fear?

Let’s start with that Christian definition, as taken from a 1933 Dietrich Bonhoeffer sermon on Matthew 8: 23-27, entitled “Overcoming Fear.”

Fear is, somehow or other, the archenemy itself. It crouches in people’s hearts. It hollows out their insides, until their resistance and strength are spent and they suddenly break down. Fear secretly gnaws and eats away at all the ties that bind a person to God and to others, and when in a time of need that person reaches for those ties and clings to them, they break and the individual sinks back into himself or herself, helpless and despairing, while hell rejoices.

This grim homily sounds about right, whether we’re talking about the world-shaking fears Bonhoeffer faced in relation to Nazi Germany, the universal fear of illness which he later references, or simply the primal fears we’re seemingly born with. (Say, of the dark.) Strikingly, Bonhoeffer doesn’t deny those fears, but acknowledges them, just as Matthew 8 acknowledges the storm. And this is not an isolated incident in Scripture.

The expression of fear is a more Christian response than the repression of it.

The Bible doesn’t balk at fear. Scripture is wide awake to horror, from the bloodlust of Cain to the zombies of Ezekiel to the more existential despair of the psalms of lament. And so it seems to me that the expression of fear is a more Christian response than the repression of it. Horror in the Bible exists partly to evoke a darkness that will provide context for God’s shining light, but also to acknowledge the deep-seated terror (of violence, of mortality, of despair) we experience in this broken world. To sweep away this fear runs against the grain of the Bible. (Bonhoeffer again: “Those who would try to keep up their pride, as if all this had nothing to do with them, as if they didn’t understand what it’s all about, would hardly be human.”) If we deny fear, we can’t defeat it. So horror helps us take that crucial first step of confrontation.

Consider that the best horror movies aren’t, at heart, simply about menacing figures with sharp instruments. Rather, horror helps us process the things we’re fearful about in cinematically heightened ways: sexuality (It Follows); parenthood (The Babadook, Rosemary’s Baby, Eraserhead); race (Night of the Living Dead); mortality (The Fly); mental instability (The Cabinet of Dr. Caligari); and religion (Night of the Hunter). And, of course, horror movies help us process the debilitating fear of fear itself (The Blair Witch Project).

Wes Craven’s A Nightmare on Elm Street—one of my favorite fright flicks and very likely the only horror masterpiece to be directed by a Wheaton College alum—is essentially about the fear of falling asleep. When heroine Nancy Thompson (Heather Langenkamp) finally succumbs to sleep—exposing herself to Freddy Krueger (Robert Englund), the clawed killer who haunts teens' dreams—she represents the vulnerability and sense of abandonment that is part of the human condition. Often we feel this most acutely when we lie unconscious in our beds, exposed and alone.

All fearfulness is rooted in one fact: a deep uneasiness over our separation from God, and the broken world that is the result. To that, the gospel has an answer, described quite eloquently by Bonhoeffer: “We name the one who overcame fear and led it captive in the victory procession, who nailed it to the cross and committed it to oblivion; we name the One who is the shout of victory of humankind redeemed from the fear of death—Jesus Christ, the Crucified and Living One.”

Admittedly, the horror genre is too focused on fear to always make room for this ecstatic Good News. But maybe that’s what Hollywood musicals are for. 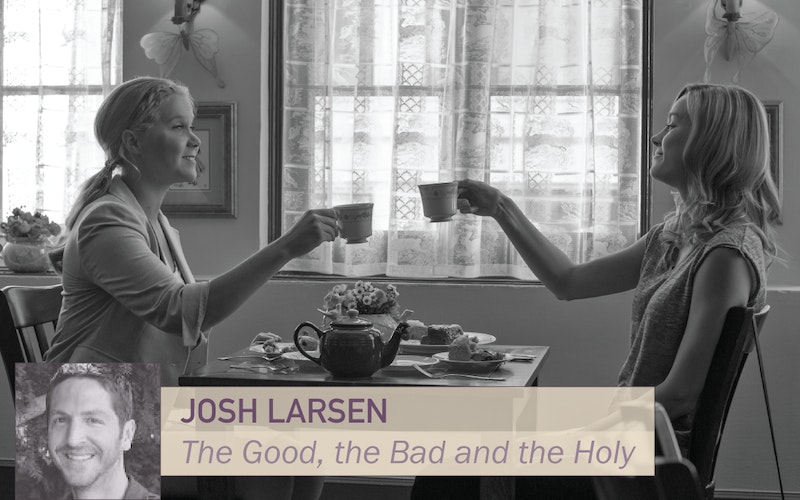 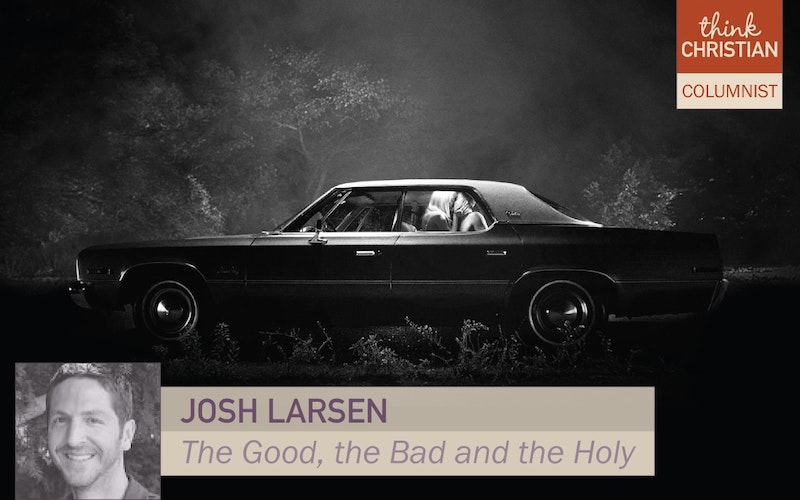 Sex and death in It Follows 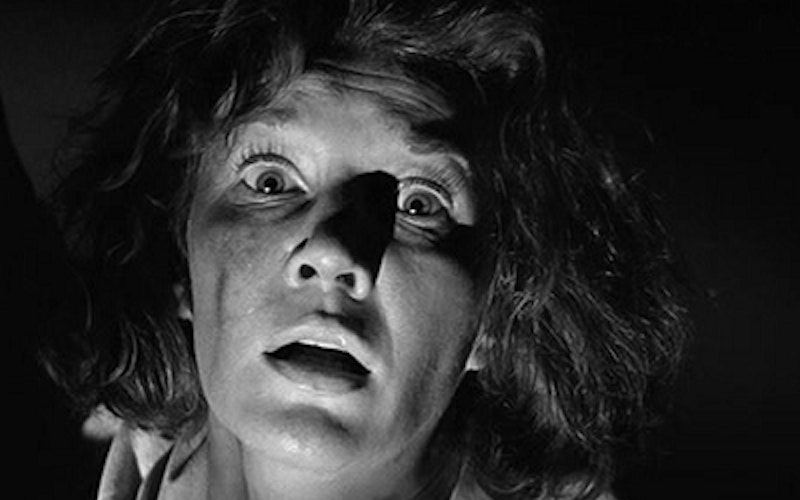