This was great! I think we also pull from the wrong data sources all the time too. Like trusting the advice of pinterest or online mags over the seasoned people around us!

Personally I think data does a pretty spectacular job after Boston. Sorting through a crowd like the Boston marathon and focusing in on the right people (assuming of course they're guilty) used to take weeks if not months. And while in Mrs. Madrigal's case that magazine guessed correctly, I have heard of other cases where (e.g.) a father found out his teen daughter was pregnant when Target started sending her coupons for diapers, based on her other purchases that weren't obviously baby-related. The difficulty is not in the data or even the interpretation but in our expectation that it will be perfect.

I do think, though, that there's a difference between the noise of data and true knowledge. It feels like lies and half-truths can get just as much mileage on social networking sites as well thought-out pieces. Anything that can be boiled down to text over a picture, particularly if it's rage-inducing, seems to get the attention. I find that deeply frustrating because it's the frequency of claims and their outrage factor, not their goodness or truth,

Hello and morning to all

I found this to be very inspring story In my readiness, my eye came across some information that I realize that I needed to hear and read. I feel that technology is or never will detect God when he makes his present or appearences, why because you have to think about who gave man the wisdom and knowledge, and he give mankind diamion over all thing creepy crawlers and animals he gave us athourity upon the earth to make all sought of things in this world. Because none of us will no the day or our that he cometh.

I always said they keep going up on that moon trying to fine a way to live there and trying to fine God . AS much knowledge that god has given unto mankind have they ever stop to thnk that they will not find God up there because God is in the thrid heaven and no man shall enter there in until god reign, but wait one minute I do not want no one to jump to any conclusions . Because the question was why does big data has to do with god.

Many do not read there bible, but it is so true God said your way is not his way. What we look at he do not look at thing the same way we do it is true he looks upon the heart of his children. He said surly I come quickly like a theif in the night no man no the day or our in which he may appear. Just a little reminder do what God want us to do and stop doing what we want to do, as the way that is right seems wrong and the wrong seem to be right they are his words they are true.

While many are sitting there waiting on the lord even the unjust no that we are in the end times yet technology can not detech his coming and his passing by this picture was taken by a child that he thought he was just taking a picture of the lighting in P. A. abot 1 year ago. Have a bless day all and know that he is real and loves us all. 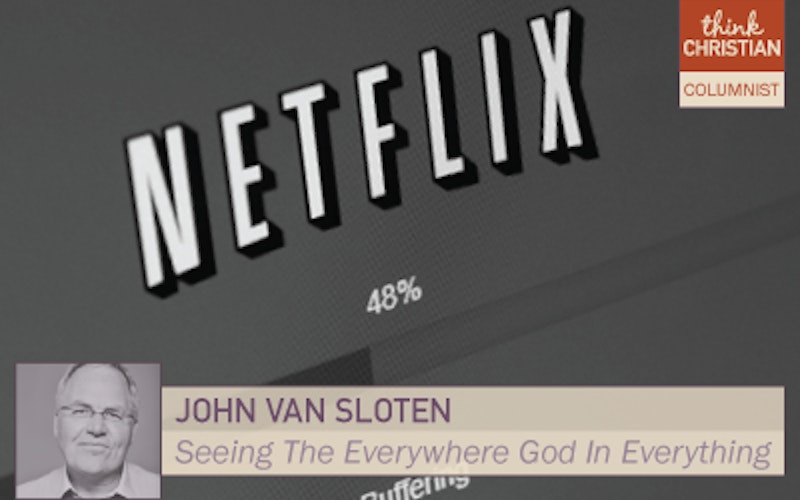 Personalizing Netflix and the danger of closed systems