The reform of immigration policy should be of vital concern to every Christian who is an American citizen.

Editor’s note: This is the first installment in A More Welcoming Way, a series of TC articles on the immigration experience, attempts at reform and the church’s role in the process.

The reform of immigration policy should be of vital concern to every Christian who is a United States citizen. The Old Testament teachings about care for the foreigner among us, Jesus’ teaching on the subject and His consistent mercy towards citizens of other nations are the baseline of the motivation for Christian concern regarding immigration policy. Our ability as Christians to contribute clearly and constructively to the larger public conversation about immigration is an opportunity to demonstrate the motivations of the Christian faith to our fellow citizens who do not share our worldview.

But no other area of current U.S. policymaking needs as much careful effort by Christians. Immigration reform raises a wide swath of questions about the right role and responsibilities for so many institutions: government and citizens in political communities (local, state and federal), families, churches and businesses to name a few. We undermine effective public witness when we don’t do the hard work of developing these distinctions.

Additionally, in current debates among Christians, two Biblical principles are regularly presented as in conflict with one another. Yet recognizing and upholding the Biblical teaching that all human beings are created in God’s image is not the opposite of upholding the rule of law. Recognizing the imago dei is incumbent on all Christians, whether we are talking about policymaking or talking about the myriad other ways we serve our fellow humans that are independent of government. Upholding the rule of law is something that is required for all people, immigrant and citizen alike. But it is also a requirement upon governments themselves, charged by God with creating, administrating and enforcing just laws for all.

Upholding the Biblical teaching that all human beings are created in God’s image is not the opposite of upholding the rule of law.

Christians who are U.S. citizens in local and national political communities which we share with immigrants of varying legal status must resist the temptation to sit on the sidelines. Instead, by examining the different roles held by different institutions in society, we can begin to determine the limits and justice of policy proposals. Citizens must be clear about how policy should work to uphold the right roles and responsibilities of institutions such as the church, business, the family and the political community.

The teaching of Scripture compels Christians to bear responsibilities belonging to church members and citizens. We know that this means that the work of the church as articulated in Scripture may at times put us in direct conflict with current or proposed laws at the most local levels that seek to restrict merciful service to our neighbors. As Christians, we should work for the reform of laws that seek to criminalize merciful acts towards those in need.

At the same time, as citizens we must gain more clarity on the vital role that government holds. Only our federal government bears the legitimate authority and responsibility to create, administer and enforce just immigration policies for our nation. As Christians, we should help shape the contours of our political community such that government is able to fulfill that immense responsibility. It is a season when we are better able to criticize by creating workable solutions rather than pointing out the failures that so many others are quick to point out.

Stephanie Summers is the CEO of the Center for Public Justice, an independent, non-partisan civic education and public policy organization based in Washington, D.C. / Image is from "Voices of Hope," a set of paintings about the immigration experience by Reyna Garcia. 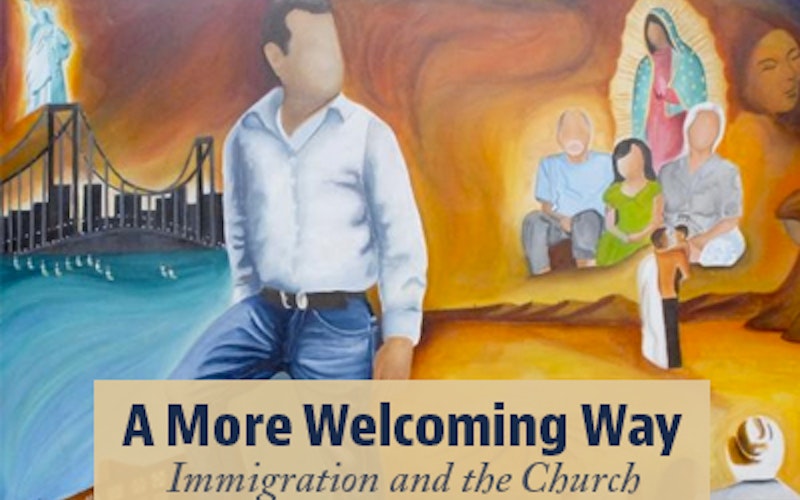 Hope for the children of Honduras

The story of Reyna Garcia